The new Fox animated sitcom Duncanville has premiered on Channel 4 in the UK last Friday at 10:35PM with 2 episodes.

It was created by The Mighty B! (which came out during Nickelodeon’s dark age) creator and Inside Out star/comedian Amy Poehler, Simpsons writer Mike Scully (whose time as a showrunner was deemed controversial by many fans as it ended that show’s golden age) and his wife June Scully and it is starring Poehler as the titular main character Duncan, who is a 15 year old teenager, and his mother.
The show is animated by non-Disney-owned Fox Corporation’s Bento Box Entertainment of Bob’s Burger fame and co-produced by Disney-owned 20th Century Fox (now Studios, unfortunately) Television, along with 3 Arts Entertainment, Universal Television (who, through its parent company NBCUniversal, currently distributes Duncanville) and the creators’ respective production companies Paper Kite and Scullys Productions.

Dlife shut down with a long and ceremonious list of all shows it aired there.

Many Japanese mourn their loss the same way I mourned CN Portugal's takeover, it was their go-to channel
Reactions: animegamer, jasonnguyen2606 and Eggy

This April fools day, VTVCab in Vietnam has brought back some of the returning channels that were previously removed, plus new channels up to the mixed. 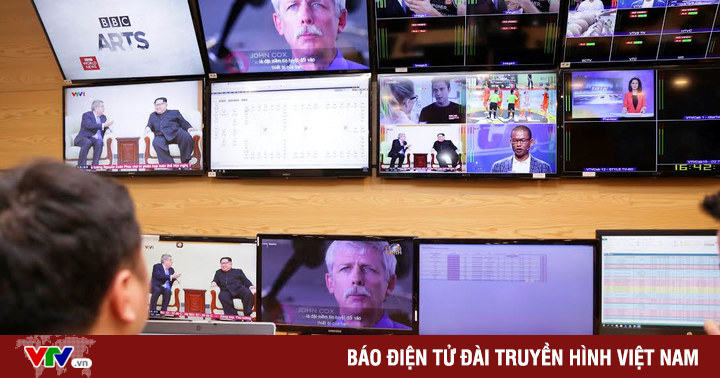 Another April Fools Prank in Philippine TV and others
- Front Row Channel (an all concert channel) has been in Cignal for a few hours from midnight until to advisory same thing as Sky Cable. They believe Solar owe this but Jungo TV (which has a partership with GMA Network) really owes this and its been on Cablelink & G-Sat. This needs to be back real soon.
- On MTV Asia, they played Doja Cat's "Say So" (which trends on TikTok) has the Push bug. I wish its not a joke.
Reactions: jasonnguyen2606

jasonnguyen2606 said:
This April fools day, VTVCab in Vietnam has brought back some of the returning channels that were previously removed, plus new channels up to the mixed.

Nice thing that they brought Animax back.

Wasn't Animax banned there for being too inappropriate?
Reactions: jasonnguyen2606

RandomMe said:
Wasn't Animax banned there for being too inappropriate?
Click to expand...

This is what I'm questioning also.

RandomMe said:
Wasn't Animax banned there for being too inappropriate?
Click to expand...

They only banned dark anime on daytime, the channel here in the Philippines was rudely marked as Kids channel. But it has too much blood and other mature content, that channel isn't supposed to be for children, what if worst they grew up about crimes.
Reactions: jasonnguyen2606

In Portugal, Animax was never a kids channel.
Reactions: jasonnguyen2606

RandomMe said:
In Portugal, Animax was never a kids channel.
Click to expand...

Same. It's always been listed in Entertainment category here.

For those who don't know, MTV Classic UK last month changed to MTV 80s, as a pop up channel, and its logo changed not to a classic MTV 80 one, but to a older MTV one, so I probably feel like some got confused while looking for it, as some platforms do not show the text of the channel, but just the logo

However, the graphics were pretty impressive

MTV International has used the #AloneTogether on their bugs as of yesterday.
Reactions: Checkerboard and jasonnguyen2606

ITN Sri Lanka. They changed back to their old logo (Swarnavahini feels) but made new slides:

ITN Sri Lanka "End of transmission". With the updated ITN Sri Lanka logo the slide lost the antique value it had.

The Dutch Dreamworks channel is still up and running and I have some screenshots.
Up next:

Yesterday, My-HD, due to last January’s closure, FOX Network Group ME channels are being removed from it’s frequency. The Nat Geo and Star channels are remaining on both OSN and beIN. The other FOX channels (FOX Rewayat, FOXLife, FOX Crime) are now exclusive to beIN.

The first frequency of this package, 11727 H, has dropped both Star Movies and StarWorld, Nat Geo HD, Nat Geo Wild, FOXLife, and FOX Rewayat from the same frequency. On the other hand, FOX Crime remains, but being blank with a message written as Service Unknown.

The other frequency of this package, 11823 V, has dropped Nat Geo People and Baby TV. Both channels are blank with the same message (Service Unknown). The only channels that are working on the frequency were GMA channels.

Lkoui said:
The Dutch Dreamworks channel is still up and running and I have some screenshots.
Up next:
View attachment 281669