That should be "Dana" Barrett. Just saying.

19MagiswordLane said:
Sigourney Weaver will reprise her role as Danna Barrett and confirms the return of Murray and Aykroyd: 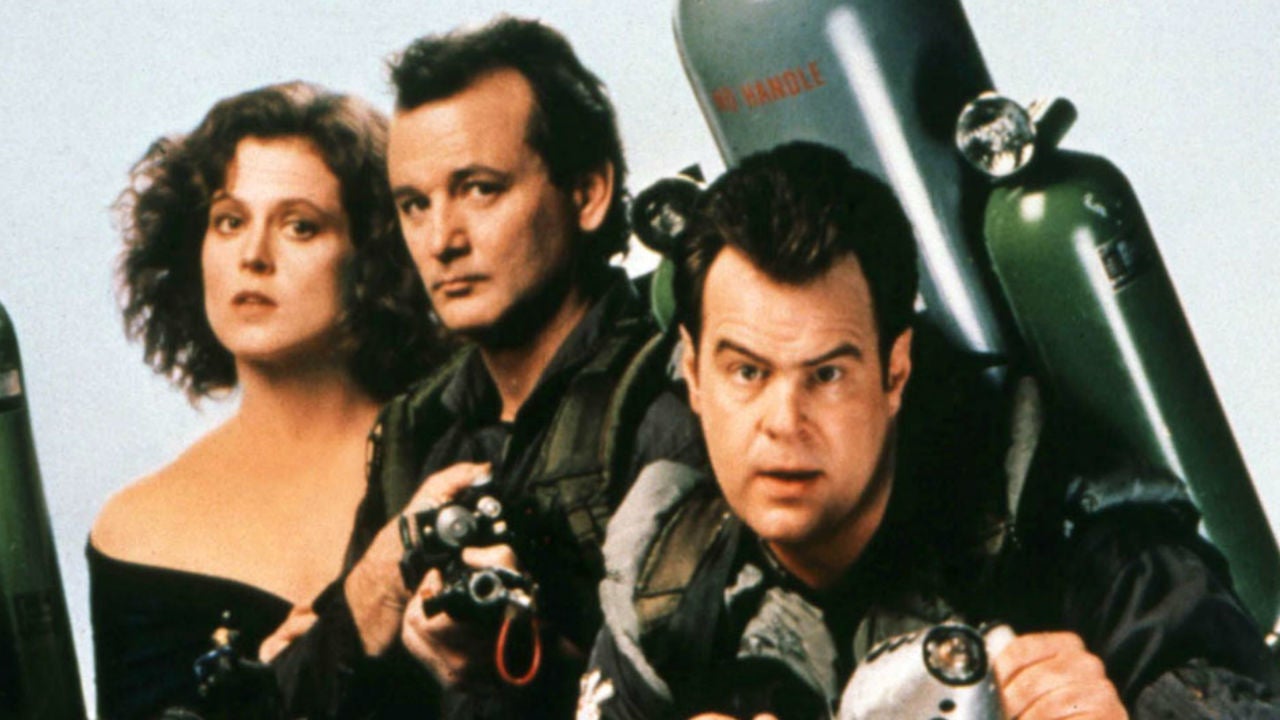 Sigourney Weaver says, “It’s going to be crazy working with the guys again!”

At Ghostbusters Fan Fest, Jason Reitman revealed Murray, Aykroyd, Hudson, and Weaver all read the script and briefly commented he wants to recreate the feeling of 80s movies being both funny and scary.

Paul Rudd will be cast as a teacher: 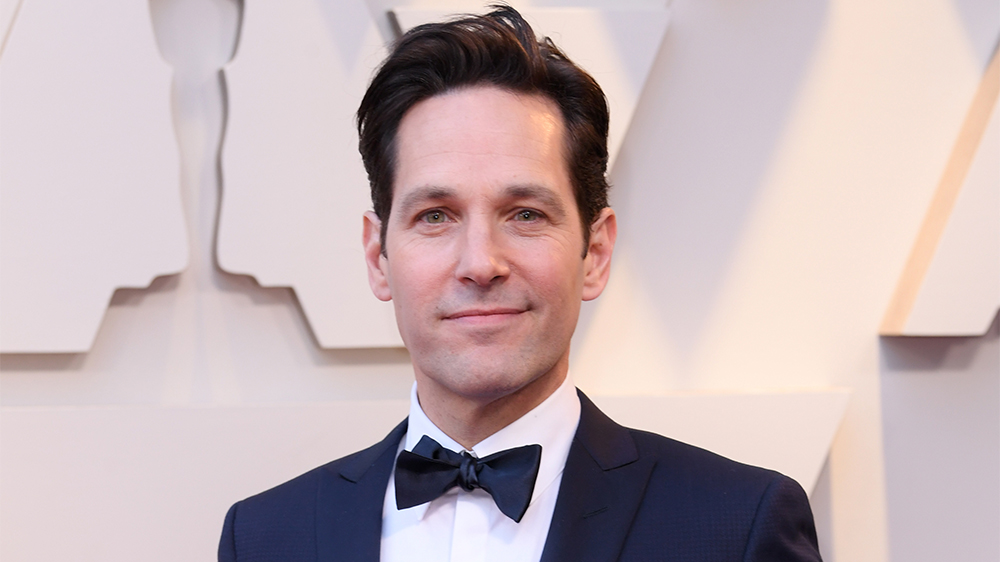 Paul Rudd is in final negotiations to join Sony’s latest installment of “Ghostbusters.” Sources tell Variety Rudd will play a teacher in the film. Carrie Coon is also in talks for the not-so-…

I love it! I always wanted him to be in a Ghostbusters movie.

7/12: Reitman posted the first photo from the set in Calgary.

7/15: Film crews set up shop near the Red Cross Building along 13th Avenue Southwest in the Beltline region of Calgary on Monday, the first day of principal photography.

7/16: It was reported production vehicles started setting up in Turner Valley at the old Turner Valley Gas Plant. Filming would take place sometime in the week. Production trailers and crew parking were set up at Riverside Park along Decalta Road.

7/22: It was reported filming would take place in Fort Macleod from August 8 to August 13.

A production schedule for Crossfield was later posted. On July 26, filming was done inside the Wills Place Cafe looking out to the street then inside the Howes Bros Hardware Store. On July 29 and 30, filming was done at the W.G. Murdoch School. On July 30, filming moved to the Enjoy Garden Chinese Restaurant. On July 31, filming was done at Murdoch and Enjoy again. Filming is scheduled for Murdoch School again on August 1 then interior filming at 1112 Railway Street on August 2, 6, and 7. Filming at Crossfield Automotive was also scheduled for August 7. There was also exterior filming where the street and gravel parking lots off of Railway Street are in the background which involves a character driving a vehicle down Railway.

Photographs from the W.G. Murdoch set were posted, including one of Crossfield Fire Department firefighters with Captain Joe Holstein, a sheriff's vehicle for a Summerville County, a diner, an auto repair shop, older model vehicles with Oklahoma plates, a Summerville Middle School school bus, and two shots of Murdoch's exterior.

8/2: More info on filming in Fort Macleod was revealed. Filming is tentatively set for August 8 to August 18. The location appealed to the filmmakers for its timelessness, especially the main street. Macleod will represent "a nondescript town in Oklahoma." None of the stars are scheduled to work there. The scene filmed will basically be a driving scene, and it will have stunt people and stunt drivers. The scene will only be in the film for a few minute. The production will use about 100 to 120 crew. Filming will shut down portions of 2 Avenue and 24 Street. Dan Aykroyd was seen on a Calgary set. An old Stay Puft Marshmallows ad was sighted at a set.

8/3: A photo of the Summerville County Sheriff Department exterior was posted.

8/5: 8 photos from the Crossfield set were posted of the Ecto-1, W.G. Murdoch school, and a Chinese restaurant exterior.
Last edited: Aug 5, 2019

Yep, Ernie Hudson is coming back:

Just days after Dan Aykroyd announced that he’ll be reprising the role of Ray Stantz in Ghostbusters 2020, it seems we now have confirmation on the return of another original Ghostbuster in Winston Zeddemore, with Ernie Hudson having confirmed his involvement with the Jason Reitman-directed...

Just days after Dan Aykroyd announced that he’ll be reprising the role of Ray Stantz in Ghostbusters 2020, it seems we now have confirmation on the return of another original Ghostbuster in Winston Zeddemore, with Ernie Hudson having confirmed his involvement with the Jason Reitman-directed...

The weird part is Hudson's video confirming it was back on August 27, it's like this online service, pay some money, and a celeb records a short message for you. In this case, it was a birthday greeting and he mentioned he was filming.

And also on September 12, Aykroyd confirmed he was also in the cast while he spoke to Joe Rogan on his podcast (01:46:49-01:46:52). Then on Friday, during the Halloween Horror Night red carpet, he confirmed some descendants of the original Ghostbusters are part of the new cast (00:40-00:59) and Ivan Reitman revealed (01:02-01:13) Rudd's character is a seismologist who goes to a small town experiencing mysterious earthquakes and teaches summer school there.

If Hudson and Aykroyd are back that should hopefully mean that Murray is back as well. I mean Bill was the big reason that Ghostbusters 3 didn't get made because of his own unwillingness to back to the material. And if this is banking itself on being a "true" follow up by actually having the characters from the original not just the actors I hope that means he swallowed that ego to come back as Peter one last time.

Neo Ultra Mike said:
If Hudson and Aykroyd are back that should hopefully mean that Murray is back as well. I mean Bill was the big reason that Ghostbusters 3 didn't get made because of his own unwillingness to back to the material. And if this is banking itself on being a "true" follow up by actually having the characters from the original not just the actors I hope that means he swallowed that ego to come back as Peter one last time.
Click to expand...

Members of the crew are starting to post today was a wrap on filming.

11/9: Here's what Aykroyd said in the interview.

-22:00-22:40
Jason Reitman wrote a beautiful heart felt script that takes the real DNA from the first two movies and transfers that directly to the, uh, third -- next generation. Hands off the legacy to the new generation of stars and players and actors and, uh, characters and, uh, we've shot our parts. Myself, Murray, Sigourney, and, um, Annie Potts and it was really exciting working with this new idea, new take on the story which, uh, Jason who is really incredible and fine filmmaker came up with so I'm pretty excited.

-24:33-24:37
And of course in this we will recognize him [Harold Ramis/Egon Spengler] in this film in some way. However small.

He already confirmed he was during a press event in Italy last month. The only one that wasn't confirmed yet that Aykroyd mentioned was Potts. But it's good to hear Murray, Aykroyd, Hudson, Potts, and Weaver will all be in the movie.

12/2: Movie is titled "Ghostbusters: Afterlife" and the trailer should be out this or next week.
Last edited: Dec 2, 2019

Vanity Fair's article where the first image is from. New info and stills. And the trailer is on Monday.

The trailer has been released.

We don't really get much of the old cast (who I am hoping is doing more then just showing up in cameos) and I admit the only laugh I got out of this one is the kid going "remember the summer we died laying under the table?" but I admit I do like the look of this one and honestly I am glad that isn't a world where no one believes that ghosts exist but rather one where they just haven't been seen for awhile (it's kind of confusing in the marketting and talk of this film if the events of Ghostbusters 2 happened though as a lot of the promotional material talks about the last big experience was with Stay Puff but doesn't mention the statue of liberty rising because of Vigo the carpartian or anything like that) and that yeah the grandfather since they mentioned him being dead is obviously Egon Spangler because this way they can have a connection to Harold Ramis's character even after his tragic passing. Thus we'll likely see the other Ghostbusters and co seek out this guy's family when all of these ghost signs come back. Also do like how we are focusing more on kid ghostbusters which honestly due to how child focused the franchise went you'd think we see more of but haven't. Like even with Extreme Ghostbusters that was still college aged "kids" not the actual kids seen here. So yeah giving this a chance like i did Ghostbusters 2016 which I enjoyed even if no one else did. Though if this movie flops I hope this is a sign to END the Ghostbusters franchise because it would be clear even getting back the original people in the original continuity it can't really be revived in this day and age.

Funny enough, what I'm thinking about most now as I watch this trailer is how different this will feel taking place outside of New York. The city was always a huge part of the franchise but I'm really curious to see how they do with this different setting. I'm really digging the shots like the Ecto 1 tearing through the field or the small town.

Sent from my SM-G960U using Tapatalk
You must log in or register to reply here.

But good lord this is cringe. It straight up looks like a 2001 Newgrounds cartoon. I'm suprised Foamy the Squirrel didn't pop up
Yesterday at 3:11 PM •••

ProtoGentIsDead
I could find some stuff that was relatable from Kansas City.
Sunday at 12:50 PM •••