The last five years or so have seen a major boom in the desire to watch more and more anime. Part of it comes from streaming services like Crunchyroll allowing people to view Dubbed and Subbed animes that they couldn’t access before, some of it is brand new animes being offered to everyone across multiple platforms, and some it…is just because these animes are REALLY good. One of the torch bearers of this movement is without a doubt My Hero Academia, which has been a beloved series since it basically came out.

The story of a world full of quirks and the boy without one who is destined to be the “Greatest Hero” has charmed and wowed many with its large cast of deep characters, great animation showcased in fights and beyond, and how they keep it “real” while also keeping it fun. For four seasons now My Hero Academia has been going strong, and now Season 5 is coming…and a new image seems to indicate when exactly it’ll arrive. 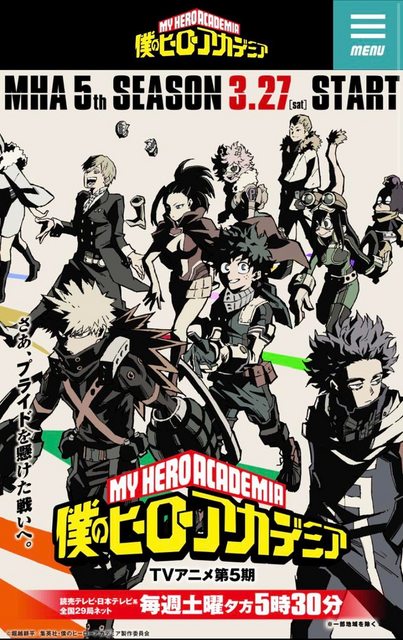 Needless to say, this will be a huge joy to fan all over the place. As the fifth season has been a LONG time coming, longer than most wanted it to be. But, because of the global pandemic and other factors things have gone a bit more slowly than desired. But that just means that when it returns everyone will be glued to their screens.

Plus, the manga for the show has been going strong and fans have been latching onto that as well.

While overall details for Season 5 have been scarce, the poster reaffirms what was shown in the teaser trailer in that this is going to be a year of Class 1A vs Class 1B. But where that will go and how that’ll play out with the other storylines that have been going on…is unclear. But it is exciting! Time to go Plus Ultra!