With Spring 2020 underway, I figured a recap was due for what I thought was an unusually varied season.

As isekai was all the rage for quite some time, 2020 Decided to Go Back to the Basics: 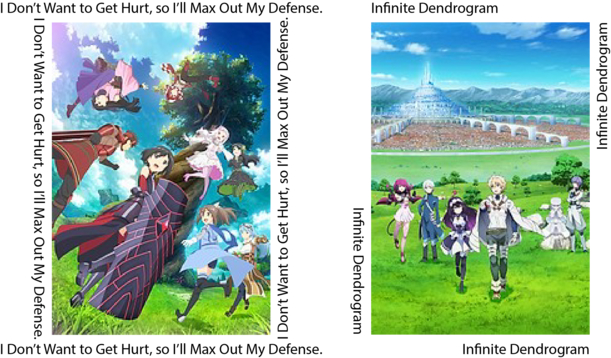 Unlike most recent isekai, the characters here aren't trapped in their respective settings
which are nothing more than massively online multiplayer virtual-reality games.
The one with the female main character is fairly light-hearted, whereas the other is building this
conspiracy within the digital sphere regarding player killers.

The Gaming Trend Continued in the Real World: 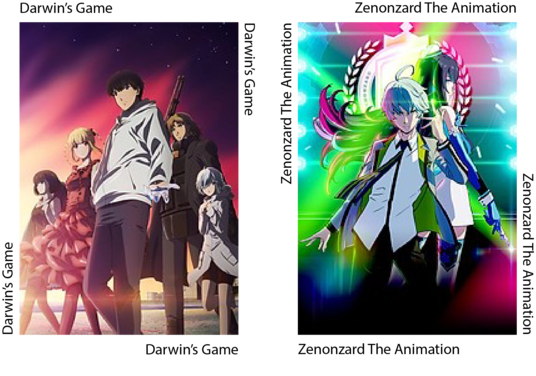 The MC does get dragged into these scenarios. In D-Game, strategic battle royale is back on the menu
via a mobile app which grants their playerbase with individualized unique skills. In Zenonzard,
it's another card duel tournament with holograms. Wish it was more than an advert for the product. 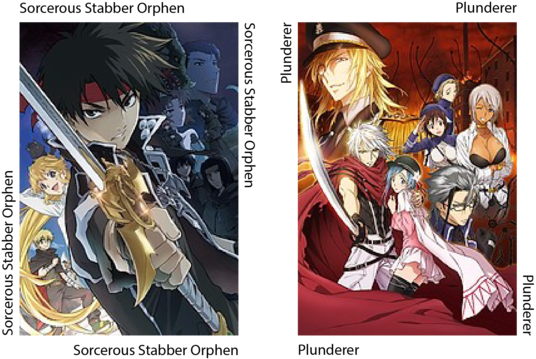 Both feature a seemingly retired magic wielder doing odd jobs to keep afloat.
Orphen named himself as such because he ran away from a monastery after his sister
became something no one knew how to rectify and eventually that past comes back to bite his
current life. Plunderer definitely had an interesting premise with all the people
in the world forced to do a specific task or else they essentially perish, but it is basically
a rather aimless reprise of Seven Deadly Sins maintaining its place
as the long-form shonen of the season.

An Assortment of Monsters are Paved Along these Characters' Journeys: 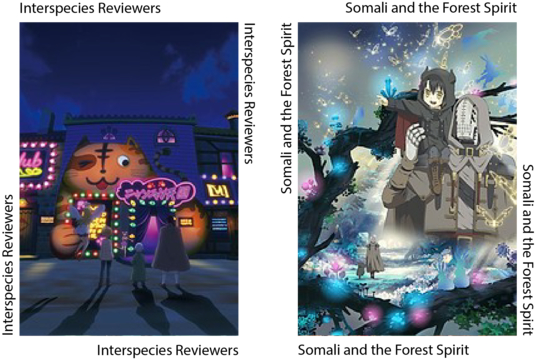 The Interspecies Reviewers offer their critiques to brothels in a bustling era of sword & sorcery.
Also, oddly the second educational show of the season and the only other one split into
half-hour segments with a funny little public service announcement as the epilogue rather
than a teaser for the next ep. In Somali & the Forest Spirit, a golem finds a little girl, but the trouble
is she may be the only one of her kind and its paramount that her parents are out there in this
strange post-human world. 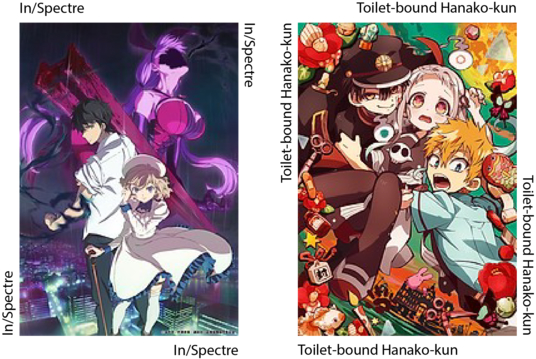 What I assumed was going to be an anthology for these two supernatural social workers
wound up being an incredibly pensive murder mystery in trying to outwit an entity that
can only be defeated through the power of internet. Toilet-bound Hanako-kun,
on the other hand, is certainly more like that episodic escapade. The black outline of the
art style looks familiar.

People are still the Most Fearsome and Eclectic Creatures: 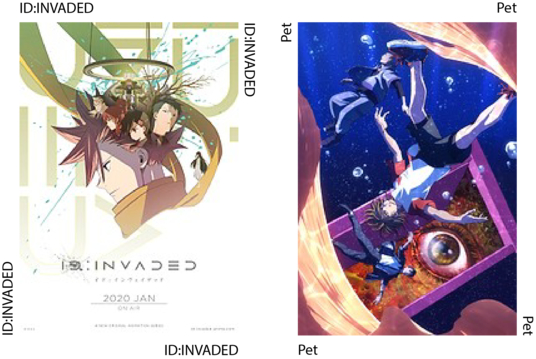 Source Code in one corner and Inception in the other.
Technically they're both inspired heavily by Satoshi Kon's final film, but the approaches
couldn't be more different. Invaded has the police utilize a particular machine to track down serial killers
and throughout the season the overall mystery is unraveled until the metaphorical powder keg explodes
for the finale. Pet is about a group of people within a criminal organization manipulating others and eventually
each other out of duty to that mafia or personally motivated altercations. Most notable of all is the bilingual nature of the series with both Chinese & Japanese speaking characters.

Imagination Has Not Been Taken for Granted Here: 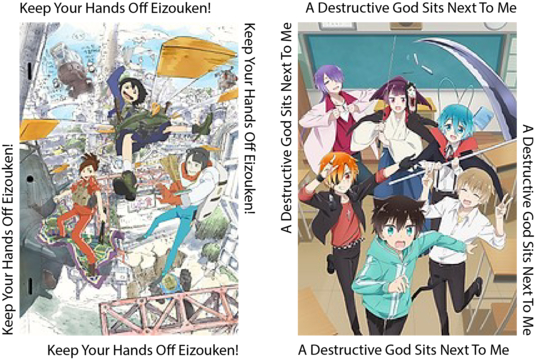 A trio of high schoolers made a pact to produce anime and the first episode grips the viewer with
their shared dream of a single pitch with a couple of drawings the artists drew up.
To the right, is a sitcom about a normal kid getting wrapped up in his classmates' fanfic. 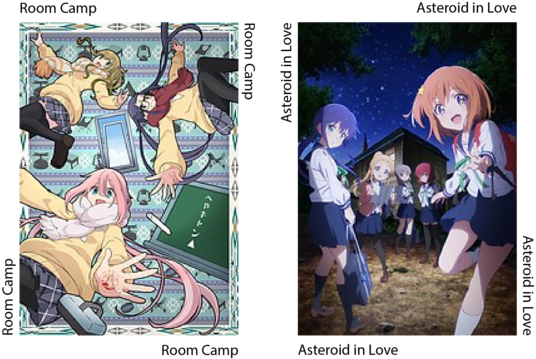 The title spells it all out for Room Camp. With a short runtime, it's an effortless and efficient comedy
on how these girls bring the outdoors to the indoors in what seems to be the shoe corner of the average
Japanese school. Asteroid in Love has some girls take a typical star-gazing club to be a hunt for you guessed it...
no, it's really just another moe show.

Two CG Series and One of Them is Arguably AOTY: 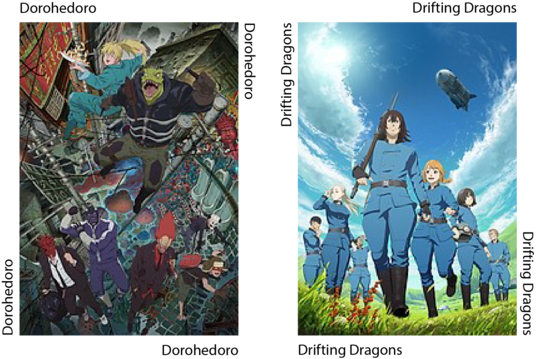 Just when I thought I've seen the dingiest or grungiest show out there, Dorohedoro comes along and depicts a world where an apocalypse may have sort of came and went; left behind the weirdest cast of survivors who seemed to get by through sheer magical coincidence. Drifting Dragons is more conservative with a band of dragon hunters and the stories they've weaved in the skies.

So...What Do I Mean an Evolution?

From left to right, there's a really interesting transition of talking "animals". As if there weren't enough Nobunaga alternate realities, here's Oda and his generals revived as pets. This is the first stage of the evolution because the voice-acted dialogue of the various critters are internally expressed. Uchitama is a sitcom, one of the best of the season, detailing the secret life of pets. In the presence of other humans the characters are depicted as cats and dogs, but other times they're anthropomorphic with limited understanding of humans and their surrounding just as if they were still those exact animals. I was conflicted in deciding which of the last two was more "evolved". Nekopara is really an excuse for moe catgirls doing cute things, but the perspective of interaction is perplexing. Other people see them as cats (no animal stand-in, just shown as they are) and they themselves do act & react like cats on occasion, but at the same time they're helping out at a cafe and a chef the way normal everyday humans would. Seton Academy is less confusing, since all the animal hybrids are just that and for whatever reason male animals aren't simply characters with ears and tails. The weird part seems to be that there might not actually be any other humans outside of the school and the implication is that the main character and his crush are basically next generation Adam & Eve OR perhaps with the presence of extinct species as the schools' faculty and/or alumn, this isn't "next generation". Ether way, it's been another well-worth informative comedy.

Sound off below if you've seen any of these and what have been your thoughts regarding them?

Every winter, there is usually one anime that I get into. This year, that show is BOFURI. It takes a few episodes for the show the really get into motion (as the first two episodes involve the main characters getting their signature armor), but once it does, it's a fun, cute show that is a lighthearted take of the VRMMORPG genre.

This was the first season I watched a lot , I usually pick 1 or 2 shows and stay on those.
Somali & the Forest Spirit has great backgrounds and style too it,it really messed my emotions some times. Great mixture of heartwarming, depressing, and fun.
Toilet-bound Hanako-kun, was fun, the different ghosts were interesting , Hanako's back story was sad, and one of the did make me cry a little.
Keep Your Hands Off Eizouken! I didn't even know about this show, until I saw the OP posted the day it premiered. I had to see this and I'm glad i did. it was great! The main trio of girls are different but complement each other so well. I loved seeing imaginative scenes, the city has this great wild design, I would want to visit it , if it was real.
A Destructive God Sits Next to Me, I enjoyed this show, the main character is like a straight man to all these weirdos around him but, it did make me laugh. It had some moments of heart too.
Uchitama was really relaxing, loved the pets' personalities they were unique. The comedy and heart were great minus a couple misses but overall great.
Seton Academy was the strangest thing I saw this season, but I enjoyed it, loved the animal facts they did. It was a fun comedy.

I also caught up the 2nd half of Demon School, and am glad it's getting a second season. I will check out Bofuri , it seems like it might be fun, I've heard, so I'm gonna watch that at some point. Was a good season.
You must log in or register to reply here.

Best and worst rival characters in the Pokemon anime 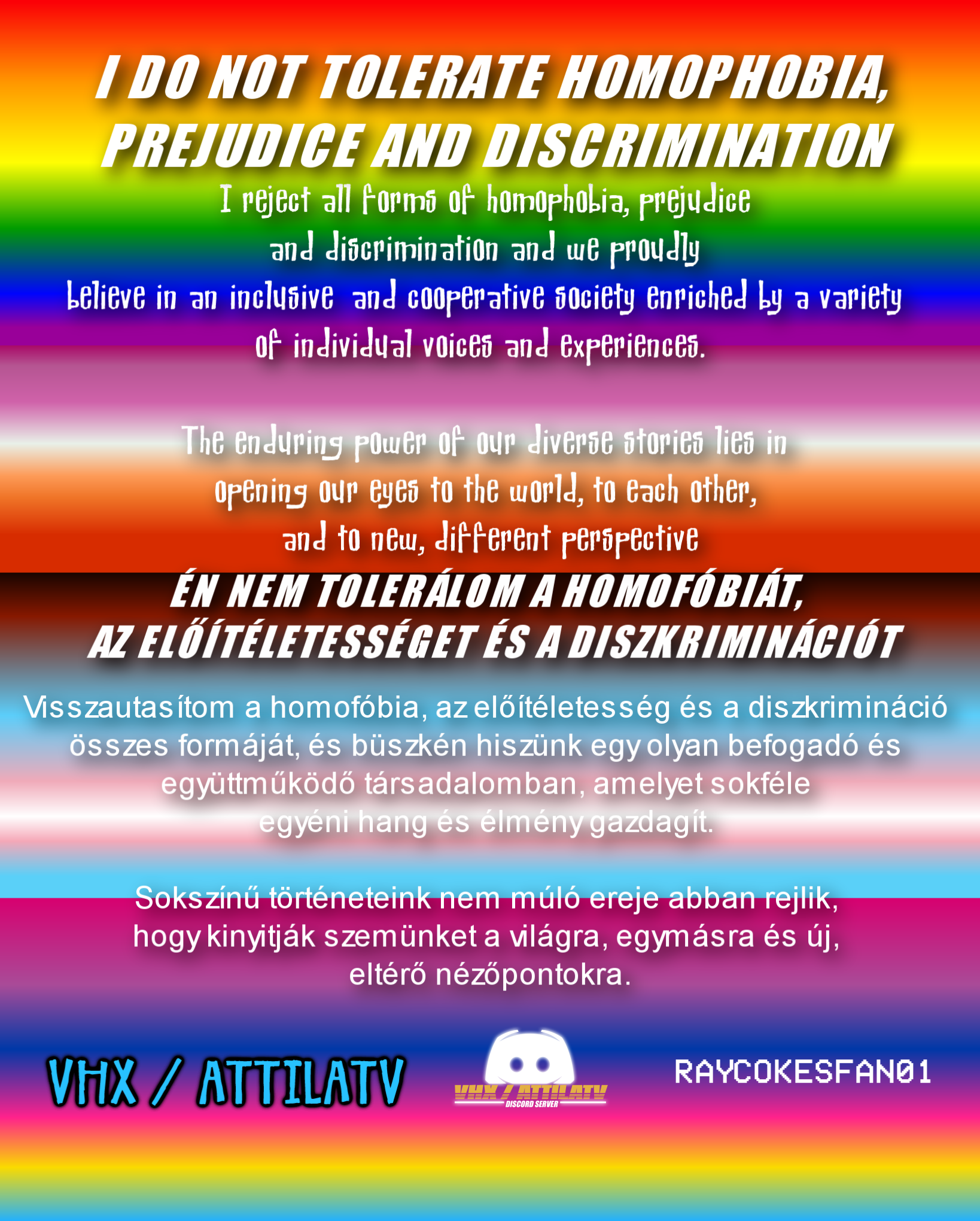