When did you stop watching Saturday Morning blocks?

I stopped watching Saturday morning blocks by the time Fox discontinued 4KidsTV. I really didn’t watch the CW, besides in my area (Sacramento) CW aired their Saturday lineup late afternoon so I mostly passed on it as I watched Cartoon Network more often. 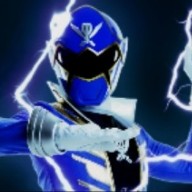 Probably close to when they stopped initially tbh. Caught KidsClick for a while when it aired, but that's gone now too.

The Man, The Myth, The Cartoonist

Well I stopped watching Saturday Morning blocks after they stopped the last one, Vortexx on CW in 2014 which really killed my soul. It has a special place in my childhood, R.I.P.

2010, when I went to college and started staying up super late on Fridays and waking up around 10 on Saturdays.

When ABC Kids was replaced with educational stuff in 2011. God, I miss ABC Kids.

In 2002. I got cable about a year prior, and slowly moved away from Fox Kids/Kids WB and moved on to watching Cartoon Network full time. "Kids WB" ended for me with the final episode of "Batman Beyond" in late 2001.

EDIT: Well, I did tune in every once in a while past 2001: I remember watching some episodes of Yu-Gi-Oh and "X-Men: Evolution" in 2002 and 2003, and some episodes of Xioalin Showdown around 2004...but I stopped faithfully tuning in each Saturday morning in early 2002.

Over all it was 2011 for me; with ABC kids dying really.
Reactions: wonderfly

In the now, man

I want to say after the first season of The Spectacular Spider-Man, around spring-summer 08. If I recall right, the first episode aired on the last day of Kids WB!, and the rest of the season aired on CW's more generic Saturday morning block. That felt like the last incentive for me to get up and watch cartoons that early- some shows of note would still air weekday mornings, mostly on cable and I'd usually just DVR them.

It's probably worth noting that I was only a casual Kids WB! watcher around that end point, anyway, occasionally sticking around to see Tom & Jerry Tales and some other shows they had on if I happened to be awake that morning. i think the last time I was actively watching a Saturday morning block was a few years earlier, when I was more into Pokemon, Digimon, and (especially) Yu-Gi-Oh!, and would switch between Fox Kids and Kids WB!... give or take a little bit of ABC's more interesting shows, like Fillmore! and Lilo & Stitch.
Reactions: wonderfly

The main blocks I watched were Nick on CBS and Kids WB, and I really didn't watch Fox Kids/4Kids, Disney's One Saturday Morning, Disney's One Too, and ABC Kids that often.

I pretty much stopped watching Saturday Morning content around 2004. I watched 4Kids, Toonzai, and Vortexx sporadically up until 2014 with a focus on Kirby and Digimon. I was never interested in the Disney live-action series, which was one reason why I almost never watched ABC Kids.
C

Probably 2008-2009. Studying took most of my time plus I rarely wake up early on Saturdays not unless there's an event or errands.

Can UK Saturday morning blocks be included for this thread?

I'd say a little before CW's Vortexx ended.

Honestly, Saturday morning blocks never really caught my interest when I was a kid. I had channels like Nickelodeon and Cartoon Network growing up, so there was no need to wait until Saturdays to watch shows. I believe I have occasionally scanned through some like Kids’ WB and all that, but that’s about it.
The last one I recall somewhat seeing, in my humble eyes, is Vortexx on the CW, but I guess nobody really gave a darn about 4Kids programming anymore, because that went down the tubes fast. Oh well.

none of your business

With the end of Cookie Jar TV, although I grew up with cable networks and- when I was really small- PBS.
D

Although I grew up in the UK, Saturday morning blocks were slightly less popular when digital was around, they were quickly replaced. Probably the last time I watched a Saturday morning block was probably 2010-11 since this was when ITV's Toonattik lost their presenters and instead was a unpresented cartoon block. Barely lasted a year. It was also the same time when BBC basically stopped airing children's programming on BBC1 and BBC2. I never really watched many Saturday morning blocks after this since I already had Cartoon Network, Nickelodeon and basically whatever else Sky had.

If we talk about over-the-air networks in a strict sense, it was when SIC stopped airing Fish Hooks (a series DC PT didn't enjoy) and when TVI stopped airing SpongeBob. This was in 2014.
You must log in or register to reply here.
Share:
Facebook Twitter Reddit Pinterest Tumblr WhatsApp Email Link

TheJLeeTeam
If Flintstones = Grand Dad, what does Yogi Bear equal? Grand Bear?
Today at 1:15 AM •••

I.R. Shokew
It took me all day and most of the month, but I finally got my 2 laptops upgraded (SSD, new RAM, replaced any and all broken parts, full cleanup of useless programs and salvaging useful ones). It was rough work, but I enjoyed every minute of it!

Someday, I'm gonna do this for a living, honestly.
Yesterday at 9:26 PM •••
A
Asa
What is with Nickelodeon US refusing to air the Pineapple RV episode of SpongeBob? It's already been aired in some countries, how come America didn't get it yet?
Yesterday at 5:29 PM •••

Chocolate Fizzles
Tex Avery's MGM Cartoons are finally getting a blu-ray release after years of us waiting, at last!
Yesterday at 4:08 PM •••

RegularPunchies
#RIPKobe, Gigi, and the others in the helicopter.
Yesterday at 1:26 PM •••
Top Bottom