What if Pryde of the X-Men was picked up for a series?

Pryde of the X-Men was a pilot for a series back in 1989, but was rejected and we got X-Men TAS instead. What if Pryde of the X-Men was picked up for a series? This pilot is very 80s; Magneto is a generic bad guy instead of a sympathetic character, all the villains work for Magneto (including Juggernaut and White Queen) for the purpose of selling toys, it has Stan Lee narration and Wolverine is Australian. The animation is generally better than X-Men TAS and the voice cast is made up of American voice actors rather than Canadian actors and apparently, if this was picked up, it would have had some episodes similar to Night of the Sentinels. 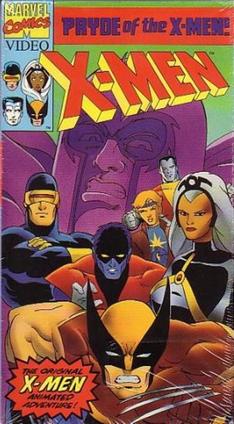 X-Men: Pryde of the X-Men - Wikipedia

I am glad this didn't get picked up, X-Men TAS is way closer to the Claremont X-Men than this pilot.
Last edited: Jun 24, 2021
You must log in or register to reply here.

"X-Men: The Art and Making of the Animated Series" Book Talkback (Spoilers)