Yeah Yeah I know this is going to be me crapping on the Marvel cartoons but my god were they terrible, I admit not finishing pretty much all of them and maybe some of them improved but for me its too little too late(even though I enjoy Rising). The writing is at best basic standard kids cartoon and at worst is one of my worst experience to watching a children's cartoon however the writing at it's worst is no where near as bad as the animation. DEAR GOD the animation is horrible in every way when it comes to these shows, the editing in Agents of Smash is the worst I seen in a cartoon, the fight scenes are awful and are missing any sort of key frames, everything is sooooooooooo on model and it makes movement lack any sort of personality and the backgrounds dear lord the backgrounds just look at this crap 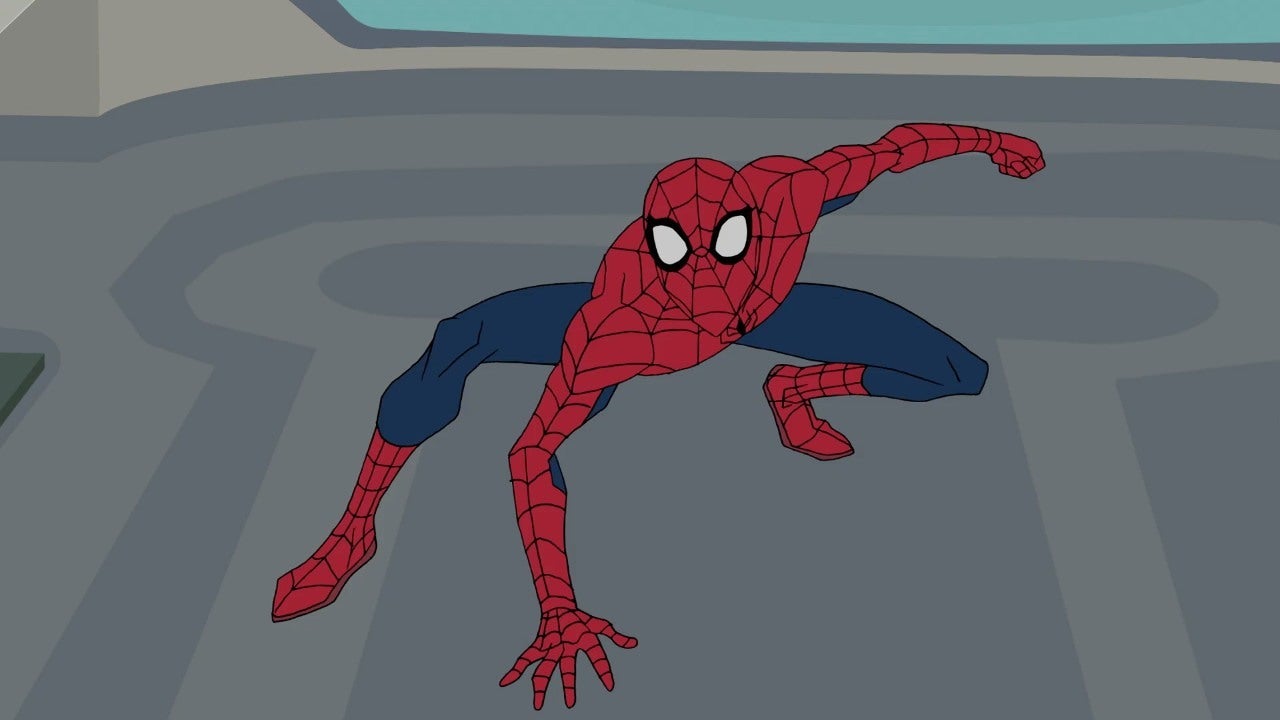 More X men teams- The X men have a crap ton of weird characters that can star in their own animated series heck i consider it a shame that Quiten Quire has no animated appearance yet.


Lay off the movie references- Yeah I know they are successful and most people only recognize most of the Marvel characters from the movies but I think its okay if we can explore a GOTG that's more based no the comics.
Reactions: bigdaddy313

I guess if I had to collect my hopes/wishes for Marvel Animation in 2020:

- Less focus on the movies. Let adaptions stand on their own merit and not be so obsessed with matching the designs, characterizations, or storylines of the movies. Feel free to take some inspiration from the movies, but not to the point where the series' entire identity becomes defined by the movies. And don't just use characters just because the movies used them, otherwise we'll get another Hope Van Dyne Wasp situation.

- Stronger characterizations and character development. Don't let major characters remain static or 2-dimensional for an entire season so they feel like cardboard cutouts instead of fully-fleshed out characters, and don't forget to develop them.

- Better voice acting. For the most part I wouldn't say the Marvel cartoons have bad voice acting for the most part, but I feel like even when they have A-list or talented voice actors, they tend to waste them on low quality material or underutilize them. And the current character performances just don't stand up as well compared to the performances that came before them in previous shows.

- Let the Loeb-verse officially end and start fresh. No more re-using Loeb-era VA's except for the ones who've always carried over like Fred Tatasciore as Hulk and James C. Mathis III as Black Panther. I never want to hear Troy Baker as Hawkeye again.

- Better paced out storylines that aren't rushed and are developed to satisfying conclusions. Don't just tag on a major storyline like Civil War or Secret Wars at the last minute.

- Better animation. With Disney at the helm, I cannot fathom why this is not more feasible. Marvel Animation should be looking on par with WB's DC Animation, or at the very least live up to the standards of the pre in-house animation.

- Storytelling that's willing to take risks and seriously develop the series and characters.

- Romance and serious relationships between characters. I can't think of anything the Marvel cartoons have gained from a lack of it other then ill-defined and underdeveloped relationships.

I really am hoping that we'll get a Captain America animated series.
Reactions: Greg91 and Frontier

I want to see the Marvel Universe in animation again and not just cheap replicas of the MCU. I want to see them take storytelling risks and put care into the way the animation looks. I'm ready to see something from Moon Girl and I hope to hear of something like X-Men animation being green-lit. I hope that they explore more shorts, mini- series and movies. I wish we didn't have to wait so long for What If?

Sent from my SM-G960U using Tapatalk
Reactions: Awest66, Greg91, Freddy and 1 other person

I hope the movie influence over animation stops and stays with What If?. I hope we're able to get shows again that have tighter writing and higher production quality like we were getting in the late 00s-early 10s. Was recently rewatching Wolverine and The X-Men and darn was that show underrated, well-produced, well-written take on the merry mutants. I forgot how good it was.
Reactions: Greg91, Freddy and Frontier

Webbed-Wonder said:
Was recently rewatching Wolverine and The X-Men and darn was that show underrated, well-produced, well-written take on the merry mutants. I forgot how good it was.
Click to expand...

I feel the exact same way. At the time, I remember just thinking the show looked good enough but now when I see the backgrounds and everything, especially after the past few years, it looks so damn good.

Webbed-Wonder said:
I hope the movie influence over animation stops and stays with What If?. I hope we're able to get shows again that have tighter writing and higher production quality like we were getting in the late 00s-early 10s. Was recently rewatching Wolverine and The X-Men and darn was that show underrated, well-produced, well-written take on the merry mutants. I forgot how good it was.
Click to expand...

Rick Jones said:
I feel the exact same way. At the time, I remember just thinking the show looked good enough but now when I see the backgrounds and everything, especially after the past few years, it looks so damn good.

I guess it was that Lionsgate money that helped .

Happy New Year to all my fellow members of this forum ladies and gentlemen. Well I think there r ladies present I can’t tell.

All of you know by now how I feel about Marvel Animation so I won’t really talk about it much but I am glad it’s 95% over, the only thing is Spider-Man season 3 and 50% Moongirl and Devil Dinosaur with DTA.
I am hoping for a very well produced series and that’s all, simple and short.
That’s not too much to ask unless your Jeph Loab and co.
Did you guys not see how desperate they sounded when the talk about budget? As one of them said they could only afford the cockpit in one of the episodes of GOTG season 3 episode that was digital animated, when Marvel’s sister Star Wars has seasons upon seasons of digital animation.
Animation this generation has huge competition and Marvel needs to work hard to compete so the old had to be cut as far as I am concerned.
Reactions: Awest66

SweetShop209
Would you believe I was first exposed to Angelica Hale through here?
Yesterday at 2:31 PM •••

RainbowCupcake
Oh look at that. My cable provider wants me to pay even MORE money just so I can watch the new Owl House episode on DisneyNow. Are you kidding me?
Yesterday at 11:53 AM •••

DBTrilogy100
If schedule listings are to be believed, it appears as though Toonami will be airing reruns of DBS' Universe Survival Saga starting tonight.
Saturday at 7:52 PM •••