Micahel Cataldo said:
I got this from: Kira Kosarin Wants to be the Youngest Person to Direct a Nickelodeon Show
Click to expand...

Hmm.. that's interesting, The Lerners a new Nick live action published it last week and no one posted it till now.
Kira Kosarin directing new show, that be interesting.

I don't think The Lerners is for Nick. According to IMDb, its for streaming - The Lerners (TV Series 2019– ) - IMDb
K

The promo shows that rest of new Henry Danger episodes will be this fall, so that means no new episodes in August month

Nick will start to premiere Middle School Moguls in September, according to the show's creators.

Viacom revealed today during their Q3 2019 conference call that this fall, Nickelodeon will be broadcasting its largest ever slate of new content across its eco-system.


Sidenote: For me, the word "Mogul" refers to a 2-6-0 Steam Locomotive Classification.
K


Sidenote: For me, the word "Mogul" refers to a 2-6-0 Steam Locomotive Classification.
Click to expand...

Middle School Mogul is CG animated, and has featured nickelodeon actresses on voices

According to zap2it, Nick will air LEGO Jurassic World: Secret Exhibit on Sat Aug 17 at 11:30AM (episode title not mentioned, but likely part 1)

Nick are putting together a new girl group. No idea whether it's for a new TV show.
K 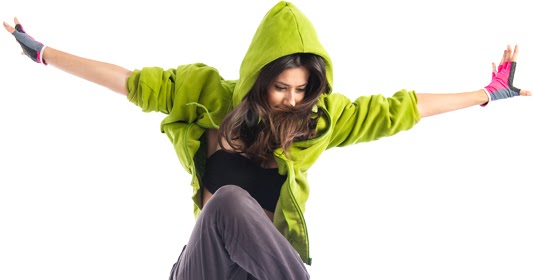 It looks like there will be new Nickelodeon original TV movie: Brand New Moves

Judging from this video, there's going to be a Henry Danger holiday episode:
K

Ghostbuster said:
Judging from this video, there's going to be a Henry Danger holiday episode:
Click to expand...

Looks like this will be the second christmas special for Henry Danger. First one was at season 2 episode: "Christmas Danger".
Henry Danger also has had 2 halloween episodes: one from season 1 and other recently this season 5

Listening to Cooper's speech, it also sounds like these may be the final few episodes of Henry Danger.
K

Ghostbuster said:
Listening to Cooper's speech, it also sounds like these may be the final few episodes of Henry Danger.
Click to expand...

It might likely be that season 5 might be the last. Henry Danger already has enough run, longest running live action sitcom. Of course the cast of the show already aging. Jace Norman now is 19 years old

The episode will be titled "Season's Beatings" and will air in December:

Rest of the new episodes of Hunter Street will resume on September 9. So it's likely this will be the last season

Sort of 'upcoming Nick programming', sort of not. Just want to let those know (who don't know already), Kel Mitchell (All That, Good Burger) will be one of the 'stars' on the upcoming season of ABC's Dancing with the Stars! Ally Brooke, who recently performed in episode "1104" of All That will also be competing this season.

Mostezli
What in the actual heck is going on with Marvel's animation division?!
I couldn't care less about another shared universe...but c'mon and get one of these myriad of projects going already.
9 minutes ago •••
K
kanc


There also included every tv series aired on nick so far
Today at 8:00 PM •••

PapaGreg
Last Mr.Enter post but how can anyone read this and not consider author to be whiny Internet Toxicity by MrEnter on DeviantArt
Today at 4:50 PM •••