Both Once & Twice Upon a Christmas we’re released on DVD. Watched Once this year. Enjoyable in the same way Sabrina’s enjoyable.

Oh, & the dad’s the angel of death in Touched by an Angel.
T

Possible contenders for next year?

Santa’s Christmas Circus (1966) - An hour-long special starring Frank Wiziarde, also known as Whizzo the Clown, apparently a Kansas television staple from 1953 to 1987. The kids often looked bored, Whizzo was awkward and bumbling even for a clown and seemed almost drunk (he even used the word “tipsy” once, and in an early scene refers to a small child as “my girlfriend”) and bad special effects galore. There’s a scene where he tries to cheer up a depressed little girl by using his “time machine” to travel to department store window displays with mechanical moving figures. Watching these displays is more entertaining than the rest of the special. Other little details are Whizzo’s bizarre big shoes that look like huge bare feet, distinct toes and all, as well as a girl who coughs loudly (and, from the way it sounds, sickly) throughout the entire film. Available to stream via Tubi.
EDIT: After some research, it looks like this isn’t actually a television special, but a short feature film shown in Kansas City theaters as a “kiddie matinee,” it was considered a lost film until recently, and it has been featured on Rifftrax.

Mickey’s Nutcracker (1992) - A Disney Channel special that’s just a taped broadcast of the Disneyland stage show of the same name that ran during the 1991 and 1992 Christmas seasons. I haven’t actually watched this one yet, but it’s easily found online despite not being well-known.
Last edited: Dec 26, 2020

If you’re willing to do theatrical movies, I might suggest “The Magic Christmas Tree.”

pacman000 said:
If you’re willing to do theatrical movies, I might suggest “The Magic Christmas Tree.”
Click to expand...

How about next year you review The Christmas Tree? It aired once on USA Network in 1991 and has been reviewed by Nostalgia Critic, Phelous, and most recently PeanutButterGamer

A few notes on the Tom & Jerry special:

Two of the cartoons in this special ("The Captain's Christmas" and "The Night Before Christmas") were later featured on a 1991 VHS compilation of Christmas-themed MGM shorts, along with "Toyland Broadcast" (a 1934 Harman-Ising short) and "One Ham's Family" (a 1943 Tex Avery cartoon). This compilation (titled "Tom and Jerry's Christmas Party") is now available on digital streaming, although "Toyland Broadcast" is replaced with the 1949 T&J cartoon "Heavenly Puss," likely due to racial stereotypes.

Mary Jane and Sniffles eventually returned in 2006 for a single issue of DC's Looney Tunes comics. Sniffles also made a brief appearance in the movie Space Jam; I was a little surprised not to see that mentioned here. (Also, "Bedtime for Sniffles" is from 1940, not 1939, so Bugs was already created at that point.)

Popeye's nephews first appeared in 1940. There were originally four of them; their names were Pipeye, Pupeye, Poopeye (yes, Poopeye) and Peepeye. They were gradually reduced in number over the years, and by 1957 only two remained (what happened to the other two nephews is anyone's guess).

"Peace on Earth" was later remade in 1955 as "Good Will to Men" - and if you thought the original cartoon was dark, the remake takes it up to eleven with an escalating battle of more advanced and destructive weaponry, ending with giant red and green nuclear blasts (which the animals somehow survive without getting hideously mutated). Both the original cartoon and the remake were nominated for an Oscar.
Last edited: Dec 27, 2020

Concerning the endless direct-response ads for encyclopedias and old record collections -- that was the lifeblood of TBS from when they were a tiny little station in Atlanta that had happened to go national via satellite. You go back even further, and they did ads like this:
That's right, a Walt Disney Christmas album. Both WTBS and Disney at the time were desperate little operations scrambling to make money so they didn't go under in a week.
Z

Who was asking for a Chiptune version of O Come All Ye Faithful? But yeah, TBS was struggling in the beginning, they were able to make a decent profit with well-rated reruns, Braves baseball, and wrestling, but you wouldnt think they would become the cable juggernaut they soon became.
Last edited: Dec 29, 2020
A

This wasn't the only TBS special of its type either - apparently they did several others in the same vein, with the same hosts: Retro Ramblings: Tom & Jerry’s Halloween Special 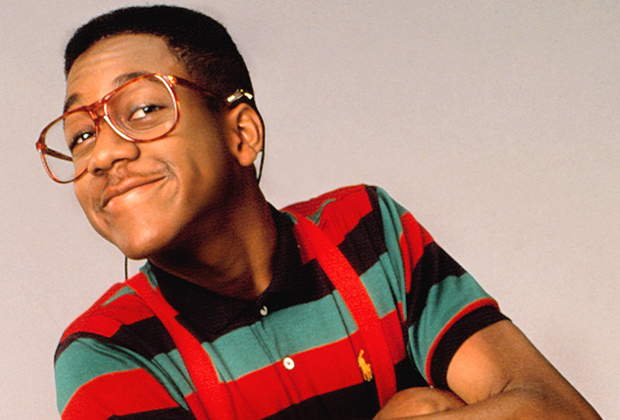 Hike up your pants and practice your snort, because we have some exciting news to report.

More suggestions, if you can find them:

Deck the Halls With Wacky Walls: 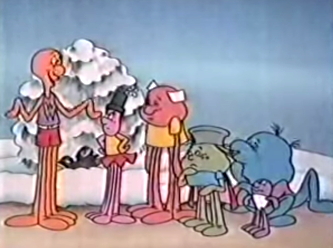 Here's one you might consider doing this year. It's a really obscure holiday special from PBS.

Wasn't that an episode of the Noddy Shop TV series?

pacman000 said:
Wasn't that an episode of the Noddy Shop TV series?
Click to expand...

This was a special based on the series, and on most stations, it didn't air in the normal time slot for the series. For instance, in Chicago, the special aired at 7:30AM, while the show itself aired at 7:15AM.

It's been suggested before, but I recommend 1970's The Great Santa Claus Switch. It's not a masterpiece, but its good enough to be something of a fun watch.

Would Beemo saves Christmas count? I know it's from this year, but you have put specials from more recent vintage on this list.

Zorak Masaki said:
Would Beemo saves Christmas count? I know it's from this year, but you have put specials from more recent vintage on this list.
Click to expand...

I saved it and it's coming at some point.


The Island of Misfit Christmas Specials
You must log in or register to reply here.

There's Something Interesting About 1997-2002 Era of Disney Channel

15 Years of Phineas and Ferb Memories

SweetShop209
Literally the only update I know is that Katiedid Langrock is writing for the series. Nothing else has been mentioned, and there's still 3 months left in the year.

Kids First Distribution has inked a number of...