SweetShop209 said:
I've already seen all of season 2 that's aired so far, and she's still pretty good. Her former antagonistic behavior has only been mentioned in the season premiere. It probably helps that her antagonistic behavior was nowhere near as extreme as Starlight. The new dynamic she has with Strawberry is pretty good, where she still considers her a friend, and will help her out when she needs it, but will also be blunt in calling her out on her mistakes.
Click to expand...

So other words, like an early arc Yu Gi Oh rival, or Gary in Pokemon.
A

Well Season 2 is out on Netflix.

Basically 70% of the episodes on Netflix aren't on YouTube yet. It's kind of interesting given how season 1 was put on Netflix shortly before the season was over. Season 2 flips this by having most of season 2 on there before YouTube while the season only started a few months ago.
A

SweetShop209 said:
Basically 70% of the episodes on Netflix aren't on YouTube yet. It's kind of interesting given how season 1 was put on Netflix shortly before the season was over. Season 2 flips this by having most of season 2 on there before YouTube while the season only started a few months ago.
Click to expand...

Also they released a held over Season 1 episode between the finale and Season 2 premiere.

So I will be eventually editing my Playlist to reflect how they are on Netflix.

I didn't expect the whole season to be up, okay I am half though, so far loving it. Who would expect a Godfather character in Strawberry Shortcake.

And the episode order is not exactly the same as the You Tube releases.

Okay finished season 2, and it does something that Friendship Is Magic that not everyone thinks of.


They didn't redeem Pieman. People mis remember of Friendship Is Magic, that they redeemed everybody, well to be fair there were a lot of antagonists that were redeemed, but they were enough bad guys that stayed bad, to teach the message not everyone can change for the better.

Half way though season 1, we started getting development and character depth of Raspberry Tart that there was good in her. We got none of that from the Pieman. So if he had a face turn in the last episode it would not make much sense.
Anyway any predictions for season 3 And who do you think could be season 3 antagonists?

We already have Lemon and Line ex partners, we have that singer that quit that band, but I don't see any of them as villains, much less main villains.
But really I think the candidates are

1) Sour Grapes Sr. - I am sorry until proven other wise, I truly believe Sour Grapes mother and Pieman's sister is the OG adult Sour Grapes from the 80's specials.

2) Raisin Cane - I know she might seem too much of a Raspberry Tart clone, but I am sure they would give her character a different type of spin.


Plus I am sure we haven't seen the last of the Purple Pieman. What is role would be I don't know. Maybe season 3 would actually be when he gets redemption. Friendship Is Magic didn't redeem everyone, but there were some who could redeemed at their own pace like Discord.
So season 2 is over, the wait for season 3 is going to be un bearable.
A

Well, I at least shuffled the episode order on my playlist to match Netflix.

And yeah some of them differ title wise. Foam Alone is titled The Big Foam Disaster on YT. Others respectively as follows:

The episode "The Mint Gala" got nominated for the GLAAD awards. 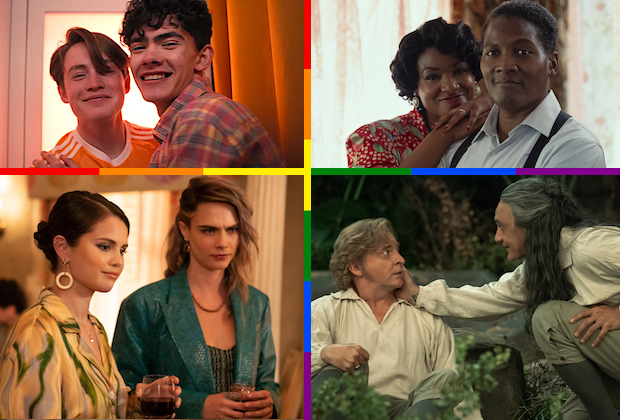 GLAAD Media Awards: Heartstopper, Our Flag Means Death, League of Their Own Among First-Time TV Nominees

Nominees have been announced for this year’s GLAAD Media Awards, which honor media for fair, accurate and inclusive representations of LGBTQ people and issues.

Rewatching Fashion Forward after it's upload onto YT. Just noticed via one of his magazine's but yeah Bread Pudding looks to be a Carmen Sandiego fan.
You must log in or register to reply here.

The Longevity Of Family Jr And Treehouse TV Shows

Streaming availabilities of My Little Pony Friendship is Magic, Equestria Girls, Best Gift Ever and Rainbow Roadtrip are limited -- but why?

ilpuyopuyo
it's that day of the year!

Toon Guy
Anyone else getting reboot fatigue at this point? From continuity reboots to unnecessary revivals and even outright renewals of shows that ended perfectly, it seems like every show is coming back at this point whether we like it or not. It's starting to worry me about future creativity and originality and make me wonder whatever started this trend.
Today at 4:05 AM •••

ilpuyopuyo
Well, changing my pfp from my usual Puyo Fever 7 picture-escue my main OC pfp (for the first time) to one another.
and yes, i'll be using that until Feb 15 (the day after Himespetchi's birthday).
Today at 3:49 AM •••

Low Spark of Lyman
I managed to get one of those videocassettes of The Golden Age of Looney Tunes (specifically the Chuck Jones one) today. For free. I was buying other, more expensive stuff, and I'm somewhat of a regular at this store (a secondhand music shop), FWIW.
Yesterday at 11:42 PM •••