From the creative forces behind the DC Universe Animated Original Movie line, DC Showcase puts the spotlight on favorite characters from throughout the annals of DC Comics in fascinating, short-form tales sure to entertain longtime and new fans alike. DC Showcase Presents...Sgt. Rock!

Synopsis: The original tale finds battle-weary Sgt. Rock thinking he has seen everything that World War II can dish out. But he is in for the surprise of his life when he is assigned to lead a company consisting of legendary monsters into battle against an unstoppable platoon of Nazi zombies.

Please post all discussions and comments about the Sgt. Rock animated short in this thread! Please discuss the other aspects of the home video release of Sgt. Rock in the proper talkback, as linked below.

Note: Remember, this talkback thread is for discussion of the animated short only. If you wish to talk about the home video release, please click on the appropriate link (s) above. We appreciate and encourage discussion, but please keep your posts civil, relevant and insightful. Please do not post any improper or inflammatory material, as we will issue warnings if we believe it necessary. And remember to keep the discussion ON-TOPIC!

I really enjoyed this short. I was really surprised at how nice the animation looked. It was definitely better than the animation was in Hush. It was also nice to see the old DC Showcase live action intro and they even updated it a little. I had no idea that Bruce Timm directed this! Can't wait to see the next one!

Is this going to be available on DC Universe? I'd love to see it.

ShadowStar said:
Is this going to be available on DC Universe? I'd love to see it.
Click to expand...

I dunno, but I will guess that we won't see the new shorts on DC Universe until after they are collected together.

Is there any confirmation one way or another of this short's canonicity with the DCAMU? Only because it was included with the Hush movie. I assume it's not, as most (or all?) of these shorts have been seemingly their own thing.

This was excellent! What a pleasant surprise! I'm so glad these shorts are back. Can't wait to see what's next!

ShadowStar said:
Is this going to be available on DC Universe? I'd love to see it.
Click to expand...

I asked Gary Miereanu, who does the PR, and says they aren't as far as he knows.

Yojimbo said:
I asked Gary Miereanu, who does the PR, and says they aren't as far as he knows.
Click to expand...

Thanks for asking him, Yojimbo! I'm sorry to hear that they won't be on there but maybe I'll catch them someday.

I'm so glad that they're doing these again. I loved pretty much everything about the old ones from the music, to the design and the environments, to the voice acting and writing. They just clicked with me on all levels. I'm glad that they finally came back to them.

All of that said, this didn't quite hit in the same way for me. I was pretty surprised at where the story went admittedly. I went in expecting a really pulpy story of Sgt. Rock and Easy Company having to battle their way through some mission but they took it in a different direction, which isn't necessarily a bad thing but I felt as though it didn't really give me a good feel for the character(s) like the past shorts did. I think that I really would have preferred something that was more Saving Private Ryan than Overlord. I guess that when it comes down to it, I just wasn't that into the story and the style of the short wasn't really enough to compensate for that.

I'm still pleased as punch that they made the short though. If I had my way, I'd get 30 more Showcase shorts.

^Yes, it was a standard hard earned lesson gleaned from the horrors of war but tossed in with one of the more oddball aspects of DC's WWII era, the Creature Commandos and fringe Nazi science. On the other hand, the caveat of the short, imo, is the talent amassed for it: directed and executive produced by Bruce Timm, written by Louise Simonson and Walter Simonson and Tim Sheridan, character designs led by Kevin Nowlan, scored by Dynamic Music Partners, and Karl Urban voiced Rock. In a way, it did remind of the Batman: Strange Days DC Nation short Timm did a couple years ago, in that he tapped into an old school era again but this time throwing Sgt. Rock from the late 50s comics and the Creature Commandos from the 80s together into a World War II story they're both accustomed to as both were originally set in that time in their original comic book debuts. It wouldn't be a World War II story with Nazis and weird Nazi science in the mix as well. But in the end, the story circles back to the tried and true war story theme, Rock is faced with the decision: complete the mission given by his superior or do the right thing and disobey his orders.

Finally got to see this a few days ago! I loved it. Loved the vibe, the classic horror movie characters, the animation, everything!

The placement of the on screen credits felt odd to me, showing up so late and so paused from each other. Felt like halfway into the short we were still seeing opening credits, haha.

But excellent short, a spectacular return to form for DC Showcase. Here's for more!

I love that they brought back the comic book store intro. Although was that Harley Quinn logo always there ?

Nice to get a gritty, real-world, WWII battle to open things up as any Sgt. Rock story should. Poor Easy Company though .

Karl Urban was a pretty natural fit for Sgt. Rock. He captured the characters grit and humanity quite well, and with a pretty convincing American accent .

I figured that army guy was Shrieve .

Ordinarily I wouldn't think Sgt. Rock and the Creature Commandos would fit like this, but the story surprisingly sold me on the concept .

Lucky Taylor for team MVP? Although I guess Velcoro proved a pinch-hitter in the end

A shame they couldn't fit Myrna Rhodes into this, leaving the only major female character to be a loyal Nazi scientist .

I wasn't really aware of the Iron Major before now but he was pretty effective as far as Nazi villains go. And William Salyers was delightfully villainous in the role

I guess it takes a conflict like WWII and an enemy as horrific as the Nazi's to make actual Supernatural monsters seem more...humane. I also liked the contrast where Sgt. Rock wouldn't let Velcoro bite on one random soldier but gives him Iron Major and his scientists on a platter .

Man, it's great to have DC Showcase back

Frontier said:
I love that they brought back the comic book store intro. Although was that Harley Quinn logo always there ?
Click to expand...

Was Harley one of the logo stickers? I think they changed all of those. 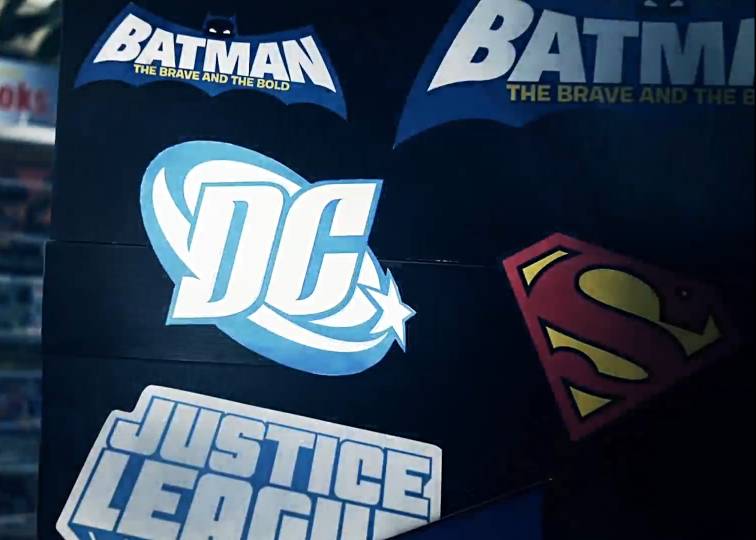 Rick Jones said:
Was Harley one of the logo stickers? I think they changed all of those.

Man, this just goes to show you how much the animated landscape of DC has changed since these last came out .

Forget Bruce Timm, the producer and writer for a minute. This short brings back Bruce Timm the filmmaker. Every wonder what the dude could do with modern animation techniques? Here it is, and it's moody and cinematic. I want to see him direct more stuff, although that's probably a tall order. He is so gifted at it that I think his talents may be wasted just by overseeing everything. When he gets into the thick of it, good things happen.

That's not to say this is my kind of short. The story was too dark, and I found the ending quite gruesome. But my personal hang-ups do not change how well-done that was. I'm impressed. More please, b.t. ****.
You must log in or register to reply here.

A
Asa wonderfly Asa wrote on wonderfly's profile.
With the Omicron variant spreading in South Africa, do you think it's a good time to reopen the COVID-19 discussion board or are you going to keep it closed for good?
Yesterday at 8:59 PM •••

SweetShop209
This special is worth it just to see Ben Schwartz rap about latkes.

Yesterday at 7:35 PM •••
G
Ghoster1987
someone once told me that the Korean language is like if the Chinese and Japanese languages melted into each other and came up with something different
Yesterday at 6:01 PM •••

SweetShop209
It's nice to see Hal Jordan from his 2011 series on here.