In early 2019, look for Reign of the Supermen, the second part of the two-part adaptation. While we’ll have to wait for an official synopsis to learn all of the details, that name should be a familiar one to Superman fans and suggests we’ll be seeing the rise of the Superman alternates that took his place during the year after his death. (For those unfamiliar with the story, they were Steel, Cyborg Superman, Superboy and the Last Son of Krypton.) This part of the Death and Return of Superman was greatly simplified in Doomsday, which instead featured a single alternate Superman rather than the four we saw in the comics..
Click to expand...

Will this adaptation take place in the Animated War/ Damian Universe????
H

RoyalRubble said:
A "Reign of the Supermen" animated movie was announced for 2019 at the San Diego Comic-Con.

I have to admit I'm more excited about this than Death of Superman. That's been adapted so many times in different ways that I'm not that interested by a more faithful adaptation. This isn't to say I have no interest at all, however. I would say I prefer Superman's method of stopping Doomsday in Superman: Doomsday to the original comic's so a part of me hopes DoS isn't faithful to the original in this regard.

I don't think anyone as said, one way or the other. Many are presuming that this two-parter will stand alone, but it might be part of the shared universe.

I'm definitely really curious, if this is set to be a more faithful adaption of the comic storyline, to see if we'll get all of the different Supermen in this movie, Superboy, Steel, Cyborg-Superman, and Eradicator since this could potentially be the animated debuts for the latter two .

I'm also curious if they might try and work-in Supergirl into the story given her popularity, though she did appear in the storyline it was not in that major of a role and as a very different take on Supergirl...
L

Since we have Doomsday,

This would be perfect in the War/ Damian Universe having Superman, the JL, TT, JLD, and Suicide Squad already established and John Henry already showing up in Throne of Atlantis.

All those superheroes would mourn his death and would make the most sense on why have another story like this since they have already made Doomsday DTV.

A preview image from the upcoming Reign of the Supermen animated movie is featured on the iTunes Extras page for the The Death of Superman animated feature. Click on the image below to check it out. 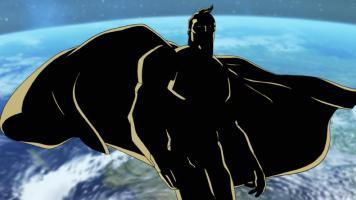 A somewhat new description was announced today on the DC Comics Blog.

Based on the seminal storyline that shocked fans of the Man of Steel when it debuted 25 years ago, The Death of Superman is actually only the beginning of the story. The second part of the previously announced two-part adaptation, Reign of the Supermen, kicks things off in early 2019. Focusing on what happens after Superman’s death, the comics that inspired part two introduced characters who have gone on to play integral roles in the world of Superman, such as Steel, Cyborg Superman and Conner Kent. Look for some Reign of the Supermen teasers in the closing credits of The Death of Superman.
Click to expand...

Nice to have the proper Superboy confirmed for the movie .

I'm curious to see who will voice him, and how they'll handle Eradicator (who is not mentioned in the description) .

EDIT 7/24: FYI, the sneak peek for Reign of the Supermen is making the rounds, but, as per usual, please don't put any video or images from it in this thread.

You can discuss the material in the sneak peek, but only in spoilers.

Small casting update from the Reign of the Supermen First Look on the The Death of Superman release: Cameron Monaghan will voice Superboy.

James Harvey said:
Small casting update from the Reign of the Supermen First Look on the The Death of Superman release: Cameron Monaghan will voice Superboy.
Click to expand...

Joker voices Superboy? This should be fun .

Frontier said:
Joker voices Superboy? This should be fun .
Click to expand... 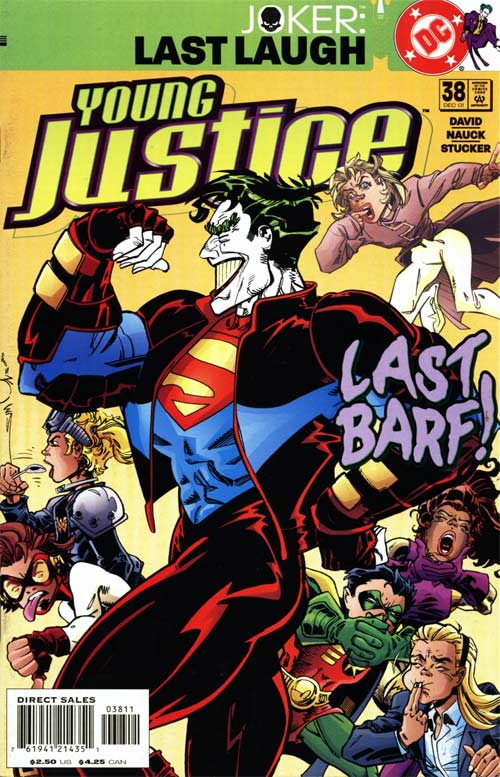 As far as the writers:


Jim Krieg and Tim Sheridan are apparently taking over as screenwriters from Peter J. Tomasi for the film.

For whatever reason, Warner Movies on Demand already has a trailer up on their YouTube account. Watch it while you can, if it was a mistake, they could pull it soon. EDIT: Hmm, looks like the sneak peak?

It seems to be a Sneak Peak, though unusually short at less than 3 minutes.

Otaku-sempai said:
It seems to be a Sneak Peak, though unusually short at less than 3 minutes.
Click to expand...

They also don't really reveal that much compared to other sneak peeks, at least that we couldn't have already assumed, but I can imagine why they would want not spoil too much about the climax...

Otaku-sempai said:
It seems to be a Sneak Peak, though unusually short at less than 3 minutes.
Click to expand...

Yeah, it's an edited version of the Sneak Peak on the TDoS release. @James Harvey told me it's "basically the start and end of the 9-minute featurette with a couple bits from the middle stitched in."

I was such a big fan of 90s era Superboy as a young kid. I always wanted to see him in animated form but it didn't happen in the 90s or the 2000s. When it finally did happen, his personality was drastically different from the version I first grew up with. It's so cool to see them finally bringing this side of the story to animated life and finally featuring my favorite version of Kon-El.

I'm guessing the possibility of seeing the destruction of Coast City and an eventual adaption of Emerald Twilight is slim to impossible? How I would love to see that, though.

SweetShop209
Sokka is the Avatar now, and he just had to travel to another show to do it.

SweetShop209
Here's a little something from Thomas Perkins.

I wish him the best continuation to this brilliant wiki.
Today at 6:38 AM •••

SweetShop209
I wish a happy birthday to Kevin McDonald and Khary Payton.