October 2020 Nick Premieres. As We head into the last couple of months of 2020, Lots of New Episodes & New Series to Come During 'Fun For Fall!' Halloween is approaching fast with Some Spooky Premieres... All Times EST!!

Why is The Gift the last episode for Tyler Perry's Young Dylan?

It's the last known episode that was produced, and a second season has yet to be ordered.

Nick Jr. will start to air new episodes of Rainbow Rangers from October 11 at 11am, kicking off with a Halloween special. New episodes are set to run until at least November 22, 2020.

There's no date yet, but there's a Loud House episode airing next month called "Ghosted".

Ghostbuster said:
@SweetShop209 The page has been deleted. :/
Click to expand...

Well that was unexpected. If anything comes up, I'll let you know.

The page is still up. The link just didn’t work because of the exclamation point. Let’s see if this works: 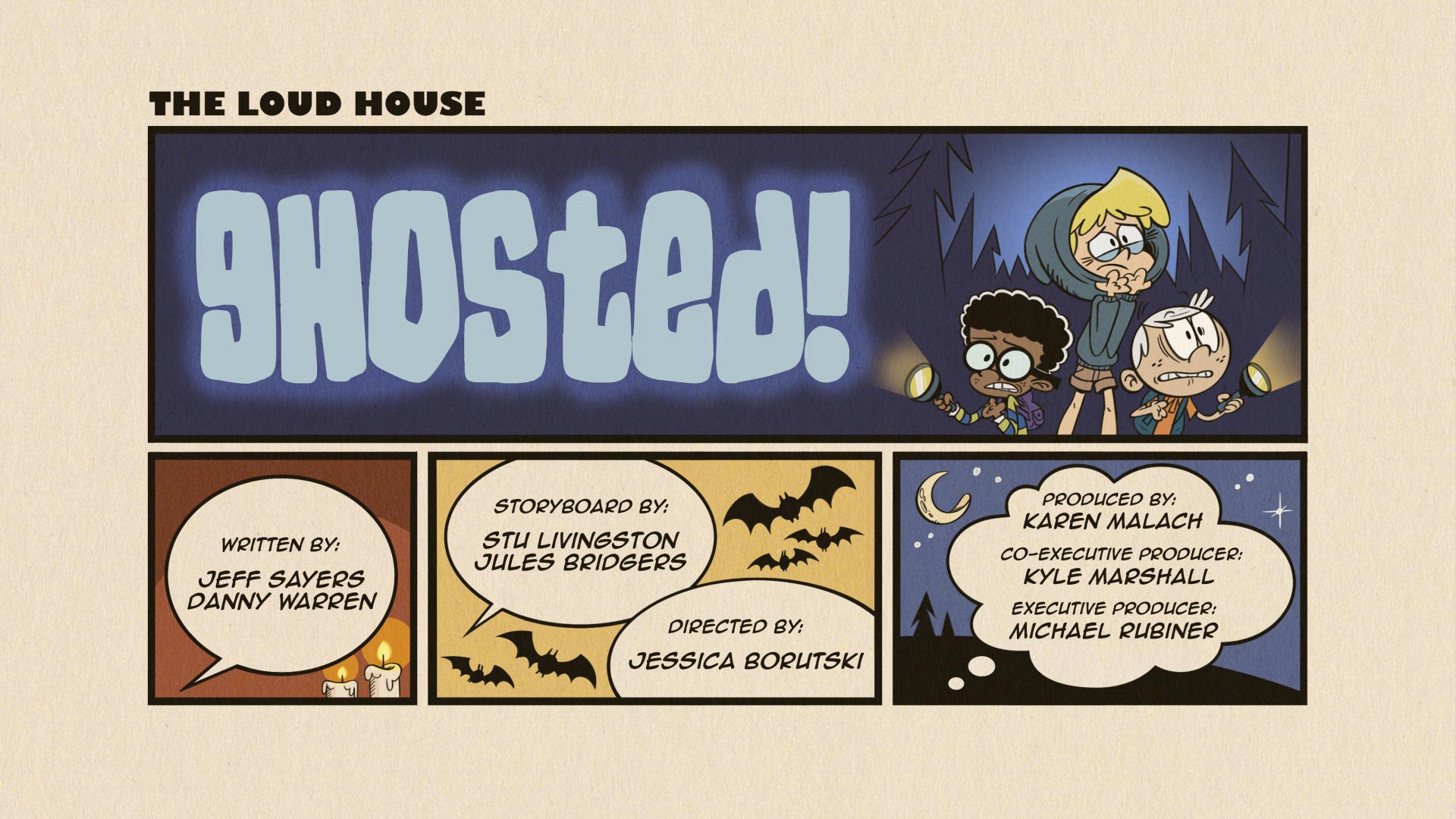 "Ghosted!" is the sixth episode (seventh in production order) of the fifth season, the two-hundred-fifth episode, and the tenth full-length episode ofThe Loud House. 1 Plot 2 Synopsis 2.1 Act I 2.2 Act II 3 Cast 4 Trivia 5 References 6 Errors 7 Video Lori gets help from Lincoln and Clyde to...

Here’s a proper source. It seems to be airing in Australia next month. No U.S. airdate yet.

You can add more Power Rangers episodes for next month, just remember that there is episode 22, which will officially air between episodes 12 and 13, since the UK has already aired all the episodes and has aired episode 22 in between Eps 12 and 13 because of the story.
K

@I Am Nickelodeon 1 according to zap2it and Nick website, Nick will premiere Bee Movie (2007) on Thurs Oct 1 at 8pm-10pm

How do we know that Nickelodeon isn’t planning on renewing Young Dylan considering that they’re have a Young Dylan takeover night with tomorrow night’s premieres?

Btw, when will the rest of the month be available?
K

@I Am Nickelodeon 1 according to zap2it, it looks like Mom will be airing season 7 episodes starting late Thurs Oct 1 2AM-4AM and onwards.. Not sure if this is anything to add though
J

Has the date for Wonder Park been announced? I've seen a few rumours, but nothing has been confirmed.

The first new Rainbow Rangers episode will mark the show's third season, and will be a Halloween episode, according to the PR.

Ghostbuster said:
Has the date for Wonder Park been announced? I've seen a few rumours, but nothing has been confirmed.

The first new Rainbow Rangers episode will mark the show's third season, and will be a Halloween episode, according to the PR.
Click to expand...

I put it on as a To be Confirmed thing because I saw some posts about it but Now they have changed their date to November so Not sure about that show now, for Rainbow Rangers, Thank You. Hopefully Futon/Zap2it Update Very soon.

Ghostbuster said:
Has the date for Wonder Park been announced? I've seen a few rumours, but nothing has been confirmed.

The first new Rainbow Rangers episode will mark the show's third season, and will be a Halloween episode, according to the PR.
Click to expand...

Season 2 of Rainbow Rangers isn't even done airing yet.
You must log in or register to reply here.

Low Spark of Lyman
Since I'm in New Hampshire, there's snow outside today.
3 minutes ago •••

5YearsOnEastCoast
Is it me or is marketing for modern cartoons going through some kind of dark age right now?
Today at 3:02 PM •••