Beginning Monday, Oct. 8, TeenNick will treat viewers to "Fear O'Clock," a lineup of Halloween-themed episodes, movies and specials, airing Monday through Friday during the month of October.

I would like it to be back too
Reactions: 1 person

I heard that Nick doesn't want to air it because of the Dan Schnieder scandal.
K

Poweranimals said:
I heard that Nick doesn't want to air it because of the Dan Schnieder scandal.
Click to expand...

They don't seem to be as worried about that since they replaced him as the EP on it. Plus there were rumors that there were cameras hidden in dressing rooms on the GS set.

Sent from my SM-G950U using Tapatalk

There was a promo for a new PAW Patrol Halloween episode airing on Monday, October 8th!

Nick will be airing new episodes of The Loud House from October 9 through October 12 at 6 p.m. ET/PT.
K

Some more Double Dare info, coming from Mandel Ilagan, who is a 'Nickelodeon Executive in Charge of Production', "we'll be on Sunday nights throughout the fall!" Source

Also (mainly for @I Am Nickelodeon 1), the October 28 episode of Double Dare will be "MeLouand2 vs. The Beach Bums", as told here.
K

Here are the rest of Henry Danger premieres in October. However, Mon Oct 6 there will be Henry Danger special, I mean as regular 30 min. special called "Danger Things" #502. It's weird that they keep mixing up season 4 and season 5 produced episodes.
Reactions: 1 person

I didn't know live-action shows could air a new season while the previous season still has a few episodes left to air. This has already been a huge problem with their cartoons, especially with SpongeBob.
Reactions: 1 person

ToonsJazzLover said:
I didn't know live-action shows could air a new season while the previous season still has a few episodes left to air. This has already been a huge problem with their cartoons, especially with SpongeBob.
Click to expand...

They did it with Game Shakers Seasons 1 and 2.

Thanks for the information

@I Am Nickelodeon 1 Double Dare episode title for Oct 28 as someone already posted it:
"MeLouand2 vs. The Beach Bums " Please update those
Reactions: 1 person

Nick will air a new episode of Peppa Pig on Monday 1st Oct at 12pm (Eastern). Two of the five stories will be 'Suzy Goes Away' and 'Long Train Journey'.
Reactions: 1 person 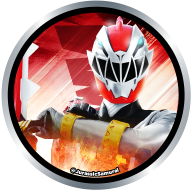 So I might have found 2 Super Ninja Steel episode titles, but the odd thing is that they have dates of Thanksgiving days, so they might be changed in the next few days, but for right now these are some titles I found:

Episode 16(Most Likely): Car Trouble
Episode 17(Most likely): Happy to Be Me

Yes, the airdates for new Power Rangers are wrong. Nickelodeon hasn't sent out their October schedule info yet.