Nick's March 2018 Premieres. We find more premieres as we lead up to The Kids Choice Awards 2018... I have found some and I know it was EARLY but there were a few Premieres and I had some spare time so here we go...

- EDITED on March 6th for Futon & Zap2it full update for march.
- Stay up-to-date on all Kids’ Choice Awards news by visiting kidschoiceawards.com, liking Nickelodeon on Facebook and following @Nickelodeon on Twitter and Instagram using #KCA.
- Voting for the KCA's opened February 26th and Closes in March before the KCA's on Monday, March 19th.
- March 31st has now got 4 Premieres in the Night of Premieres, Plus 2 Premieres on Sunday, April 1st on Sunday's Night of Premieres, including the Series Finale of School of Rock Pt 1.
- The Thundermans Episode on March 17th is the Final The Thundermans Episode Produced but there still is 5 episodes left.
- Also very Sorry for the easy mistakes.
- sorry if I havnt been active as much but as u know its on my status and I would not like to repeat it on the thread.
- Nick will debut a new animated digital series called Bug Salad on YouTube on 4/6

The Adventures of Kid Danger
Saturday, March 31st at 9:30PM - "Sushi Sitter; Cheer Beast" - TBC (if it Premieres it will be Simulcasting on TeenNick & Nicktoons)

Shimmer and Shine
Sunday, March 18th at 7:30PM - "A Lightning Colt for Shaya; A Special Delivery"

The Kids Choice Awards isn't going to be simulcasting on Nick Jr.

Also Princess Diaries (2001) will have Nick premiere on March 1 at 8PM.

Plus isn't it too early to start next month thread?
C

When is PGBC going to return to the Nicktoons schedule?

Carlos Gutierrez said:
When is PGBC going to return to the Nicktoons schedule?
Click to expand...

Probably never. It didn't do that well in ratings and nickelodeon might decide to not even air the rest of the series.
It's weird that Game Shakers is being moved to sundays. Also isn't this thread being created too early, we barely have any information.
C

Spirit49 said:
Probably never. It didn't do that well in ratings and nickelodeon might decide to not even air the rest of the series.
It's weird that Game Shakers is being moved to sundays. Also isn't this thread being created too early, we barely have any information.
Click to expand...

I would like for Season 2 to have the full 26 episode count instead of just simply 14 episodes!
K

Carlos Gutierrez said:
I would like for Season 2 to have the full 26 episode count instead of just simply 14 episodes!
Click to expand...

Sorry, but that's not how it goes. This is network's decision, not ours!

Nick will premiere the first part of the new Henry Danger special "Back to the Danger" on Sat, March 24, just before KCA.
B

kanc said:
Sorry, but that's not how it goes. This is network's decision, not ours!
Click to expand...

Sent from my iPad using Tapatalk

@I Am Nickelodeon 1 Also, new Alvin and the Chipmunks on Saturday, March 3rd called "The Fugitives; Sherlock Chipmunk". 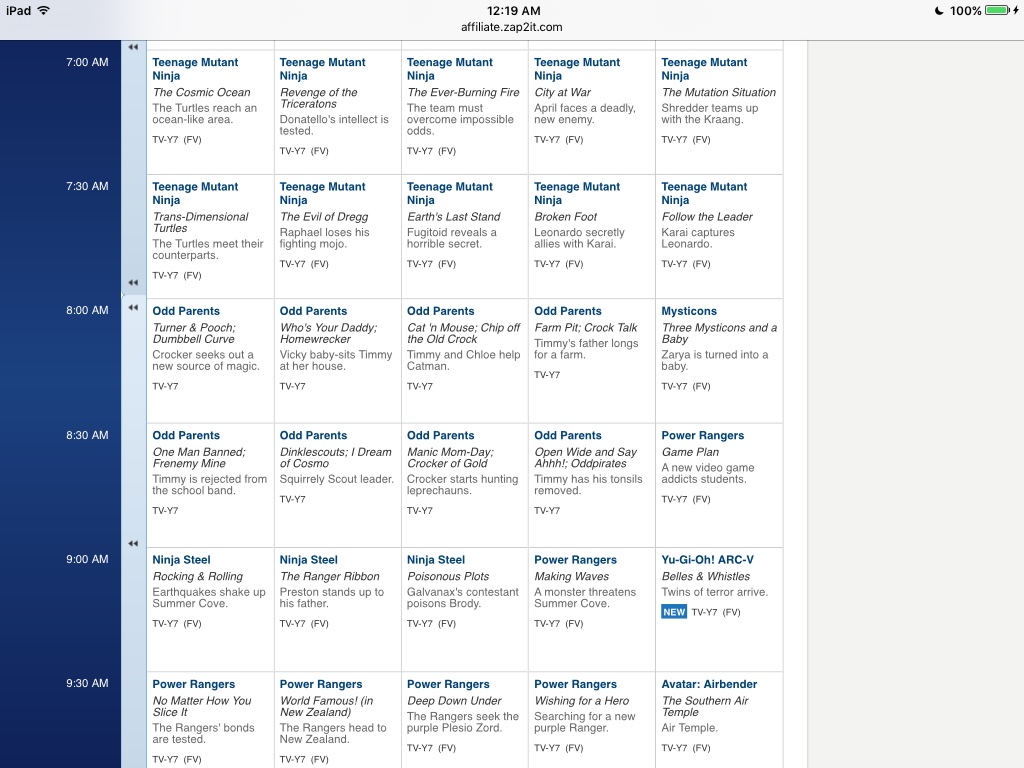 I know that new episodes of The Thundermans and Knight Squad air on Saturday March 3rd and New Game Shakers and School of Rock air on Sunday March 4th.

I heard there could be New NRDD episodes in March

Mod Note: Edit your post if you have more to say, do not post multiple times in a row.
Last edited by a moderator: Feb 18, 2018

@I Am Nickelodeon 1 There's also a new Franklin and Friends airing on Saturday, March 3rd on the Nick Jr. channel called "Franklin's Dynaroo Day; Franklin and Harriet In Space".

@I Am Nickelodeon 1 There's a new Regal Academy on Sunday, March 4th at 10AM on Nick Jr. called "A Mermaid's Tale".

Also, the new Franklin and Friends on Saturday, March 3rd is airing at 12PM.

I Am Nickelodeon 1, those are great predictions, but do you have any proof?

But I'm Guessing When and will update the above comment.

I think Star falls Might take The Thundermans Saturday time as there will be a teaser trailer tonight during saturday night premieres.

Mod Note: Double post merged, edit your comment if you have more to say, rather than commenting again in a short period of time.
Last edited by a moderator: Feb 24, 2018

JoeMabbon
I have to admit, it's been a while since I read a really low-level, lazy clickbait article.
Today at 8:53 AM •••

Dantheman
Ezra Bridger is a better Ezra than Ezra Miller. He at least repelled the Empire from his homeworld.
Yesterday at 3:32 PM •••

Fone Bone
To my friends on the other side of the aisle: Aren't you tired of this? Do you think your cartoonishly ridiculous excuses for this crap sound remotely plausible to sane people? Doesn't defending the indefensible make you feel embarrassed and stupid? When is enough going to be enough? What will it take?
Yesterday at 12:58 PM •••
K
kanc
youtube Nickelodeon even uploaded sneak peek clip 6 min of upcoming episode of Young Dylan - The Gift Grift which was supposed to air last Thursday but was pulled at last notice

youtube Nickelodeon above banner STILL reads as That New Thursday Nights.. it may be a matter of time to remove that banner since there's no new episodes of Lay Lay and Dylan this time.
Yesterday at 12:54 PM •••