Nazis and other such groups in animation

There is a trope in fiction where Nazis are depicted in fiction aimed at kids, you usually cannot show the images and icons associated with the Nazi Regime:

Many a World War IIbased game will not use a swastika (Hakenkreuz) to symbolise the Nazis, instead using the Iron Cross (still a symbol of today's German Army, Bundeswehr, albeit a modified version), the red-white-black tricolor of the 1871 …

Nazi Germany is a very controversial topic and having such images will get a kids' show banned in Germany and make it hard to market in the US and other areas, so Nazi icons are usually are not allowed in animation. It doesn't seem like the USSR is as controversial, but the USSR hardly ever shows up in animation, the last time I remember the USSR appearing in animation was in X-Men TAS in the early 90s and a one-off joke in Gravity Falls.

In Marvel comics, Red Skull is the Nazi supervillain, so usually, the Nazi aspect gets downplayed in animation. Usually, they don't cover Red Skull's back story that explains why he is the way he is, and even in the 60s Marvel cartoon, they removed all references to the Nazis (and the Soviets too). That holds true for most versions of the Red Skull, in the 90s Spidey cartoon he was called a German war criminal, and in anything past 2010, they just make Red Skull the leader of Hydra and replace all the Nazi symbols with Hydra symbols, they try to make Red Skull as evil as they can without making him an explicit Nazi (though apparently some episodes of the 2010 avengers cartoon were banned in Germany because Red Skull's uniform looked a little too much like an SS uniform). There is one exception, the Spider-Man and His Amazing Friends episode ''The Quest of the Red Skull'' where the Red Skull is a Nazi and the episode is filled with Nazi images, which is why that episode hardly ever rerun after its initial airing and is not on Disney Plus.

Mr. Sinister from the X-Men usually gets toned down in animation, because he is obsessed with Eugenics in comics. There was also that Justice League 3 parter where Vandal Savage took over Nazi Germany and replaced the Swastika with a lightning bolt (which is still a fascist image, but a less obvious one).

Now there are other exceptions to this, cartoons from WWII clearly had Nazis in them (Disney's cartoon ''Education For Death'' is actually kinda interesting, for a WWII propaganda cartoon) and adult cartoons like Simpsons, South Park, and Family Guy have no problem with showing Nazis, though usually just for comedic effect rather than serious discussion. There were the Ultimate Avengers movies from 2006 where the villains were clearly Nazis (and space aliens).

The big loophole is where you have a regime or a hate group who are not Nazis perse but act like Nazis and use similar images to Nazis: 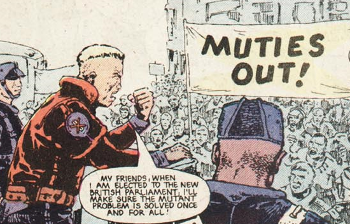 A Nazi by Any Other Name - TV Tropes

From 1933 to 1945, Germany was ruled with an iron fist by Adolf Hitler and his Nazi Party. They eventually used Refuge in Audacity to execute millions of people they found undesirable, with about half (using the 12 million death figure) being … 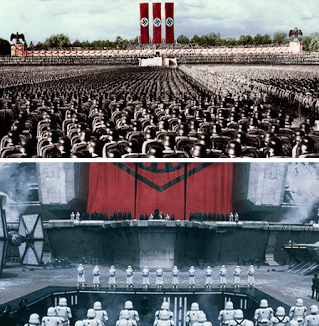 Putting on the Reich - TV Tropes

A quick and easy way to suggest a group of people are evil in fiction is to give them uniforms that resemble those worn by the Third Reich. In a broader sense, this can also refer to using other stylistic elements from the Nazi times (like the "F …

Now these types of villains show up a lot in animation, Graydon Creed from X-Men is supposed to be based on Neo-Nazi Frank Collin and has an armband, in the Dutch cartoon
Alfred J. Kwak has a villain named Dolf who runs a party that is very similar to the Nazi party, and the Fire Nation from Avatar used speeches about fire being a superior element to all others.

So what do you think of how Nazis and Nazi-like hate groups are portrayed in animation? Are there any other similar groups in animation that I have not mentioned that seem relevant?

I do think it would be interesting if Disney made a PG-13 VOD animated movie where Red Skull was more true to the comics, but that is unlikely, something more likely, and what I would like to see is a VOD animated movie that is an animated adaption of the comic book series Superman vs. the Klan. 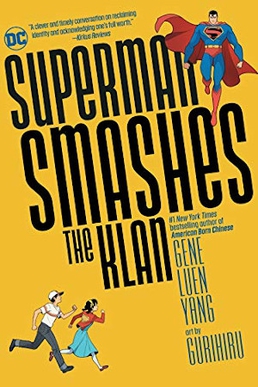 Holding his breath for a movie

What is it with you and these downer topics?
T

ShadowBlinky said:
What is it with you and these downer topics?
Click to expand...

Eh, that is a matter of perspective, what some people say is a downer topic, I call it handling subject matter I think is interesting.

But fair enough, I can do something more upbeat next time.
Last edited: Nov 22, 2020
You must log in or register to reply here.

T
When people say the 1970s was the worst decade for animation, do they include the experimental films from that decade?

Dec 4, 2019
The Overlord
T
T
Why has Captain America never gotten his own cartoon series?

A
Asa
The second Lego Movie will have it's Cartoon Network premiere on Feburary 15.
Yesterday at 9:13 PM •••

SweetShop209
The theme song for The Mighty Ones is sung by Fryda Wolff (Bats) and Jessica McKenna (Rocksy).

SweetShop209
He made a 6 hour video talking about every Simpsons episode.