From the minds behind some of the biggest DC Comics animated projects, are you ready for the most violent Mortal Kombat movie ever made?

After the vicious slaughter of his family by stone-cold mercenary Sub-Zero, Hanzo Hasashi is exiled to the torturous Netherrealm. There, in exchange for his servitude to the sinister Quan Chi, he’s given a chance to avenge his family – and is resurrected as Scorpion, a lost soul bent on revenge.

Back on Earthrealm, Lord Raiden gathers a team of elite warriors – Shaolin monk Liu Kang, Special Forces officer Sonya Blade and action star Johnny Cage – an unlikely band of heroes with one chance to save humanity. To do this, they must defeat Shang Tsung’s horde of Outworld gladiators and reign over the Mortal Kombat tournament.

That was gruesome. The violence was over the top, tough to watch, and everything I hate about violent adult cartoons.

And yet, I still really liked it. This positive review is going to be hard for me considering some of the controversial stances I have taken against previous bloodspattering cartoons. And I will always hate Suicide Squad: Hell To Pay, Deathstroke: Knights & Dragons, and the first episode of Harley Quinn. And I think what that ultimately boils down to is that they had nothing else going for them. They expected the shock value of the horrible deaths to be worth the price of admission and didn't bother coming up with a solid reason for them to exist. In Harley Quinn's defense, the show solidified in its second season once the Joker became largely absent. But I feel like the message of Scorpion actually winning the day by being clever enough to yield to Liu Kang rather than killing him, and taking out the bad guy instead was refreshing. I like that. In the videogames Scorpion's the bad guy, and you sort of root for Sub-Zero. The movie was clever enough to make Sub-Zero being framed for the horrible things he does at the beginning, so it can have its cake and eat it too. But I like that the heroes won because Scorpion is not actually stupid, and recognizes the sources of his grief, and isn't gonna take things out on Liu Kang simply because he's promised b.s. things if he does it. I like that.

Speaking of which, I found Johnny Cage an utter nuisance throughout most of the movie. He's a very well-known type of cartoon character you don't see anymore. But his rank stupidity and inability to recognize actual dangers puts his intelligence level somewhere between Inspector Gadget and Mr. Magoo. If one of the bad guys HAD torn him limb from limb, part of me thinks he'd have deserved it.

Admit it. If you weren't thinking of Inspector Gadget or Mr. Magoo before you read this review, you will no longer think of him as anything else but now. It's actually pretty freaking uncanny.

I was disturbed by this in places. But I thought it was pretty great overall. I'm not giving it a perfect grade (I've not gone THAT soft) but I'm giving it a solid four stars. ****.

The only thing I really had a problem with was that it was another retelling of the first game and film's plots. The modern games, especially Mortal Kombat X and 11, have introduced new story elements to the MK universe so it was disappointing they went back to the "hold a tournament on a remote island" again, even if it did it differently this time. Other than that, I enjoyed it. Goes without saying it was waaaaay better than The Journey Begins.


Fone Bone said:
and the first episode of Harley Quinn
Click to expand...

So it does improve after that first episode? That's a relief- I had dropped the series after watching the premiere because it left a bad taste in my mouth but maybe I'll go back to it now.

Classic Speedy said:
So it does improve after that first episode? That's a relief- I had dropped the series after watching the premiere because it left a bad taste in my mouth but maybe I'll go back to it now.
Click to expand...

The premiere was awful. Violent and depraved. And the rest of the first season wasn't much better. But in Season 2 Joker becomes a minor character and the focus shifts more to Harley and Ivy. I thought the finale was quite excellent.

I never saw either of the Mortal Kombat movies.
You must log in or register to reply here.

Palk Áron 2002
I'm currently developing a concept called "The Anime Superhero Hotel", which is a building I dreamed about in the twilight hours today.
Today at 4:31 AM •••
A
Asa Neo Ultra Mike Asa wrote on Neo Ultra Mike's profile. 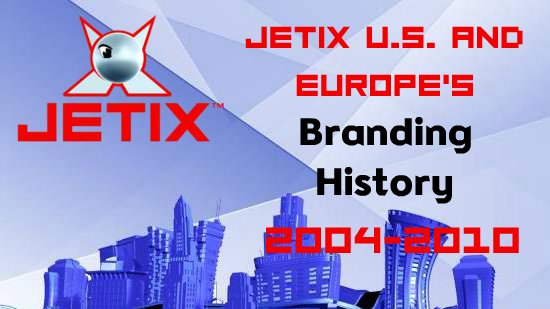