Welcome to the second installment in the Marvel Rising News & Discussion threads, here on the Marvel Animation Forum! This thread covers discussion about everything related to the project - cartoons, comics, motion comics, toys and anything else in between. 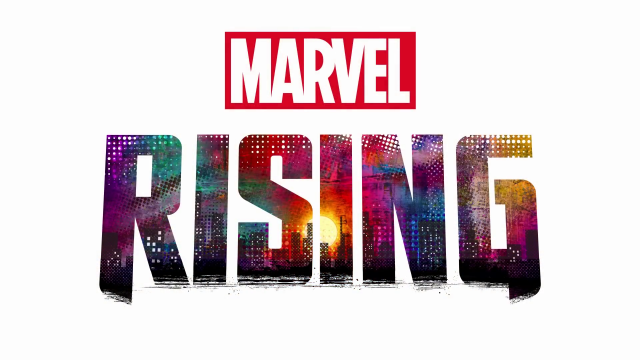 When a threat no one could have expected bears down on the Marvel Universe, this ragtag, untrained band of teens have no choice but to rise together and prove to the world that sometimes the difference between a “hero” and “misfit” is just in the name.
Click to expand...

Note: We appreciate and encourage discussion. Keep your posts thoughtful, relevant and insightful. Do not post any improper or inflammatory material, in addition to conducting yourself in a proper and civilized manner. And please, don't post for just the sake of posting. Have something of worth to add to the conversation. We will issue warnings and infractions if we believe it necessary. Remember, keep discussions ON-TOPIC!

Continuing from the previous thread, Marvel Rising: Heart of Iron will have its world premiere at WonderCon on March 31st, and later be released on Marvel HQ on April 3rd.
Reactions: Frontier

Is that a random bystander with a tail?

Only an animal or science themed hero can save us now!

I can't believe that Skrull excuse worked. High-schoolers on this show are dumb.

March 8th:
This just came out. 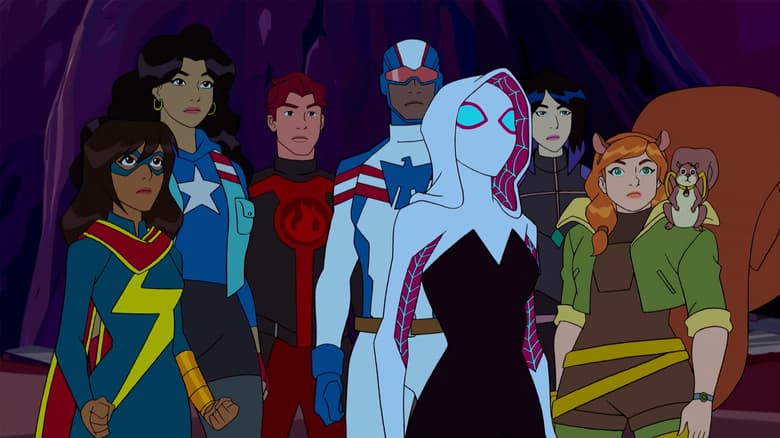 The Cast of 'Marvel Rising' Recognize the Women Who've Shaped Them

Check out Marvel's latest news, articles, and press on Marvel.com!

We have two Americas for the price of one.

We have two Americas for the price of one.

Seeing the two America's team-up is fitting, but I wonder if we'll ever see Cap and Patriot together on-screen...

I can't get it out of my mind that Cap and America's boss are secretly the same guy with them both being voiced by Roger Craig Smith and both giving America advice on making something of herself .

So Dan Donhue reprises Attuma from the last season of Assemble, only this time he's a flat-out villain and...actually mentions Namor? Did not see that coming .

Shame America knocked Attuma into water so he could get away .

Isn't Attuna from and a threat to Atlantis? How can it be possible he got into trouble via "aimless wandering"? Methinks the comic was trying to fit in a moral that didn't exist. **.
Last edited: Mar 13, 2019

Fone Bone said:
Isn't Attuna king of Atlantis? How can it be possible he got into trouble via "aimless wandering"? Methinks the comic was trying to fit in a moral that didn't exist. **.
Click to expand...

Attuma's never been the king of Atlantis in the comics unless it was for, like, 5-minutes after he deposed Namor for an issue. He was only king in "Black Panther's Quest" since they wanted to use Atlantis and couldn't use Namor.

The version in the motion comic is much closer to comic Attuma.

Still doesn't jibe with the moral.


Mod Note: Double Post merged. Use the Edit button instead of posting multiple times in a row.
Reactions: Rick Jones and Frontier

Is this post-Secret Warriors, with Dante re-intregrated into his family but now publicly using his powers? Probably thinking about continuity too much

Actually I think Dante's dad was dead in the comics, it was just him, his mom, and his pregnant sister...

I didn't automatically connect Dante and Hulk, but I guess they both have emotional issues tied to their powers and difficult controlling them .

Still a better Hulk vs. Abomination fight then any of their fights in Agents of SMASH .

Hulk using Hulk Speak was neat, since he doesn't talk that way as often anymore. Although it was kind of weird when Hulk seemed so...well-adjusted here .

Frontier said:
Is this post-Secret Warriors, with Dante re-intregrated into his family but now publicly using his powers? Probably thinking about continuity too much

I view these motion comics as more of an extension of the show rather than trying to fit them into a defined canon . As you once said,


Frontier said:
I think it really just depends on the supplemental material.

Like, if someone involved with the source approves of or is involved in the writing of the supplementary material, whether it be a guidebook, tie-in comic, etc., then I would usually treat it as canon.

But if it's a comic tie-in to a cartoon with original writers, then it's probably just it's own thing and shouldn't be viewed as absolute canon with the main source.
Click to expand...

The fact these motion comics have their own writers is probably an indicator to not think too much about this.

Also, here's a quote from that same thread.

It's not much, but TV Guide has some comments from Chloe Bennet and Sofia Wylie.
Reactions: Rick Jones and Frontier
T

Frontier said:
Is this post-Secret Warriors, with Dante re-intregrated into his family but now publicly using his powers? Probably thinking about continuity too much

I thought this one in particular was set between him getting his powers from the Inhuman bomb and meeting Ms Marvel for the first time; as opposed to the others (except the Chavez short) being 'continuations' of the Marvel Rising specials.
Reactions: Frontier

Wow, this Quake is fun! I love her doing the soda thing on Tony at the end. "Oh come on!"

Cool they got Chloe Bennet back.

Loved the way Quake punked Taskmaster at the end. The wink was great. Did I mention she was fun?

If Tony REALLY wanted Quake out of his house, maybe he shouldn't have blown her inward with his blasters.

Learning Taskmaster essentially just tried to steal a couch leveler was kind of a let-down. But it was also kind of funny.

Quake being more of a prankster here was pretty fun, although I felt kind of bad for Dum Dum and Tony

This is the first time we've seen Hill in something animated since I think Earth's Mightiest Heroes. Vanessa Marshall is a good fit .

I love how Dasiy's villain look is complete with darker lipstick and eyeshadow .

It's pretty cool seeing Taskmaster in his classic look .

Mick Wingert once again reprising Iron Man, and it was pretty interesting seeing a more "down to business" Tony here .

Fone Bone said:
Cool they got both Clancy Brown and Chloe Bennet back.
Click to expand...

Actually, Taskmaster is voiced by Brian Bloom who previously played him in the PS4 Spider-Man game .

Not that I blame you for thinking it's still Clancy Brown, their Taskmaster voices are very similar

Frontier said:
Actually, Taskmaster is voiced by Brian Bloom who previously played him in the PS4 Spider-Man game .

Not that I blame you for thinking it's still Clancy Brown, their Taskmaster voices are very similar

It looks we're only getting six motion comics, meaning no Gwen comic. 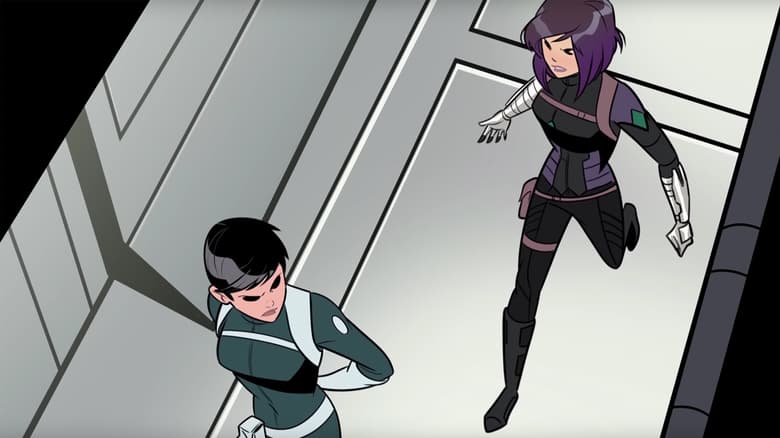 I was kind of wondering if they'd do ones for Gwen (or Ironheart), but not surprised they stuck with the core cast.
Reactions: Fone Bone

SweetShop209
Would you believe I was first exposed to Angelica Hale through here?
Yesterday at 2:31 PM •••

RainbowCupcake
Oh look at that. My cable provider wants me to pay even MORE money just so I can watch the new Owl House episode on DisneyNow. Are you kidding me?
Yesterday at 11:53 AM •••

DBTrilogy100
If schedule listings are to be believed, it appears as though Toonami will be airing reruns of DBS' Universe Survival Saga starting tonight.
Saturday at 7:52 PM •••