Rick Jones said:
It might eventually come down to the merchandise sales, like it always seems to for Marvel cartoons especially Spider-Man. They're already not afraid to use a different VA or design when it's canonically supposed to be MCU based. Maybe this rationale will spread to other characters when it becomes a bigger issue with actor likenesses, etc. 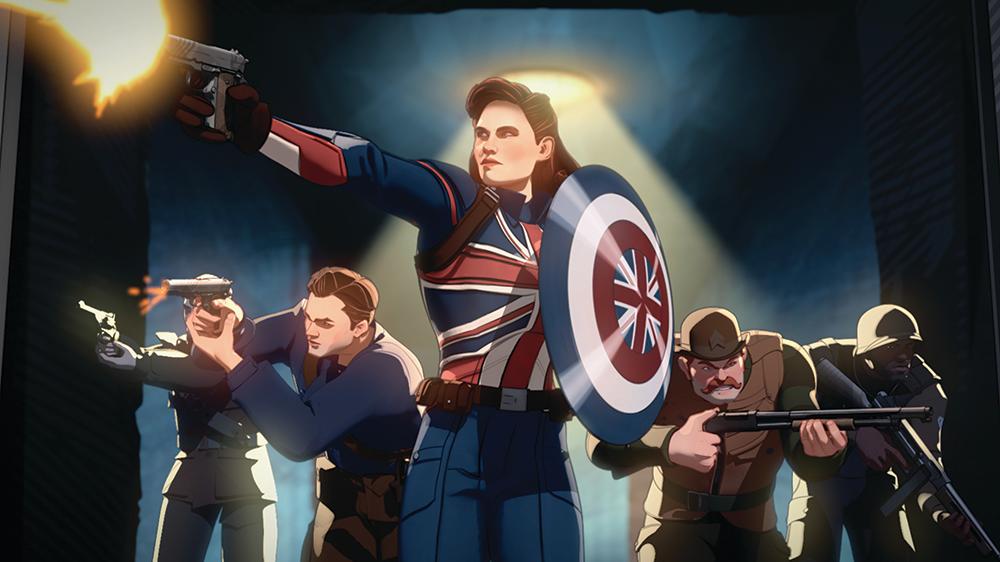 Marvel Studios’ “What If…?” — which debuts on Wednesday on Disney Plus — marks a critical creative milestone for the MCU. As the title suggests, the show takes full advantage of the storytelling possibilities of the multiverse that “Loki” officially established. Each self-contained episode...

I think this is new-ish. Groot will be photo realistic? I knew knew it would be CGI, but I wouldn't have ruled out something like the old Rocket and Groot shorts. It feels like this might become their house style. At least Moon Girl will keep the 2D dream alive.

Sent from my SM-G975U using Tapatalk
Click to expand...

I guess with their major blockbuster franchises (Star Wars, MCU), they see CG as the way to go...

Wasn't it announced recently that Disney will start a separate animation house for Marvel only. I'm looking forward to that based on What if?. With that and Devil Dinosaur & Moon Girl, I do have some semblance of hope.

I figured this would be worth posting here as well - Disney+ Day is on November 12. There will probably be some updates in regards to upcoming shows, so perhaps news about their Marvel animation slate will also surface.

Marvel Studios has hired Sofia Alexander, who I believe is going to be stationed in the new animation studio.

Though she didn't specify what exactly she'll be working on, Onyx Equinox creator Sofia Alexander has announced that she's been hired by Marvel Studios to "expand on a universe I love."

bigdaddy313 said:
Marvel Studios has hired Sofia Alexander, who I believe is going to be stationed in the new animation studio.

Though she didn't specify what exactly she'll be working on, Onyx Equinox creator Sofia Alexander has announced that she's been hired by Marvel Studios to "expand on a universe I love."

Shot in the dark, but considering Onxy Equinox was traditional animation, I hope we get more 2D animation from Marvel Studios...

Pretty cool to have her on board. I believe she's going to be in a leadership position again. I really enjoyed Onyx Equinox and I'm looking forward to see what she brings to the table. Though I'm also sad this means there won't be a second season or a continuation of OE.

I'm not sure if there could be more 2D animation from Marvel Studios even if she has a primarily 2D background. To give an example, a lot of Disney Junior originals are CGI (most notably, the ones made by Disney Television Animation), yet many of the storyboard artists worked on a lot of the 2D Disney movies and/or TV shows from the late 1980s-early 2000s (such as Larry Leker, Jill Colbert, Francis Glebas, Hank Tucker, and Carin Anne Greco, among many others). I wouldn't be surprised if she would still work on a CGI Marvel show.
Last edited: Sep 15, 2021

Congratulations on her new position .

It brings to mind the article from about a month or more ago where she was talking about the importance of animation to Marvel Studios and how it was her first love, etc.

Sent from my SM-G975U using Tapatalk

A minor note, some of the stuff coming to Disney+ on November 12 for their "Disney+ Day" event. There's nothing mentioned about Marvel Animation specifically, but there might still be some announcements.

RoyalRubble said:
A minor note, some of the stuff coming to Disney+ on November 12 for their "Disney+ Day" event. There's nothing mentioned about Marvel Animation specifically, but there might still be some announcements.
Click to expand...

Here's hoping for some good news .
You must log in or register to reply here.

"Spidey and His Amazing Friends" Season One Talkback (Spoilers)
2