Fone Bone said:
It's the entire industry and that's why it's dying. Didio's idea that superheroes should never be happy is a big part of the reason these stories are no longer appropriate for kids.

Granted, his work was doing gangbusters with older / middle-aged men. But what are his plans to replace readers for them when they die off?
Click to expand...

Point taken, I remember in the mid 2000s back when Paul Levitz ran DC, there were comics and animated series for kids and older audiences.

Though the concept of Superheroes being sad and unhappy is ridiculous.

It's possible to have Superhero stories that have drama and realistic issues but with some humor and emotional moments mixed in to even it out. That's what made the older comics and animated series so great.

Disney and Pixar have made it work for years. When they acquired Marvel for example, they took an already successful property and made it even more successful.

Otaku-sempai said:
That's a pattern that started in the 1970s when such creators as Denny O'Neal, Jim Starlin and Steve Englehart gained prominence. It didn't really gain ground until the '80s and the rise of the direct market. In animation, the growing popularity of anime helped to fuel the desire for more mature content. However, Dan DiDio may well have recognized the trend and helped to foster it.
Click to expand...

I remember hearing that by the 90s and early 2000s most comic book readers were teens and adults.

Also, when comics moved from places like 7-11 and some newsstands to comic book shops, it was difficult for potential readers to find their favorite comic books. Granted, book stores have sections for comics and graphic novels but brick and mortar stores aren't as common as they used to be.

Once upon a time, there used to be mail order subscriptions for comics but I doubt that's an option anymore.

Still, bringing back people like Neal Adams, Jamal Ingle, would be nice. Don't get me wrong, Jim Lee is a great artist, but I miss a lot of DC'S old crew.
Reactions: Fone Bone
T

Fone Bone said:
Didio's idea that superheroes should never be happy is a big part of the reason these stories are no longer appropriate for kids.
Click to expand...

With DiDio gone from DC, what if they actually LET the superheroes be happy? Like, with no strings attached? Like, genuinely, mega-happy?

Whether you like or disliked him, he's done a lot of good for DC Comics over the years and it's a shame for DC to let go of someone who was so enthusiastic about the medium. It's disgusting to see how some people have been reacting tot his news. That said a lot of his choices were controversial or not the best, like trying to kill off Nightwing for one, and I can see why people got upset with him over the years. I hope he is able to get back on his feet and get back in the game. I am very curious to see what this means for the future of DC Comics. Their 5G initiative is still ago if the trashy garbagehole Bleeding Cool gossip site is to be believed and I'm really interested to see how that is going to go. DC always had the guts to try some pretty big things even if they don't always pan out and I'm curious to see how this will go.
Reactions: Fone Bone

Spider-Man said:
It's disgusting to see how some people have been reacting tot his news.
Click to expand...

Yeah, my speculation on a personal scandal was wrong and I apologize. Thank you for keeping me honest.

If there's one good thing Didio did during his time at DC, then it was dismissing Chuck Austen after his Superman run angered many fans and critics (like his X-Men run) with restoring the Silver Age Clark/Lois/Lana love triangle that ended Lana's marriage to Pete Ross.
H

With one of DiDio's more recent creations, Sideways, now in the hands of Brian Bendis (Young Justice), it'll be interesting to see what happens with the character going forward. DiDio was able to get a year's worth of issues out of Sideways, making it his most successful series to date as a writer.

Since his departure, Didio showed up as one of the guests for this week's episode of The Original Drink and Draw Social Club along with Joe Quesada. 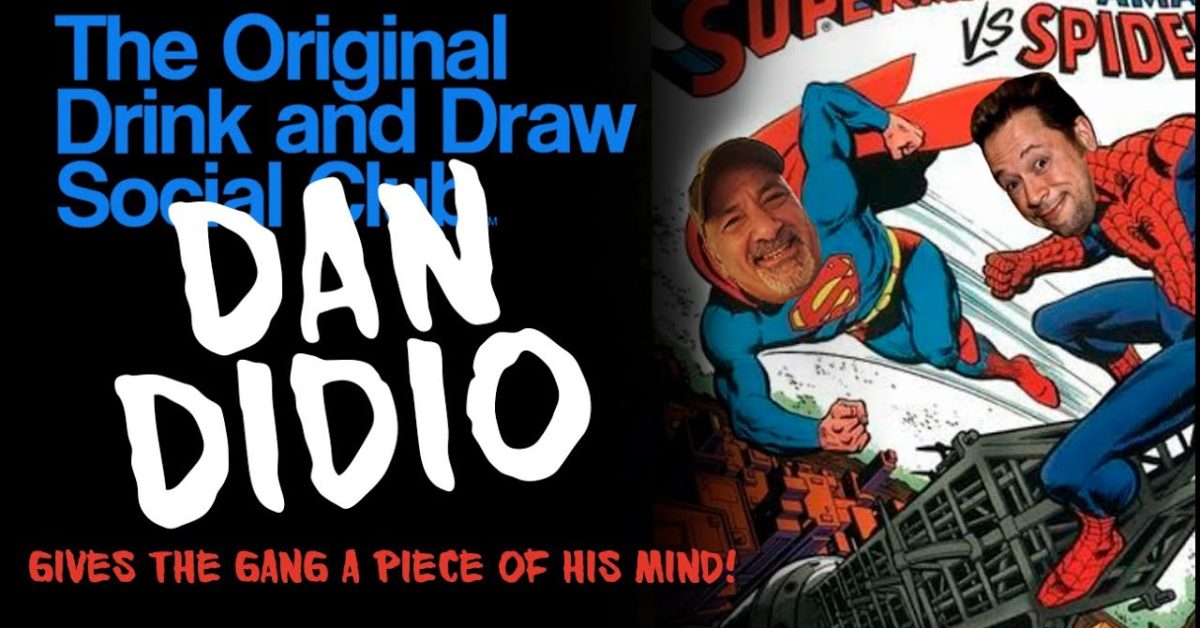 Joe Quesada and Dan DiDio have talked about the importance of creators not writing love letters to comic books instead of actual stories.

During his appearance, he has admitted that his biggest regret was not spending enough time developing the New 52.

It appears John Ridley is another casualty of Didio's departure along with the 5G Relaunch. Tynion pretty much confirmed he's now staying on the Batman comics past #100 where Ridley was set to take over.
You must log in or register to reply here.
Share:
Facebook Twitter Reddit Pinterest Tumblr WhatsApp Email Link

RandomMe
some Twitter thread I started about my history with CN, inspired by this trend of telling your history with a channel there.

ProtoGentIsDead
Currently watching Klaus on Netflix, cause it's Christmas in July.

5YearsOnEastCoast
Mr. Enter's true colors have been finally revealed.
Yesterday at 10:33 AM •••

SweetShop209
Today we start the crossovers edition of Media Brackets. This matchup is between "The Manny With The Golden Bear" (Special Agent Oso and Handy Manny) and "Into The Hundred Acre Wood" (Doc McStuffins and Winnie The Pooh).