So, here's something I just recently discovered. There's a 2D Lego show called Lego Monkie Kid. It looks Jeremy Adams is the head writer given this tweet he put out . I've never heard of this, yet I'm hooked. 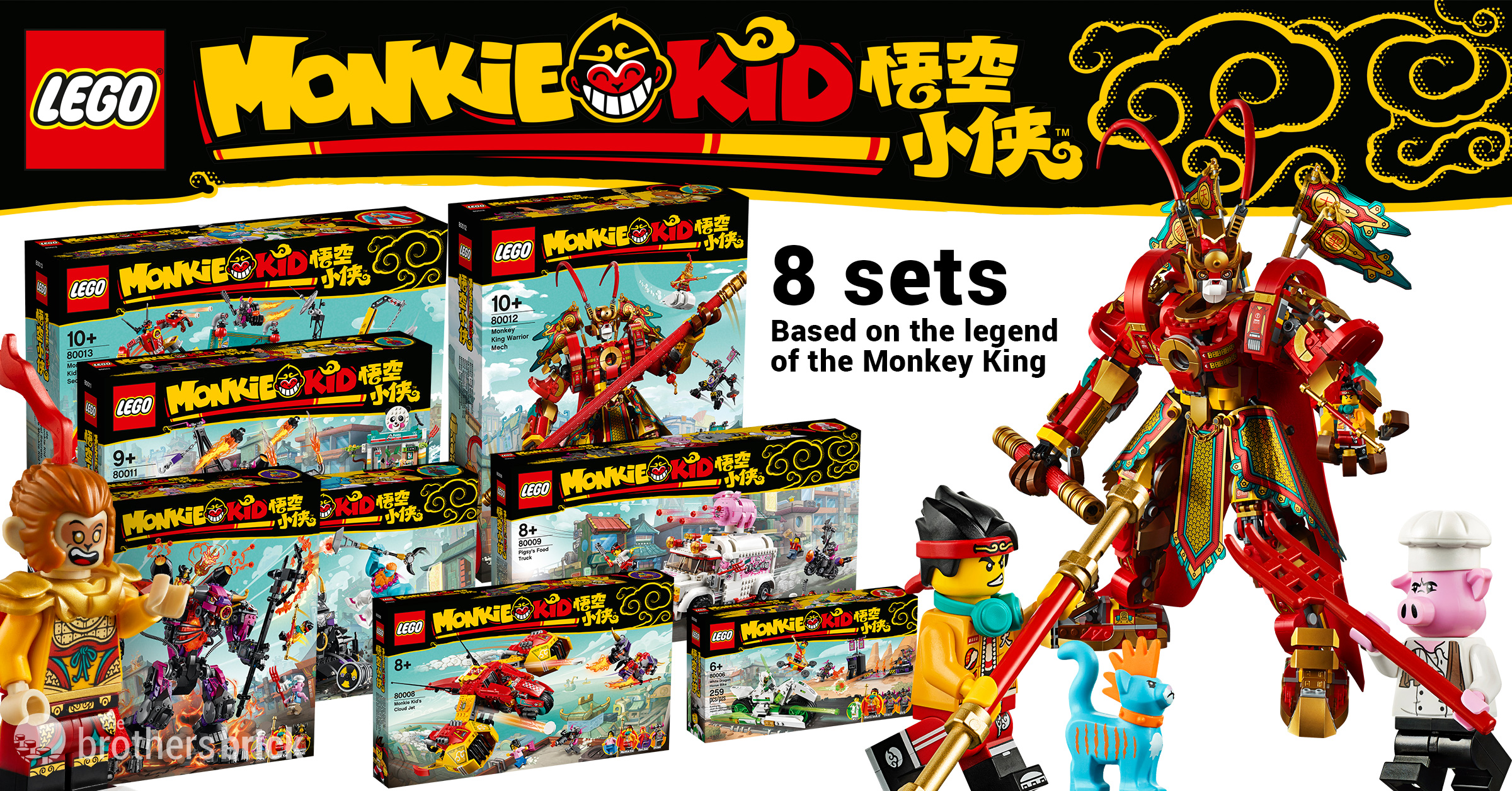 We have your first look at the brand new LEGO Monkie Kid theme including all 8 sets and the show's first trailer.
www.brothers-brick.com

According to LEGO, Monkie Kid is a modern interpretation of the half-a-millennia-old Chinese fable where an ordinary boy finds the Monkey King’s legendary magical staff and becomes the chosen one to stop the Demon Bull King. The TV show and theme have been in development for more than two years, including close collaboration with children and parents in China to ensure the theme is authentic to local culture and honors Chinese tradition.
Click to expand...

The show is animated by Flying Bark Productions, which also works on Rise Of The Teenage Mutant Ninja Turtles and Glitch Techs. Phil Jacobson is a storyboard artist for all three.

Last edited: May 15, 2020
Reactions: Red Arrow, RainbowCupcake, Mostezli and 3 others

It looks awesome and I hope Lego makes all of the future cartoons look like this!


Sent from my iPhone using Tapatalk
Reactions: AdrenalineRush1996, Mostezli, Frontier and 1 other person

I don't know what I was expecting, but nothing this epic. I'm actually interested.
Reactions: Frontier and Mostezli

Literally didn't know about this show's existence till I saw a clip on Twitter. Anything that looks as well-animated as RotTMNT and Glitch Techs is a must watch in my book.
Reactions: Frontier and Mostezli

The animation for a LEGO show of all things didn't have to go this hard, but it did!
What a visual smorgasbord.
Reactions: Frontier

What channel/platform will this be on? I definitely want to watch it when it comes out.

That hasn't been revealed yet .
Reactions: RainbowCupcake and Frontier

Doesn't WB usually have exclusive access to Lego stuff, aside from the odd Lego Marvel special?

I wouldn't be surprised to see it on HBOMax.
Reactions: RainbowCupcake

What about the Lego Jurassic World mini series (which Jeremy Adams worked on) and Lego City Adventures show , both on Nickelodeon? Plus, there's also Lego Star Wars.
Reactions: Frontier

This is being animated by Flying Bark in Australia. They worked on the two Nickelodeon shows that have been referenced.

The TV stuff has had no exclusivity (Ninjago on CN, Friends on Netflix, City/Jurassic World on Nick, various Disney mini-series, etc.) and theatrically, Universal is now in charge.
Reactions: AdrenalineRush1996, Frontier and SweetShop209

I'm guessing this will go to a streaming service like Netflix.

It seems like the intro was recently released in Japan. Also, it seems like Alan Denton (Sonic Boom, Sunny Day) might be writing for the series, but it's not confirmed yet . It does like Greg Hahn is involved. Also, Jeremy Adams said that there's still no home for the show yet.

It seems like the intro was recently released in Japan. Also, it seems like Alan Denton (Sonic Boom, Sunny Day) might be writing for the series, but it's not confirmed yet . It does like Greg Hahn is involved. Also, Jeremy Adams said that there's still no home for the show yet.

Really? Because those are Chinese subtitles

Dudley said:
Really? Because those are Chinese subtitles


Sent from my iPhone using Tapatalk
Click to expand...

I didn't know that. I'm not that good with Chinese and Japanese letters.

Man, I love the intro

The cartoon is called 悟空小侠 in Chinese. (pinyin: Wùkōng xiǎo xiá) You can hear it at the end of the intro.

I have watched the first double episode called "Monkey Kid: A Hero is Born". I think fans of "Rise of the TMNT" will love this. To me, the animation is a bit too quick. I sometimes had to rewind because I blinked and then Monkie Kid was suddenly standing in a completely different place

Everything is very over-the-top. The city gets destroyed every once in a while but that's okay, everything gets restored immediately. The cartoon feels like you are playing Lego with your son. Bam bam bam attaaack pew pew pew. I wouldn't watch this if your wallet is easily emptied, if you get what I mean

I didn't love it, but didn't hate it either. I would have probably loved this if I were 10. The series is based on "Journey to the West" just like Dragon Ball and Shinzo. I think I could love this cartoon if the main characters will actually make a journey and if they meet new characters/world every episode. But if it's just Monkie Kid fighting those three antagonists again and again while Pigsy, Mei, Sandy and Tang are just cheering in the back, then I'm done. The reason I am afraid that will happen is because of the intro. The shot at 00:14 still needs some explaining. All other 29 seconds in the intro are explained in this premiere episode

So yeah, don't get your hopes up if you are expecting an Emperor Pilaf Saga: The Series. This cartoon puts action first, plot second. At least in the premiere episode.

The Chinese voice-actors are okay. Sandy has a much deeper voice in English, that's for sure.
They somehow reminded me of anime voice-actors. Chinese and Japanese sound so different in real-life, but in cartoons, they sound more similar to me. (very over-the-top and absurd, not just in shonen and shojo, also in seinen)

Anyways, I am not giving up on it yet. Let's wait and see what the next episodes are like
I have been binge-listening to the Chinese intro song, that's definitely the best part so far.

Here is the English intro. It premiered on June 13th on TV3 in Malaysia.
It looks like the Chinese singer also did the English song.

It needs to be said that that opening is awesome.

SweetShop209
Would you believe I was first exposed to Angelica Hale through here?
Today at 2:31 PM •••

RainbowCupcake
Oh look at that. My cable provider wants me to pay even MORE money just so I can watch the new Owl House episode on DisneyNow. Are you kidding me?
Today at 11:53 AM •••

DBTrilogy100
If schedule listings are to be believed, it appears as though Toonami will be airing reruns of DBS' Universe Survival Saga starting tonight.
Yesterday at 7:52 PM •••