An all-new Lego adventure stars the Flash as he tries to restore the timeline to normal after the Reverse-Flash makes a universe-altering strike. Synopsis: In LEGO DC Super Heroes: The Flash, Reverse-Flash manipulates the Speed Force to put The Flash into a time loop that forces him to relive the same day over and over again – with progressively disastrous results, including losing his powers and being fired by the Justice League. The Flash must find a way to restore time to its original path and finally apprehend his worst enemy before all is lost for The Flash … and the world! Along the route, The Flash encounters numerous new characters being introduced to the popular DC Super Heroes series, including The Atom; B’dg, a squirrel-esque Green Lantern; a pair of legendary super pets in Ace the Bat-Hound and Krypto the Super-Dog, Batman and Superman’s faithful canine pals; as well as Aquaman’s trusted seahorse, Storm.

Finally saw the movie. Definitely one of Flash's best appearances. Bravo to the cast and crew.

This was fun. It's pretty cool Flash got the chance to be in the spotlight even if it was only a LEGO movie. He was handled well enough, I liked how his story played out and the lessons and morals that he learned by the end.

I also liked the sub-plot with Atom, I wasn't really expecting him to play such a large role, so that was a nice surprise.

Doctor Fate's magic help-line was hilarious. A nice and humorous idea, but still pretty faithful to the character's comic book roots. Zatanna was a cool addition as well. The musical number was neat.

Reverse-Flash was a decent antagonist. I don't really have much to say about him but he was entertaining enough for me. His plan was pretty good and did get the story to move along nicely. I also liked how the movie added in some other villains (like Joker, Captain Cold or Deathstroke to name a few) throughout.

The roster for the Justice League was nice, and I did like how the story focused more on Flash (and to a lesser extent Atom). Plus, that short cameo appearance from Aquaman was fun (likewise, the follow-up with his royal bedroom and the addition of Storm the Super Seahorse).

All in all, fun stuff and I presume this won't be the end of the LEGO DC Super Heroes animated movies line, which sounds good to me.

Lego Flash is the best ever DC Lego movie! very good acquisitions for the League: Atom Firestorm and Plasticman. Very good appearances of Zatanna and Fate. And I thought that Atom was Choi, I am very happy to know that Atom is Ray Palmer!
Now I want a story totally focused on Atom!!
Last edited: Mar 4, 2018

A "Speed Force" clip was released:

This was a really fun movie. It was definitely more accessible to me than the past LEGO ones were. So happy Flash finally got a solo movie. Even though the Justice League, Super Pets, Bd'g, Dr. Fate and Zatanna were in there -- they didn't weigh down the movie or steal a big chunk of time. They really elevated it. Flash is definitely the star throughout.

So many great jokes. Ace getting the high score, Atom recruiting animals' help, Dr. Fate having a help line and a flying LEGO Cadillac, getting meta and questioning the Speed Force name, Bd'g keep saying he's not a pet, even the Cybots being impressed with Aquaman's room.

It would have been a nice treat to get an extended version of Dr. Fate and Zatanna's "It's Magic" as a special feature but the limits of CGI animation budgets strikes again.

Just a quick head's up, going by this promo, it appears the movie will air on Cartoon Network this Monday (May 28th) after the new Teen Titans Go! episode.

Given the constant complaints about DC animated features being solely focused on the "big guns" (Batman, Superman, the Justice League, etc.) it was really nice to see the Lego movies take a page out of the Animated Feature line by having another hero like Flash take center stage .

Atom almost felt like the co-lead of the movie, which was neat, and his scientific know-how and adapting to his small size were some of the funnest bits of the movie .

I did think he felt a lot like Ray Palmer, from his voice to his personality, even though I'm pretty sure he's supposed to be Ryan Choi in this film. Although Gardner Fox is credited for creating Atom/Ray Palmer, though I assumed that was similar to Firestorm where Gerry Conway and Al Milgrom were credited even though the Firestorm here was Jason Rusch instead of Ronnie

And on that note, no credit to Robert Kanigher and Carmine Infantino for creating Barry Allen/The Flash ?

I really appreciated that the creators were able to do a good Reverse-Flash story without needing to include Barry Allen's dead mom. It felt so refreshing .

It was also nice to see some other Flash Rogues acknowledged with Captain Cold and Captain Boomerang popping up. And of course we also had Trickster, although just in a cameo so he couldn't complain about how he's not a captain

It was fun to see the movie include Firestorm, even if his only real contribution to the plot was making the submarine the League used to escape the Hall of Justice. Would've been nice to get to see/hear Professor Stein as well though I'm glad he was at least acknowledged...

Dr. Fate as this soulful self-help guru was hilarious. Like, everything else about him was pretty traditional, but he talked and acted like he was from a whole different kind of movie. And then the musical number .

It was fun to see Zatanna, though I feel kind of bad for the character and Kate Miucci that, unlike other Zatanna's, she had to constantly talk in her trademark backwards-speak. It almost felt like she was some kind of apprentice to Fate in this continuity .

It would've been nice to see Hal pop up, since he's Barry's best friend and all, but I'm glad he was at least acknowledged in that photo by Barry's bedside. Plus, you can't top B'dg .

Speaking of, the Super Pets playing such a huge role was pretty great, especially seeing Stormy pop up (hope he's also in the upcoming Aquaman movie). I'm only a little bummed they didn't find a way to work Jumpa into it

Aquaman popping up for a gag and the League ending up in his room? I wonder if they were teasing the next Lego DC Super Heroes movie would be centered on him 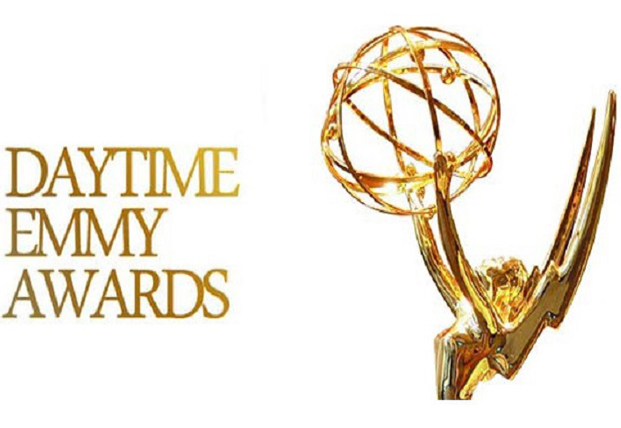 A parade of well-seasoned soap operas populates the 46th annual Daytime Emmy Awards nominations, announced this morning on CBS’ The Talk. Days of Our Lives leads all programs with 27 noms, ed…
deadline.com

We have a Daytime Emmy Nomination.

A parade of well-seasoned soap operas populates the 46th annual Daytime Emmy Awards nominations, announced this morning on CBS’ The Talk. Days of Our Lives leads all programs with 27 noms, ed…
deadline.com

We have a Daytime Emmy Nomination.
Click to expand...

The movie won the Emmy Award for sound editing.

Barry Allen is outright dumb. How long did it take him to realize it was Groundhog Day? What a dope.

I love Kevin Michael Richardson's Barry White Dr. Fate. He even has a fine-ass golden chalice. You KNOW he's drinking Courvoisier out of it, right?

I love Bat-Tummyrubs. Who's the best partner in the whole world? You are! You are! In your face, Robin!

The Bat-Clown was great too.

I liked Wonder Woman getting the moment of realizing how boring Barry's timeframe is, and that's why he is the way he is. We don't usually get that. You know what? We should.

I think Barry's idea to get a top down perspective of the maze, solve it, and memorize it was far quicker than my idea to just enter the maze put his hand on the left wall, and move along left wherever the maze went. I guess that's why he's the fastest man alive and I'm not. Although I think with his speed it still probably woulda been quick.

That was mildly entertaining. ***.
You must log in or register to reply here.