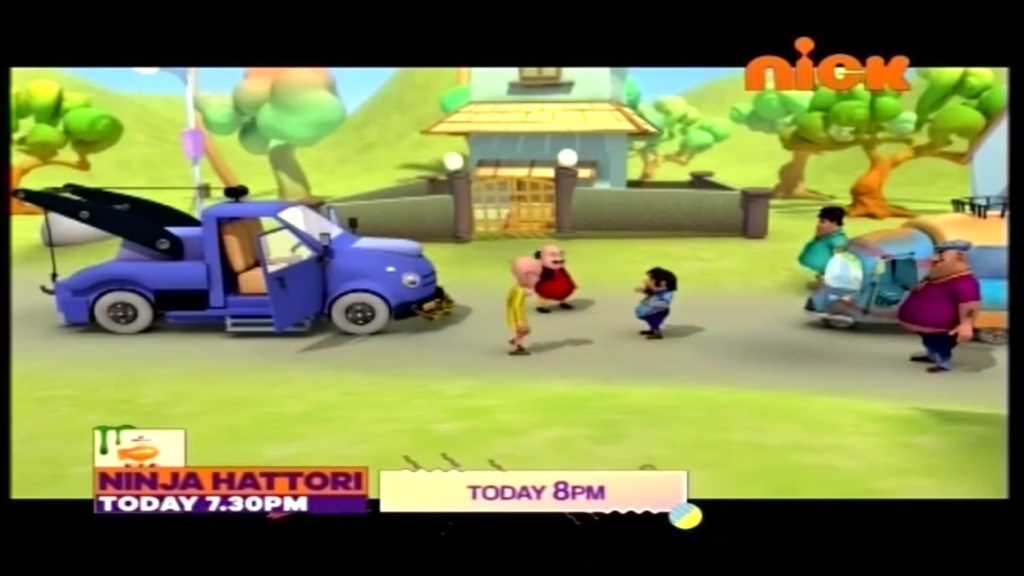 No more FOP on weekdays on Nick Iberia, at least for now. The last episode aired was Something's Fishy!/Presto Change-O!.

Speaking of which, will Timmy Turner's merman alter-ego save the channel? The answer is: probably never.

Will the shows be dubbed/subbed? Google Translate isn't making it clear.

Ghostbuster said:
Will the shows be dubbed/subbed? Google Translate isn't making it clear.
Click to expand...

Well, both Cartoon Network Japan and Disney Channel Japan dub their shows. So, I think Nick Japan will.

It appears that this feed is mostly old shows with only a few modern ones, no Loud House or Thundermans on this feed, just like the Indian one, the only show I can't identify is "High School Ninja".

Tomorrow will be the day of the Three Holy Hierarchs, and to celebrate it every year, there won't be school, and plus we do 2-hour divine services! And so, Nickelodeon Greece released a trailer for that. I will see if I can upload it tomorrow.

Also, I want to talk about the SpongeBob Gold event, SpongeBob's Spooktacular Halloween, because, wellll... just to inform. In my country, unlike the two previous events, this one got almost no promotion at all (only the trailer aired once or twice, judging from my recordings), and it got a lot of promotion only the day it premiered. Also, there were no bumpers or screen bugs (it was like watching a simple marathon), and the halloween episode DIDN'T PREMIERE!!!

JaredCap43™ said:
It appears that this feed is mostly old shows with only a few modern ones, no Loud House or Thundermans on this feed, just like the Indian one, the only show I can't identify is "High School Ninja".
Click to expand...

Also reminds me of DC Asia and the near lack of live-action shows.

I think that the reason why there aren't a lot of live-action shows is probably because NHK E airs one of them a week.

It even has some old shows! Nick Iberia just can't reair them.

Here are all the January 2018 promos for Nick Greece:

Basically the new Nick Japan is kind of like DC Asia and Nick India: an animation channel.

TV18 is increasing their stake in Viacom18 to 51% taking majority control.

Francisque is going to hate this. MTV always uses English words here, since English is cooler than Dutch. This was rather unusual during the Anubis special.

animegamer said:
TV18 is increasing their stake in Viacom18 to 51% taking majority control.

Weird, it's normally the other way around, with Viacom getting the majority stake.

PicardMan
My alma mater will always break my heart. Just two yards away from the college football playoff.
Today at 1:36 AM •••

Streaker Prower ilpuyopuyo Streaker Prower wrote on ilpuyopuyo's profile.
If Litton purge didn’t affect The CW, what would be the 2021-2022 schedule for Vortexx on The CW
Yesterday at 4:38 PM •••

IDOconsiderwaffles
Still here, for better or for worse
Yesterday at 3:55 PM •••

AngelAnimate15
Lord Decibel, along with the episode he debuted in, turns 5 years of age today! Check out my NewGrounds account for details: Today’s the Day; JOLLY DECIBEL DAY!!!!!!!!!!!!!!!!!!!

NOTE: I go by a different name on NewGrounds, but once I become a supporter of the site, I’ll change my username on there.
Yesterday at 11:18 AM •••