I Learned Something Today

I learned that this thread is still active

"they recently released toy story 2 in 4k and guess what was removed? The prospector "blooper" where he offers the barbies a part in toy story 3. It must have been too weinstein ish for 2019."
Reactions: superkeegan9100 and TheMisterFree

InvisionFree was shut down around a year ago. Lame.
Last edited: Jul 1, 2019

This is the iconic scene from the British comedy Fawlty Towers in which Basil Fawlty wails on his car with a tree branch:


It was filmed at the intersection of Mentmore Close and Lapstone Gardens in Harrow, UK.

Not sure where that is? Look up "Basil Fawlty's car thrashing site" on Google Maps. There's a marker for it. 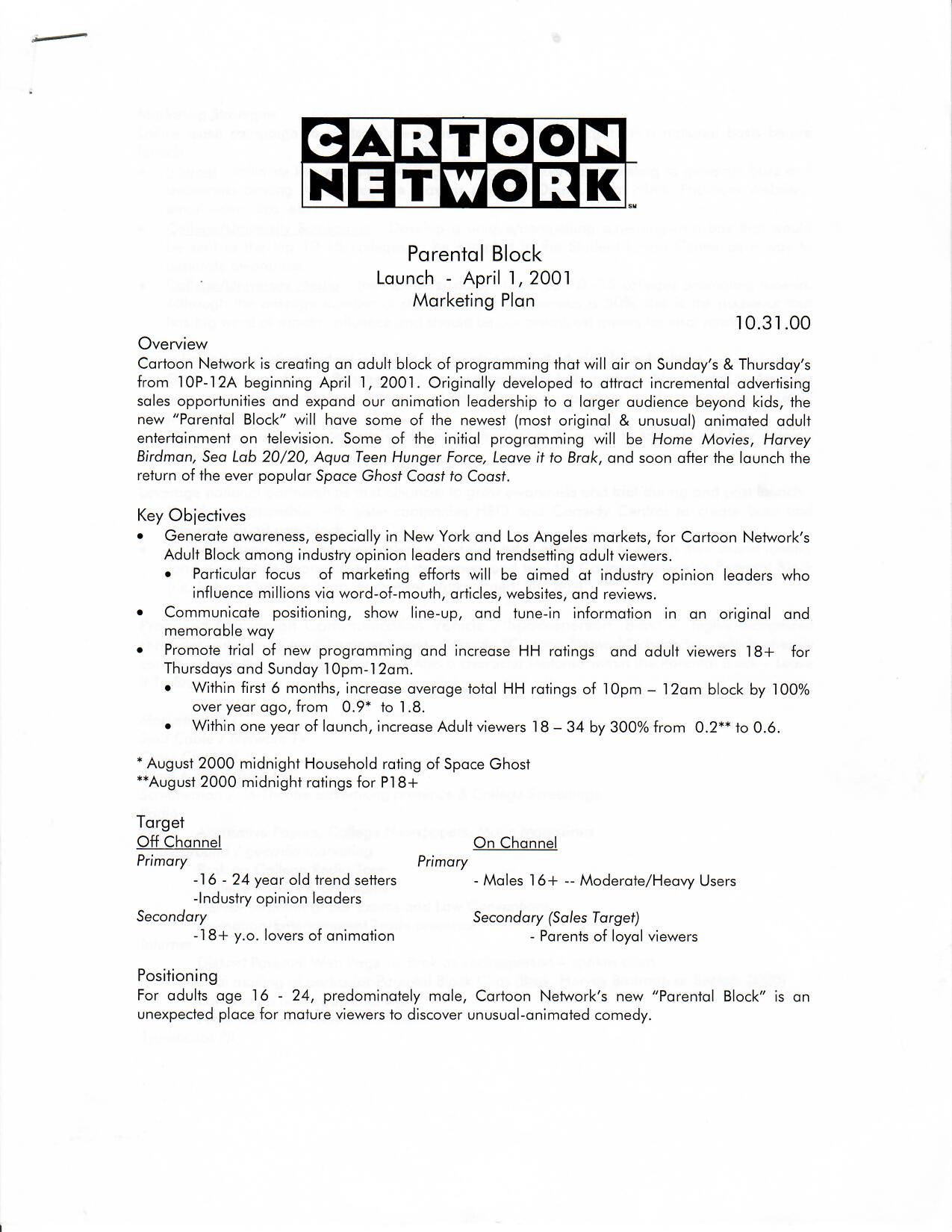 Thanks to @kianworld of CN Schedule Archive for pointing this out.
Reactions: ToonJay723 and Dan's Revenge

Too Hip For Spielberg

Today I learned there's an official piece of Pokemon merchandise out there that calls Marill "Pikablu." Topps made the error.

Yup, they really used that word. On a kids channel.
Either they didn't realize it wasn't a very kid-friendly word or they just didn't give a d*ng.
Click to expand...

English is an official language in various African countries, so it’s definitely the latter.


Sent from my iPhone using Tapatalk
Reactions: Radiant97 and superkeegan9100

Yup, they really used that word. On a kids channel.
Either they didn't realize it wasn't a very kid-friendly word or they just didn't give a d*ng.
Click to expand...

I'm still baffled as to why they even got away with that in the first place...
Reactions: Radiant97

Peter Paltridge said:
Today I learned there's an official piece of Pokemon merchandise out there that calls Marill "Pikablu." Topps made the error.

That card also has Snubble's Japanese name, going by memory. Does this mean Pikablu was considered as an official name before they went with Merrill?

Too Hip For Spielberg

pacman000 said:
That card also has Snubble's Japanese name, going by memory. Does this mean Pikablu was considered as an official name before they went with Merrill?
Click to expand...

No, it means someone at Topps had to be using the Internet as a source rather than Nintendo.

I just learned that the iconic Scooby Doo theme did not debut until the third episode. This was the theme for the original premiere.

Pressing the comma and period keys after pausing a YouTube video advances it forwards or backwards one frame at a time.

In 1968, parent-run organizations, particularly Action for Children's Television (ACT), began protesting what they perceived as excessive violence in Saturday-morning cartoons. Most of these shows were Hanna-Barbera action cartoons such as Space Ghost, The Herculoids and Birdman and the Galaxy Trio, and virtually all of them were canceled by 1969 because of pressure from the parent groups. Members of these watchgroups served as advisers to Hanna-Barbera and other animation studios to ensure that new programs would be safe for children.

Fred Silverman, executive for daytime programming at CBS, was then looking for a show that would both revitalize his Saturday-morning line and please the watch groups. The result was The Archie Show, based on Bob Montana's teenage humor comic book Archie. Also successful were the musical numbers The Archies performed during each program (one of which, "Sugar, Sugar", was the most successful Billboard number-one hit of 1969). Eager to build upon this success, Silverman contacted producers William Hanna and Joseph Barbera about creating another show based on a teenage rock group, this time featuring teens who solved mysteries between gigs. Silverman envisioned the show as a cross between the popular I Love a Mystery radio serials of the 1940s and either the Archie characters or the popular early 1960s television series The Many Loves of Dobie Gillis.

After attempting to develop his own version of the show, called House of Mystery, Barbera, who developed and sold Hanna-Barbera shows while Hanna produced them, passed the task along to storywriters Joe Ruby and Ken Spears, as well as artist/character designer Iwao Takamoto. Their treatment, based in part on The Archie Show, was titled Mysteries Five and featured five teenagers: Geoff, Mike, Kelly, Linda, and Linda's brother W.W., along with their bongo-playing dog, Too Much, who collectively formed the band Mysteries Five. When The Mysteries Five were not performing at gigs, they were out solving spooky mysteries involving ghosts, zombies, and other supernatural creatures. Ruby and Spears were unable to decide whether Too Much would be a large cowardly dog or a small feisty one. When the former was chosen, Ruby and Spears wrote Too Much as a Great Dane but revised the dog character to a large sheepdog (similar to the Archies' sheepdog, Hot Dog) just before their presentation to Silverman, as Ruby feared the character would be too similar to the comic strip character Marmaduke. Silverman rejected their initial pitch, and after consulting with Barbera on next steps, got Barbera's permission to go ahead with Too Much being a Great Dane instead of a sheepdog.

During the design phase, lead character designer Takamoto consulted a studio colleague who was a breeder of Great Danes. After learning the characteristics of a prize-winning Great Dane from her, Takamoto proceeded to break most of the rules and designed Too Much with overly bowed legs, a double chin, and a sloped back, among other abnormalities.

Ruby and Spears' second pass at the show used Dobie Gillis as the template for the teenagers rather than Archie. The treatment retained the dog Too Much, while reducing the number of teenagers to four, removing the Mike character and retaining Geoff, Kelly, Linda, and W.W. As their personalities were modified, so were the characters' names: Geoff became "Ronnie" – later renamed "Fred" (at Silverman's behest), Kelly became "Daphne", Linda "Velma", and W.W. "Shaggy". The teens were now based on four teenage characters from The Many Loves of Dobie Gillis: Dobie Gillis, Thalia Menninger, Zelda Gilroy and Maynard G. Krebs, respectively.

The revised show was re-pitched to Silverman, who liked the material but, disliking the title Mysteries Five, decided to call the show Who's S-S-Scared? Silverman presented Who's S-S-Scared? to the CBS executives as the centerpiece for the upcoming 1969–70 season's Saturday morning cartoon block. CBS president Frank Stanton felt that the presentation artwork was too scary for young viewers and, thinking the show would be the same, decided to pass on it

Now without a centerpiece for the upcoming season's programming, Silverman had Ruby, Spears, and the Hanna-Barbera staff revise the treatments and presentation materials to tone down the show and better reflect its comedy elements. The rock band element was dropped, and more attention was focused upon Shaggy and Too Much. According to Ruby and Spears, Silverman was inspired by Frank Sinatra's scat "doo-be-doo-be-doo" at the end of his recording of "Strangers in the Night" on a flight to one of the development meetings, and decided to rename the dog "Scooby-Doo" and re-rechristen the show Scooby-Doo, Where Are You! The revised show was re-presented to CBS executives, who approved it for production.
Click to expand...

...Scooby-Doo turned 50 and nobody told me?!
Reactions: superkeegan9100

"Woman Escapes Jail Time For Crazy Reason
A South Carolina woman who was arrested for DUI pleaded she was "too pretty to go to jail." Amazingly, the judge in her case agreed. She's doing no time, and even gets to keep her driver's license."

I am a DuMont production.

I learned recently that you can make animated .ico files.

TIL the Nokia tune is derived from this classical guitar solo from 1902.

I learned there was a canceled Sega CD MC Hammer game.

I learned that sugar candies and other sugar stuff are not healthy.

I JUST learned that "Big Ben" is the name of the bell atop the tower, not the actual tower which is called Elizabeth Tower.
Reactions: superkeegan9100

Wait, Studio C is a group of mormons? Color me surprised.

ProtoGentIsDead
Opinion changed from The 7D. I didn't like it, because it's often more bland despite the animation and the writing as well. It's kinda more like Teen Titans Go! I don't even blame on Parry Gripp's music.
Today at 4:29 PM •••

Rabbitearsblog
Has anyone seen the new Sonic the Hedgehog movie yet? I just did and I LOVED IT! It was such a fun and heartwarming movie and I can't wait to see more of Sonic in the sequel (if it gets made)!
Today at 2:44 PM •••

Vuxovich
You think the 2016 reboot is the worst entry in the Powerpuff Girls franchise? That honor actually goes to "Powerpuff Girls Z". How about that?
Today at 7:08 AM •••

DBTrilogy100
I'm one of those people that's more familiar with Sonic's arch-enemy being called "Dr. Ivo Robotnik" rather than "Eggman".
Yesterday at 10:27 PM •••