It was announced in 2015 that the Dr. Seuss book Green Eggs & Ham would be adapted into a Netflix series by Warner Bros. Animation in 2018, flash forward to the near-end of 2018 and we still don't have any material from it. Is it possible that they canned it?

Have a nice trip, see you next fall

Netflix still has it listed on their media center site's list of upcoming originals.

Here's the teaser trailer. It comes out in fall.
Reactions: superkeegan9100
T

We also have a cast, synopsis, and preview image!

Cast:
Synopsis:
"The story of Green Eggs and Ham is like a postmodern Plains, Trains and Automobiles through the whimsical world of Dr. Seuss. Sam rescues the rare Chickeraffe from the Glurfsburg Zoo, hides it in a briefcase, and attempts to make his way to Meepville where he can charter a cold air balloon to take the Chickeraffe to his island home. Guy just flopped his last big chance at being a world famous inventor for the industrial Snerz Co. He packs up his invention in a briefcase and resigns to give up on his dreams and become a paint watcher.

A chance meeting at a diner with Sam, and a switch up with the briefcases results in these two unlikely souls getting mixed up on an adventure that takes them on a journey of self discovery. Our two mismatched heroes cross paths with overprotective Michellee, whose daughter, EB, desperately wants a pet, and falls madly in love with the Chickeraffe… despite her mother’s fears that it will eat off her face (it won’t). Michellee’s walled up heart also connects with the heart-hardened Guy. And a laborious love story begins. Our fakakta foursome are also unknowingly pursued by a bounty hunter goat, two bad guys, and a villain who’s out to get the Chickeraffee as his ultimate trophy."

This reminds me so much of a 90's cartoon or animated movie. I cannot wait!

What does this plot have to do with Green Eggs and Ham?!
Reactions: superkeegan9100 and ShadowBeast

The Man, The Myth, The Cartoonist

This is interesting, I wonder what they were thinking while coming up with this idea.

Dudley said:
What does this plot have to do with Green Eggs and Ham?!
Click to expand...

That's what I'm wondering. Where does the green eggs and ham come into this plot?
Reactions: superkeegan9100

Dudley said:
What does this plot have to do with Green Eggs and Ham?!
Click to expand...

I'm made to understand that this whole show is some big-name celebrity's vanity project, so the connection to the source material is pretty much irrelevant.

The show comes out November 8.
M

Leviathan said:
I'm made to understand that this whole show is some big-name celebrity's vanity project, so the connection to the source material is pretty much irrelevant.
Click to expand...

And for this reason...

To both Netflix, and whoever made this show, try again...

Mandouga said:
And for this reason...

To both Netflix, and whoever made this show, try again...
Click to expand...

You're an adult, right? Or at least too old for Dr. Seuss? Why should WB or Netflix care if you don't want to watch it?

This is no doubt moving to HBO Max...

It’s still set to come out on Netflix in November. I wonder when a trailer with animation footage will drop.

Netflix uploaded the first eight minutes to You Tube.
I’m not sure if I like it or hate it. 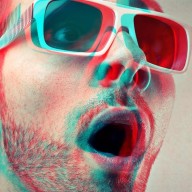 I'm more than half-way through and I enjoy it. Animation, especially, is top-notch like an old-school traditional animated feature.
Reactions: Radiant97 and Fone Bone

Jeez, I have no idea who thought it was a good idea to make a 13 episodes series about a 32 page picture book but man they should get a promotion because I am loving this.
Reactions: RainbowCupcake and Fone Bone

I loved the series! The coloring style reminds me of the Curious George movie Universal made in 2006.
Reactions: RainbowCupcake and superkeegan9100

Sifting through this thread, I understand what many of you may be thinking. “Green Eggs and Ham as a Netflix series? What is this crap? How can ya turn a Dr. Suess book into a meaning children’s series with heartfelt moments, strong writing and characters that you’ll be rooting for all the way through?”

I don’t know what kind of people Ellen hired, but they somehow were able to accomplish this monumental feat.

I’m just gonna come right out and say it: this is one of the best animated series I have seen this year. Easily rivals with Tangled: The Series. Actually, it’s one of the best I’ve seen in the past five years. Ten years. Might even make my top five list of all time.

Because it’s just that good. Everything was clearly planned out from the beginning and wrapped up in a nice bow at the end while still leaving room for more. I love how the first season was a self-contained story—almost like watching a five and a half hour movie—yet a second season is on the horizon based on
the cliffhanger showcasing Sam’s discovery of his mother’s location, something I totally saw coming. Guess Sam and Guy are off on another adventure!
The only bad part is that the series will probably have a two and a half year hiatus between seasons because the animation is so complex and takes a lengthy amount of time to complete. *sigh* Guess I’ll see you in May 2022, Green Eggs and Ham.

Anyway, I’ll get to the more spoilery-stuff now if anyone cares to read my thoughts.

With that being said...do me a favor and give Green Eggs and Ham a try. Trust me, friends, you'll most definitely cry!

...Dangnabbit. I've been thinking about this series too much.
Reactions: Radiant97 and superkeegan9100

Apologies for the double post, but this Facebook message from Snipple Animation Studios was posted by @SweetShop209 over on the Unikitty thread and it caught my eye.

harry580
what is upsetting about comedy central is that the network is always airing the office series too much
Today at 5:03 PM •••

harry580
did you think that nickelodeon should slow down the reruns of spongebob and air the old spongebob episodes on nicktoons?
Today at 5:02 PM •••

SweetShop209
I wish a happy birthday to Corey Burton (65) (voice of Professor Ludwig Von Drake for over 30 years, as well as Megatron on Transformers Animated), Sumalee Montano (48) (voice of Arcee on Transformers Prime and Katana on Beware The Batman), and Travis Willingham (39) (voice of King Roland on Sofia The First and Thor on many Marvel cartoons since Avengers Assemble).
Today at 10:58 AM •••
Top Bottom