Mother's Day episode would have been a good episode to bring Carla back, she does issues with her mom.

"Issues with her mom"? That's putting it lightly. If I were Carla, I'd be stewing in positively murderous rage toward Ash. Carla missing her mother was clearly a big part of her character for her earlier episodes (see how she latched onto any words of praise Shuriki, a potential mother figure, gave her), and the joy she felt when reuniting with her and having the whole family together was palpable. And then said mother betrays her in the cruelest way possible, costing her the presence of her father who is the parent she's closer to given that he actually raised her for most of her life. So yeah, expect things to get ugly if Carla and Ash ever reunite.

It sucks that we have to wait until summer, though. Honestly, this is one of the worst writing to come out of this season. Elena told Carla she'd "deal with her later" at the end of episode 7, after Carla outright said she would do anything Elena wants if it means she helps reverse the spell on Victor, and yet we've just gotten through episode 18 and nothing has come out of that. I don't think any viewer thought that by "later", Elena meant months later. It's so bizarre that she has a Malvago offering her services to her on a silver platter, but she has yet to get back to her on that offer! And this means that when she finally does, it'll just be awkward.

I get that the situation with Esteban that happened at the exact same time has more inherit drama to mine from it and I have loved all of that drama, I wouldn't change a thing about it. But they still could have paced out Carla's role in small pieces here and there rather than just drop it all at once in what is clearly going to be the show's endgame stretch of episodes.
Last edited: Jan 11, 2020
Reactions: Fone Bone

I see prudential if they did something with Carla and Naomi. Naomi has that parental family that Carla always wanted. You could something there. That is what I meant by having Carla involved in a mother's day episode, Carla see the positive relationship Naomi has with her mother. Or Mateo for that mater, his mother still alive and wonderful. Elena has no mother either, but it is different reasons. Plus Mateo and Carla I have always kind of ship them.

Carla and Naomi also has a interesting dynamic, Carla tried to destroy her friendship with Elena and the others, so if Carla goes thought a Zuko redemption, Naomi could be the Katara of that dynamic, least trusting, have the biggest grudge of them all and be hardest to come around.
Reactions: Fone Bone

Yeah, it would have been nice to have Carla around in small doses where she interacts heavily with Naomi and Mateo and Gabe. Then once Naomi took her leave in "The Last Laugh", that could have been a more natural impetus for Elena to start interacting with her more. Don't get me wrong, Elena would always have some natural compassion for Carla given that she can relate to being betrayed by family, but the way I wanted it to go was that she would mainly get back to Carla on her plea of "I'll do anything!" ASAP for mercenary reasons: in her mind Carla would be a useful asset in dealing with the threat posed by Ash, Zopilote, Esteban and anyone else in their orbit (but particularly Esteban, since that's the one she's the most angry with). But after Naomi leaves, Elena would subconsciously begin trying to get to know Carla more personally in order to fill the void Naomi left behind in her life. It would have serviced as great development for the characters, but for some reason they blew it. It doesn't ruin the show or the season by any means, don't get me wrong: it's just disappointing.
Reactions: Fone Bone

I'm guessing for those that want to see more of Carla's side of things, and yet there hasn't been, it's not too much of a surprise. I recall what Craig said in this podcast in April last year, with the network not as being keen on serialized storytelling when he tried doing it on Sofia. When you think of Disney Junior shows, or just TV-Y rated shows in general, they're generally very episodic and not serialized, and having more standalone episodes is essentially a requirement for TV-Y rated shows, at least based on what he said. Shows rated TV-Y7 and above have more freedom for serialized storytelling.


SweetShop209 said:
At 1:03:30, he mentioned that the reason why only 4 of the Wicked Nine pieces were seen captured onscreen is due to the network not being too keen on serialized storytelling. The fact he even got to do this kind of story is definitely satisfying in my book. 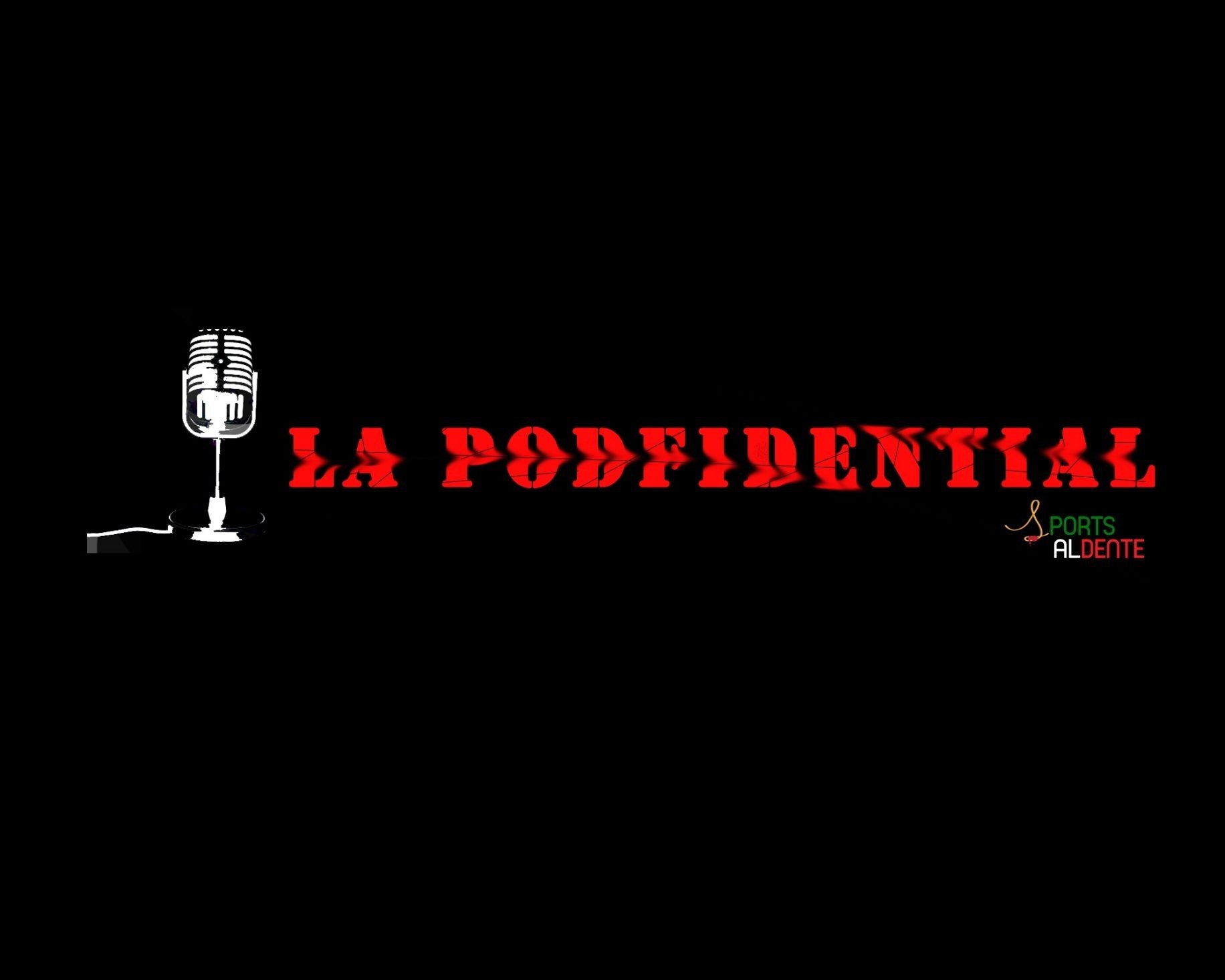 Elena Of Avalor won the children's tv category at the HUMANITAS Awards. Changing Of The Guard was the winner.

So yeah, Naomi leaving ended up being totally pointless, huh?

Also, Esteban is certainly getting better at villainy in term of dark intentions, but he's still got a ways to go before he can safely call himself a competent evildoer.

So it seems this episode just ignores the Naomi and Gabe relationship. I guess that is sort of forgotten.

It Chatana has upped her game as being the most dangerous of this group. The most evilest for sure. Something tells me, once she gets her crown back, it is not going to be good for anybody.

I found the idea that Naomi is embarrassed by money problems surprisingly adult. I'm not sure the preschoolers who watch this show can relate to it, but it was certainly an interesting and unusual problem that you don't see on a ton of shows designed for very young kids.

The episode was solid too, so I appreciated it anyways. ****.

So if we are getting an episode a month, I think that means, we have at least 3 more episodes before we get to back Carla. If you consider June summer.

I found this interview with Christian Lanz. Here are some things of note:

48:00- He mentions that elements of his family factored into Esteban, such as his father.

53:45- In regards to Esteban's secret coming out in "The Magic Within", he mentions knowing a lot about what happens in season 3 far in advance, but he doesn't know everything . He mentions being surprised the first time he saw that Esteban wasn't in the intro .

59:52- He mentions that he likes Esteban's dynamic with Isabel, and feels that he could not bring himself to hurt her. He also mentions his behavior in this dynamic to be akin to that of a toddler while she's more mature, with some heavy self interest on his end.

1:07:50- He mentions Isabel as his favorite character, and he sees himself in her .

1:13:50- He mentions that he thinks that Esteban's character arc will end in an interesting way. Obviously, he can't reveal everything now, but I believe him.

1:16:40- He mentions that the whole scenario in "Dreamcatcher" is reminiscent of saying goodbye to someone in the family who's dying . It was hard to do .

He ends the interview with hoping that there's an Elena presence at a comic Con convention.
Reactions: Fone Bone

Someone found the description for next month's episode.

Didn't we already to a Mateo and Gabe conflict episode recently?
T

I read that there may not be a season 4, but is there any official confirmation on whether that's the case or not?

Craig Gerber mentions Isabel being 13 by the time of Elena's coronation, of which she'll be 20.

This is a nice nursery rhyme.

the_joker said:
I read that there may not be a season 4, but is there any official confirmation on whether that's the case or not?
Click to expand...

Yes, it was officially confirmed that Season 3 is the last season.

The show is nominated for the NAMIC Vision Awards. This honors programming that reflects the lives, spirit and contributions of people of color that mirrors the diverse composition of the viewing audience.

BroadwayWorld has an exclusive clip of James Monroe Iglehart's guest appearance in the upcoming episode of 'Elena of Avalor.'