Next week's Elena episode, The Last Laugh, has Moana herself, Auli'i Cravalho, voice Naomi's childhood friend Veronica. It's quite appropriate to air that day since she turns 19. Plus, my review on deviantart will be November 23, the 3 year anniversary of Moana.

That was cute, but slight. The show has done much better, especially recently. 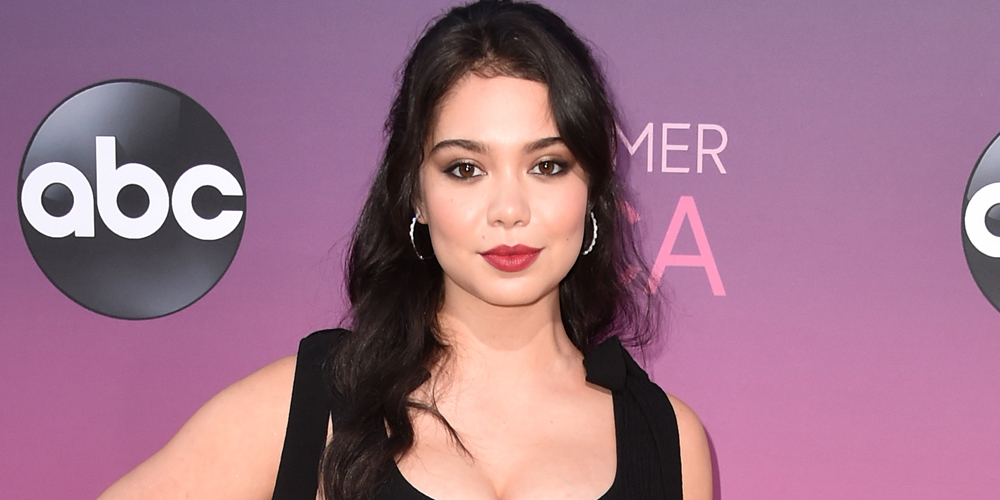 Auli’i Cravalho is a Pirate in ‘Elena of Avalor’ – See The First Look Clip!

Here's a sneak peek at tomorrow's Elena episode. Unsurprisingly, Auli'i Cravalho gets to sing as Veronica.

Here's a picture of Chatana.

I did not expect Naomi to get written off the show so suddenly. Not sure how I feel about it.

Also, Esteban continues to set himself up for some kind of inevitable possession by some dark force through his willingness to be a bad guy. He may think he's secretly helping his family, but mark my words: his foolishness is going to warp him into his family's biggest threat ever.

So while the villains gaining allies, the good guys are losing people.

And have said before, I say it again, can Elena just find someone to fill Esteban old job, weather she appoints somebody or have an election. And now you lost Naomi as well, now we have 2 positions to fill. Isabel has gotten a lot of screen time of late, maybe she can fill one of those positions.

I do wonder if Naomi absent, is setting up the Carla plot line. Elena now has no female friends her own age to hang out with, so maybe she is not so picky of hanging out with a convict. Seriously I could see Carla redemption happening and her boding with Elena and everyone else, and than Naomi comes back, and she is strongly anti Carla because of how she tried to break up Elena and Naomi's friendship in the past.

Here is my review of the episode.

Elena Of Avalor "The Last Laugh"

This was a pretty good episode so I'm going to talk about the two things that jumped out at me, and then some larger observations I have of the series as whole.

First thing, when SnarkyCat speculates that Estaban is worse than Ash I sincerely hope he is a bad judge of character. Estaban himself gave me no comfort in that regard. Honestly, that was a great move on the writer's part. It's an opinion, and ultimately means nothing, but it worries us, especially since Estaban seems to enjoy that idea. That is what is known as good writing. It's NOT all that hard. Most cartoons make it seem like pulling teeth. But really, stuff like this should be standard, and this show is eating every other kids show but She-Ra's lunch.

The second thing is less complimentary. I felt nothing for Naomi's goodbye because it seems to me there is no way they are making it permanent. Maybe if it occurred in the last few episodes I'd believe it, but the "closure" here was perfunctory, and suggested to me that in two or three episodes Naomi will get over her wanderlust and decide she belonged at Elena's side all along. It was the wrong placement in the season to actually make me believe it's real. And if it's not real, it doesn't matter to me, and doesn't actually land.

The thing I wanted to talk about the series in general is that since this was a pretty standard episode, I sort of took a step back and listened to the dialogue, and how an average episode of this compares to other kids shows, preschool or not. The performances on this show make the dialogue work, but I was interested if the dialogue itself was any good.

I think at first glance, the dialogue is basic, often corny, and a bit obvious in regards to the situations that are happening. Nobody will accuse this show of having realistic conversations or rat-a-tat-tat snappy patter. But listening to it, it strikes me that the dialogue is very unique in that it is completely right for the show. It explains everything for the little kids in the audience, but isn't bad enough for me to turn up my nose at it. The characters say exactly the right things they should in every situation they are put in. I am a firm believer that unpredictability is vastly overrated as far as television goes. There is something to be said for watching a TV show go down the precise way it SHOULD go down. That's how I feel about this show's dialogue. There will be snobs unimpressed with the fact that there isn't a ton of observational humor present in the words themselves, and that none of the characters ever say anything unexpected. I don't actually think either of those things are bad things. It straddles the line between obvious enough to explain what is going on to toddlers, without being obvious enough to get on my nerves. It's in-between, which for a preschool show is downright amazing. It's the only preschool show I watch that is regularly true of.

But that was a standard episode, with some neat foreshadowing with Estaban. The reason it's neat is it could be completely bogus, and if it is, nobody will complain in hindsight. That is the genius of making it a snap judgment, and nothing more than an opinion from a character we don't know. But it worked me up at any rate. ***.

/PRNewswire/ -- Eighty-six film and television writers have been named finalists for the 2020 HUMANITAS Prize, it was announced today by HUMANITAS Executive...

The Elena Of Avalor episode "Changing Of The Guard" was nominated for a Humanitas Award.
Click to expand...

Disney’s “Frozen 2” and Laika’s “Missing Link” led the 47th Annie Award nominations Dec. 2 with eight each and will battle it out for best animated feature along…
variety.com

The episode "Changing Of The Guard" was also nominated for an Annie Award .

Here's my review of the Hanukkah episode.

Elena Of Avalor "Festival Of Lights"

That was cute, but I was wondering why they didn't just get Mateo to fix the thing using magic. But it was a sweet Hanukkah special. ***.

Here's my review of the Hanukkah episode.
Click to expand...

I checked my tv guide. The episode will be shown on the Disney Junior channel on December 22 at 8:05 am. It's also the only other time the episode will play.

I was wondering when she'd get a lullaby. This is quite sweet.

I found the title for the next episode.

Well until the ending when it was obvious they were going in a redemption direction with this character, I thought Malika was a good candidate for Ash and Esteban's League Of Evil, but I am fine the way it turned out. Did those two just hide and wait all the time for her to learn a lesson, wow talk about commitment.

I know we already got backstory in song, but part of me wants to think the wizard in question was Ash, the idea of Ash working at a child birthday party makes me laugh.

And Matao, one guy and 4 princesses, those are good odds of him scoring.

I love Princess Chloe's design, she looks like Lucille Ball, I wonder if that is an inspiration.

And who this new council member, have we ever seen him before?

It was a typical filler episode, but I love Princess Chloe, the manic energy her character had in her movements, voice and facial expressions was a lot of fun.
Reactions: Fone Bone

Elena Of Avalor "The Birthday Cruise"

I love that this show is not afraid to give EVERYONE a super happy ending, including Maleega. This gives me higher hopes for Estaban's fate. The show tends to give the audience what it wants. Maybe my fears about him are groundless.

Poor Chloe. She tries so hard. It's an interesting lesson that there is a middle point between selfish and assertive enough to stand up for yourself and it's good that the show gave it to an already overly assertive character like Chloe to learn. It's a cool dynamic especially because Chloe wants to learn and change and grow and we are allowed to sympathize with her process of that.

I really love this show. Every single dumb preschool show that comes out now is something I'm going to hold up against this. I'm not going to tolerate dumb stuff the way I used to knowing toddlers can have a show like this if the creators care enough. ****1/2.

So, it seems the story for Carla and Victor will move to this summer. It's a longer wait than I thought, though I'm used to these hiatuses from Sofia The First and The Lion Guard.
Last edited: Jan 11, 2020

The show going into summer period shocks me, either this season is super long or we will have some hiatuses.

I'm pretty sure there will be episodes in between then, but it's most likely just 1 episode a month. Plus, Craig mentioned a Mother's Day episode a few months ago, meaning at least 1 episode before summer .
You must log in or register to reply here.
Share:
Facebook Twitter Reddit Pinterest Tumblr WhatsApp Email Link