PicardMan said:
Pixar's Soul is guaranteed a win. Some people thought Sausage Party had a chance at a nomination with an 82% Rotten Tomatoes score, but that was a very stacked year with lots of competition. I think the fact that Demon Slayer is an animated action film might be a disadvantage as live action action films, especially fantastical ones such as superhero movies, tend to struggle to get Oscar nods and usually only for stuff like special effects. Okay, animated superhero movies like The Incredibles and Into the Spider-Verse have won so superheroes and action stuff seems less stigmatized than the live action Oscars. But an R rated action animated film has so far yet to be nominated as the only other rated R film was a drama film. An R rated nominee of the action genre would be a big deal for the Oscars.
Click to expand...

Well, I would say it's either Soul or Onward that is guaranteed to win the Oscar for Best Animated Feature.

Official US release date is announced on Twitter as April 23. I assume this will be a limited release so there probably won't be very many showings. Hope there is a showing on a Monday or Tuesday as those are my days off work. Digital release is June 22. Hopefully, season 2 doesn't air until after the American digital release for those who couldn't see the limited theatrical release. .

In other news, Demon Slayer has a happy meal promotion in Japan despite being rated R in most Western countries. Scalpers are trying to sell these for lots of money to American anime geeks. 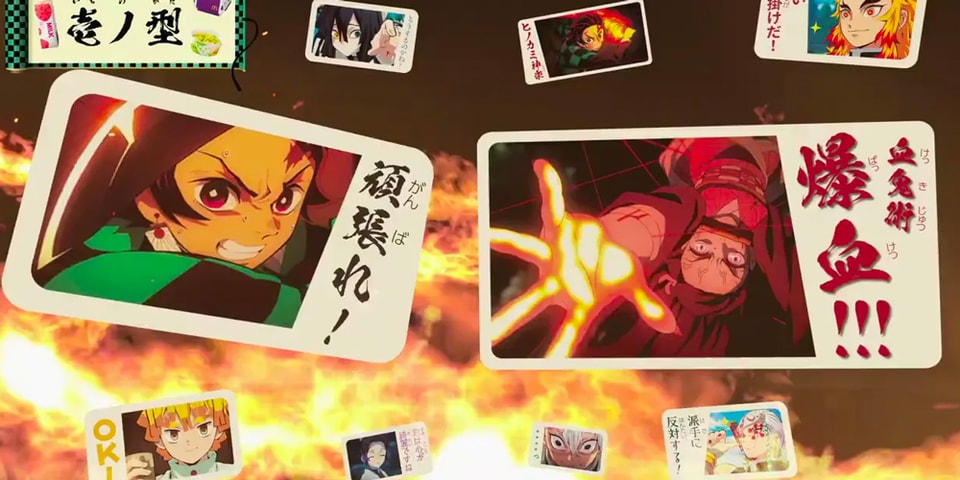 Leading to a statement asking consumers to think of the children.

Unfortunately, yes, I could see it being a limited run because it's an R-rated anime and because of covid and the partial theater openings. 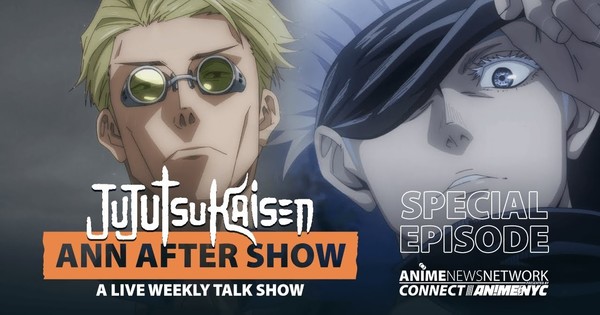 The ANN Aftershow - Why is Everyone in Jujutsu Kaisen So Hawt?

It's kind of rude, to be honest. ALSO: those Oscar snubs and Cowboy Bebop live-action update!

ANN just revealed that Demon Slayer got snubbed by the Oscars. No surprise that a rated R animated action film would be ignored by the academy.

I'm not saying the film probably doesn't deserve an R rating, but it's funny because I keep hearing about how popular the film was with elementary school students in Japan. I keep underestimating the cultural differences between Japan and America.

Gold Guy said:
I'm not saying the film probably doesn't deserve an R rating, but it's funny because I keep hearing about how popular the film was with elementary school students in Japan. I keep underestimating the cultural differences between Japan and America.
Click to expand...

America is just really strict on blood even if we are lenient on violence in movies. PG-13 movies can be as violent as they want as long as the red stuff isn't seen. I would have thought that the MPAA would be more lenient on animated violence vs live action as quite a few scenes of Adult Swim anime get TV-14 ratings when they would undoubtably be TV-MA if live action (many really bloody Attack on Titan and HunterXHunter episodes). When it comes to American children's cartoons, any amount of blood is verboten. Thinking about it, all the European kids cartoons I am familiar with don't contain bloodshed (Totally Spies, Martin Mystery, Code Lyoko), suggesting it is taboo in Europe as well. Is Japan possibly the only country in the world where children's cartoon characters are allowed to bleed? And why is any amount of blood, even minor cuts, extremely taboo in the rest of the world besides Japan, but bloodless violence can be okay in some circumstances (like one episode of TMNT 2003 where Leonardo goes to a bad future and the other turtles get brutally, yet bloodlessly murdered)? It seems like blood is more taboo than violence itself if showing a violent scene without blood is okay. In American media, animated or live action, blood=bad and that's why the R rating.

I'm sure it's accepted in Asia like in South Korean animation as well. Not sure about Europe but I remember reading a few years ago that there was an upward trend in demand for mature/adult demo/R animation.

But as far as Mugen Train goes, I would think the R rating comes part and parcel with the decapitations and something our lead protagonist does in the final moments of the battle in this movie (unless it was changed from what happens in the manga).

Honestly, an R rating is pretty understandable given how much blood there is in the series and I assume in the movie itself. I do wonder how much money they're expecting to make from a limited theatrical release though. At least they also announced when the movie will be released digitally and fans won't have to wait that long to see it if they don't want to go to a movie theater.

I was surprised that someone at Anime News Network was able to presumably go to Japan and review the movie. *WARNING* the reviewer decided to spoil a major twist and that's why I won't link the review. *WARNING* Upset about that. I know that with TV reviews containing spoilers is common because subsequent episodes follow on plot points from previous episodes, but usually spoilers are more minimized in movie reviews. The animation is not as amazing as Ufotable's Heaven's Feel movies, but it's still solid enough to score a B.

I wonder if IGN or Den of Geek are going to review the movie. Most general geek culture sites tend to pay less attention to anime, but with its huge box office in Japan, maybe this will be the exception. Den of Geek only reviewed the first season of the series itself in January 2021 after the Neflix release. Anime must still be underground if there is only two dedicated professional anime review websites (THEM Anime Reviews seems to be in drastic decline so more like 1.5).

Looks like it's a very limited release as no theater in my rural community is showing it. Don't want to have to drive all the way to Dallas or OKC just to see it. Limited releases suck for those who live in the sticks. I'll wait till it's available on demand.

Funimation will stream three specials geared towards bringing viewers up to speed before Mugen Train comes out in the US.
You must log in or register to reply here.

Low Spark of Lyman
Since I'm in New Hampshire, there's snow outside today.
Today at 4:26 PM •••

5YearsOnEastCoast
Is it me or is marketing for modern cartoons going through some kind of dark age right now?
Today at 3:02 PM •••