Half Deadpool, half Misty. And now you've seen that. I just HAD to put THIS here: If you watched a relatively recent episode of CR's Familiar Faces, you might know these characters: Jingle Belle and Polly Green. It's impressive because someone tried a serious attempt at a Calcium/Calne Ca (Bacterial Contamination in this case) cosplay; now let's see if someone tries a cosplay with her less humanoid accessories maybe using similar techniques used for that General Grievous cosplay a while back.

All superhero versions of Disney princesses. Can you name them all? I failed at it. Duke Nukem & Recette Lemongrass: not your typical team up.

Some neat cosplay of Jillian from Family Guy.

This is called "Simon, you promised!!" WATCH THE HEROES OF COSPLAY AT WORK THIS AUGUST ON SYFY!
Are you prepared for the world to learn about cosplay? Ready or not, Syfy is about to dive in with their new series Heroes of Cosplay and we finally know who’s in the cast!


We previously learned about not one, but two geeky reality shows coming to Syfy. One, Fandemonium, seems like The Real World populated with all nerds, the other previously had the working title of Cosworld but has since transformed into Heroes of Cosplay. The show is a six-episode docuseries following some of the biggest names in cosplay. From the press release on SideReel:


Yaya Han – Yaya is one of the acknowledged legends of cosplay whose entrance at each convention – always in full costume – never fails to create a stir. A source of inspiration and intimidation to the contestants, Atlanta-based Yaya Han is often a judge at contests.


Riki LeCotey – Riki moved from rural Canada to the United States to follow her passion for cosplay. A special effects technician on sci-fi films, she is also the founder of Cosplay for a Cause, which has raised money for victims of the Japanese Tsunami.


Monika Lee – Monika is from Atlanta and a student at the Georgia Institute of technology, where she’s majoring in industrial design. A cosplayer since the age of 13, competed in numerous craftsmanship contests winning several “Best in Shows” and various other awards.


Victoria Schmidt – Victoria is co-founder of the geek fashion and style blog settostunning.com. A passionate fan of cosplay since high school, she’s especially proud of being Princess Leia on LucasFilm’s Star Wars float in the 2007 Rose Parade.


Chloe Dykstra – Chloe was almost fated to be in the cosplay community; her father is an F/X legend, having worked on the original Star Wars and Star Trek films. An actress and model, she hosts the Just Cos show on YouTube’s Nerdist channel.


Jessica Merizan and Holly Conrad – Jessica has performed in regional theater in Southern California since she was five years old. Together, she and fellow cast member Holly Conrad co-founded a costume fabrication shop, cosplay community and new media entertainment company. Holly was mentored by her very qualified grandfather, Dorse Lanpher, an F/X animator for Disney and others. She now works in the special effects business for several major studios, in addition to her business with Jessica.


Becky Young – Becky has created costumes since attending San Diego Comic-Con in 2006. A trained actress, she has voiced Video Game Nussie on Maxim Radio and was a judge on CBS Sports’ Guitar Hero Competiton show. She lives in Burbank.


Jesse Lagers – Jesse lives in Portland, Oregon, where he works as a software systems administrator. He hopes that success in cosplay competitions will lead to his own business creating costumes and props. Jesse is a stickler for realism and authenticity in all of the costumes he creates.
The show will premiere August 13th on Syfy, directly after the premiere of their returning hit Face Off. Smart move.


I have to say, it’s an odd turn of event to see a show with a majority female cast for a change but I’m surprised they didn’t want to showcase more of the great male cosplayers out there too. No word yet on when Fandemonium will premiere but my sources say filming has wrapped on that production. If you want to stay updated with Heroes of Cosplay, you can like them on Facebook.
Click to expand...

April O'Neil from the TMNT Nicktoon. Adorable cosplay of young Angel from Savage Dragon. (Here's an image for her from the comic for comparison) 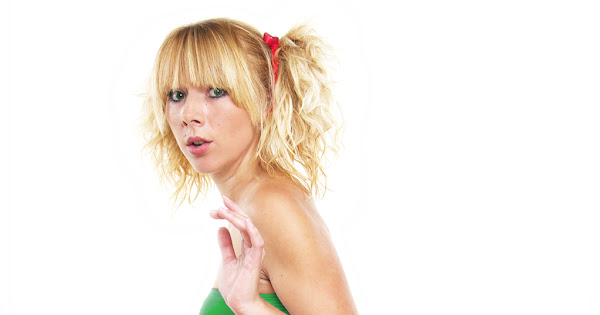 photos.app.goo.gl
You must log in or register to reply here.

AudreySnappy
Happy 51st Birthday to Nicole Sullivan!
Today at 6:16 AM •••

SweetShop209
I wish a happy birthday to Carmen Osbahr and Nicole Sullivan.

Palk Áron 2002
Today it is officially the 15th anniversary of CN City's European introduction, which was originally the aim of why I introduced a CN style look. But as of 16 April this is the permanent look of me.
Today at 5:44 AM •••