Let us turn back the clock to about a time between Naruto's fateful pact with Sasuke at the end of the Kage Summit Arc and before Kabuto and Madara made their alliance for the Great Fourth Ninja War. The revived Tsunade sends Team Yamato (in what one could say is their final mission, canon or not) to investigate the massacre of the Tonika Village (as well as recent grave robbing of several Ninja and Akatsuki graves).

Omoi VS Ameruyi Ringo
The Power Arc (or The Chikara Arc) is probably one of the most well-regarded Filler Arcs in the series. I could be mistaken, but I read this arc was originally going to be Power: Naruto Shippuden the Movie 7 (or Naruto the Movie 10) but was instead converted into a six-episode Arc for the TV Series, hence the fluid animation and continuity gaffes established by the pre-The Last films (I would also add the episode opener might or not be a different version. If the episode begins with Tsunade sending Team Yamato, it is the TV version originally broadcast. If the episode instead begins with the set-up of new characters and the aforementioned massacre, then it is the Director's Cut released on DVD). Rather than make six separate threads, I will combine this into one six-part thread.
Please no spoilers. Kabuto won't like it.
Last edited: Apr 5, 2020

OK, to all you people who tend to dislike Naruto filler, I urge you to at least watch this multi-parter. It's genuinely really good, and like the above post stated, it was originally going to be a movie, so the animation is gorgeous. It's worth a watch, IMO.
Reactions: Yojimbo
H

Previous episodes of the franchise you've seen him direct include: 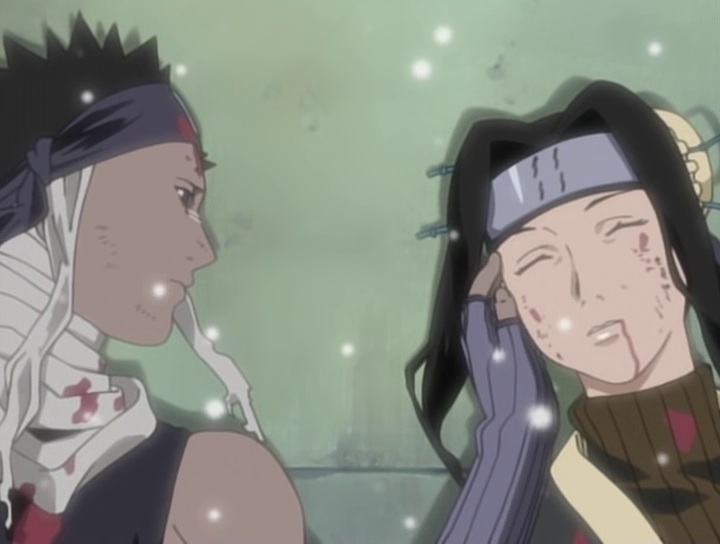 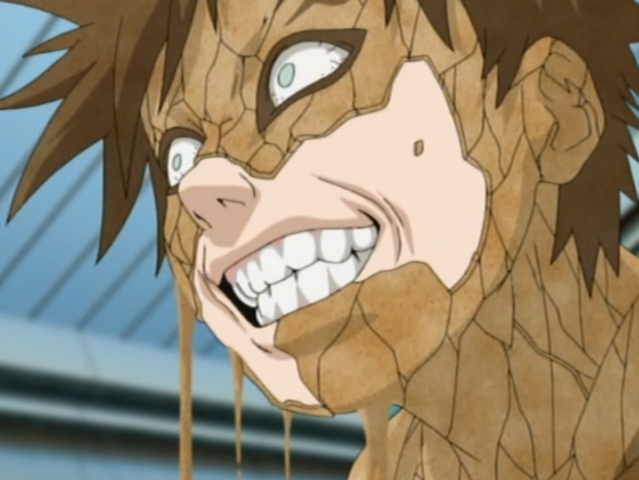 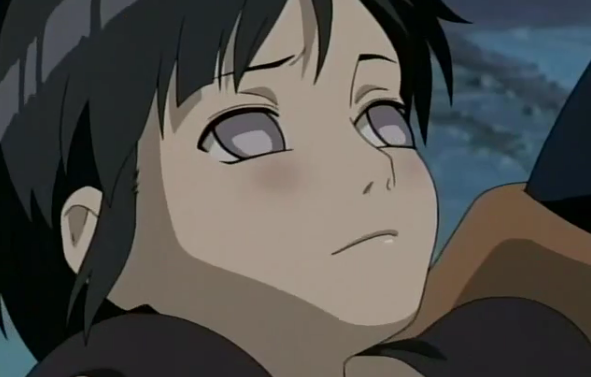 And in Shippuden so far, episode 82: 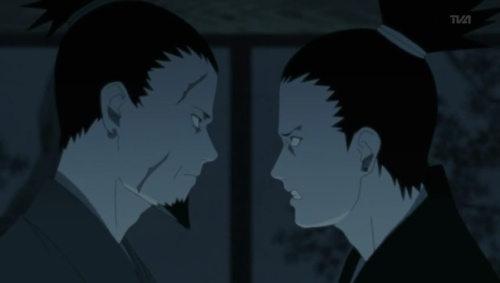 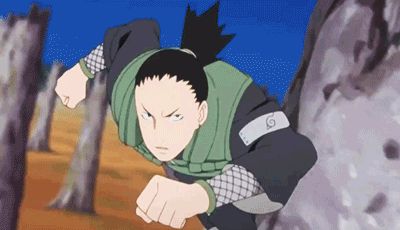 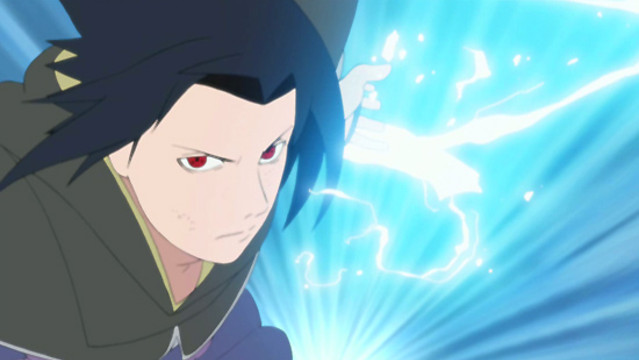 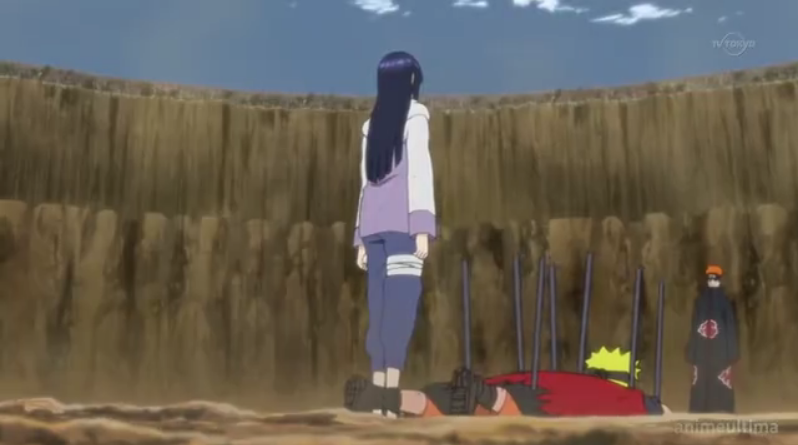 To name a few. You may notice how characters are designed more clean and soft, shading is minimal, a more notable sheen is added to characters hair, among other things. Expect all that and atmospheric lighting and scenery in this arc.

So as A. Magik listed, this is the Director's Cut we're seeing. I haven't seen any of the Naruto movies (and again I haven't read spoilers/know how this series plays out) but are the "continuity gaffes" a deal breaker for the uninitiated like me to watch this arc?

It's definitely of a higher quality. Quite odd they turned a movie into a filler arc. Is there a reason for that that's been revealed?

This quality of animation, this clearly was meant to be a movie, I wonder what happened?
A

Yojimbo said:
So as A. Magik listed, this is the Director's Cut we're seeing. I haven't seen any of the Naruto movies (and again I haven't read spoilers/know how this series plays out) but are the "continuity gaffes" a deal breaker for the uninitiated like me to watch this arc?
Click to expand...

Not at all. As I wrote, this is set before the War started. So anything that happens in this arc has already been established by the previous episodes. Anything that happens here you are aware about. The gaffes I mentioned are how the movies (at least some of them) contradict established facts. Like this story showing the gang witnessing EdoTensei before the War or Kabuto still in his half-human/half-Orochimaru DNA form or Tsunade already in recovered form (when her awakening & Snake-Kabuto's meeting with Madara happened at the same time). Heck, there would be little time between Tsunade's awakening and Naruto's Paradise 'mission' for this arc to happen.
Reactions: Yojimbo

Yojimbo said:
It's definitely of a higher quality. Quite odd they turned a movie into a filler arc. Is there a reason for that that's been revealed?
Click to expand...

I don't know if anything was ever explicitly said about that, but what is interesting to note is that Naruto had annual films from 2004 through 2012. There wasn't a film released in 2013, and these episode aired in Japan in November and December 2012, so the timing definitely adds up.

Some fans just blame a declining box office, but yeah, I don't think anything was ever confirmed.
Reactions: Yojimbo

How does this arc end on May 5? That's a Tuesday.
A

It is Episode 2 of the Power Arc, as the reasons for the village attack is revealed and the principals meet up.

A village is attacked and pillaged, its only survivors a teacher and five children (one of whom possesses two rods given to the portly teacher). Tsunade sends Team Yamato- Naruto, Sakura, Sai, & Yamato- to investigate. They reach the neighboring village, where Naruto and Sakura encounter Kabuto and his army of Edo-Tensei. Naruto finds himself overwhelmed underwater.
As stated before, I am making this arc one big thread instead of six separate ones. Although this Arc is set before the Great War IV, please no spoilers of its direct storyline. Kabuto will not like it.

Naruto standing stark naked in front of them with the kids staring at him in amazement saying "no wonder he's the legendary hero." Make of that what you will.
A

"Wow! So that's why you're the Legendary Ninja!"

...OH! You're talking about his ability to float on the water! I thought you were impressed by something else by the nude Naruto...

The snake Mina saw in Naruto's palm reminded me of that early arc in Boruto but yeah, it's got to be what Kabuto did to the lake in Part 1.

Maybe I've become cynical but I don't trust that elder guy, Dio-somethin', who studied the Hole. It hasn't been that long I don't remember how treacherous old dudes on this series can be: Danzo. But if Dio isn't a surprise bad guy, I'll eat a shoe.

But the Seizuri thing he described, I wonder if he was talking about Tailed Beasts but it almost sounded like he was describing some kind of clone jutsu. There was the evil dark thing, then a fiery thing of light was made to oppose it. I don't know if it's supposed to be a mythology nod but Ama no Hoko sounds similar to something from the Izanagi and Izanami creation myth. I think it was a spear like a naginata. It's got to tie to the fire being the elder described. Because Izanami died giving birth to the god of fire.

But heh heh, was just starting wonder if Naruto would get punched by Sakura in this arc.

I know these aren't canon characters, I wonder how would these kids be in the Boruto time period. The oldest are around Konohamru and friends age. So you do the math.
A

Something is wrong with Naruto as Part 3 of the Power Arc continues.

Kabuto's Edo-Tensei attack on Team Yamato is interrupted by the instability of his creations. Naruto survives drowning but not before ingesting some of Kabuto's snakes. Naruto and Sakura take lodgings with Shiseru, an officer of Hacho Village who is also housing her childhood friend Dokku and the orphans from Tonika Village. At first wary of Naruto, due to remembering similar Ninjas destroying his village, the refugees warm up to him. Yamato and Sai get information from the village leader Disonasu, who explains the area holds the Hole, a base of great power. Kabuto continues to improve his Edo-Tensei, getting communications from an unknown ally. Naruto is feeling something wrong with himself.
Things start to get crazy here. Please no spoilers for this arc.
H

So for episode 292, the staff credits include Yasuhiko Kanezuka & Masaya Onishi as the animation supervisors for parts A & B respectively (before and after the commercial break) and Yuu Yamashita as the episode director and storyboard artist.

Man, someone figure out Mina can see the chakra infection snake things... too late. Whatever it is cloned Nine Tails or something.

Deidara and Hidan arguing about their defeats was amusing but I thought the latter was only buried alive?
A

Things have gotten bad in Episode 4.

Naruto tries to teach the kids some Ninjutsu, but he seems pretty under the weather. Only Miina knows something is pretty wrong. This, plus her rejection of her returning grandfather, sets up the climax, as Kabuto invades the town with his Edo-Tensei, and Naruto unwittingly unleashes out of him a feral Kyuubi creature!
Action! Love! Drama! Kyuubi! Kakashi! Gai! The Konoha 9! This Episode's got it all! Although this is a filler arc, and the Manga and Anime have finished, please no spoilers. The Kyuubi form will kill you.

Oooh, Hidan is a copy like this Nine Tails. Got it.

Wow, Shikarmarus shadow attack looks so sick with this animation. Attacking Kabuto on the roof. The opening fights were hella fluid. Guy and Rock's team up salvo was amazing, too.

Geez, if Kabuto can perfectly clone himself an army of Nine Tails...

Yep, my cynicism was correct, the chief was dirty.
A

I first saw this battle on YouTube; seeing Hinata being smacked away made me initially think: Narusaku writing this story. But then I saw the full Arc on DVD, viewing last episode where Sakura equally gets smacked away.

G
Ghoster1987
IMO C.H. Greenblatt wrote and storyboarded some of the best episodes of Spongebob and Billy and Mandy.
24 minutes ago •••