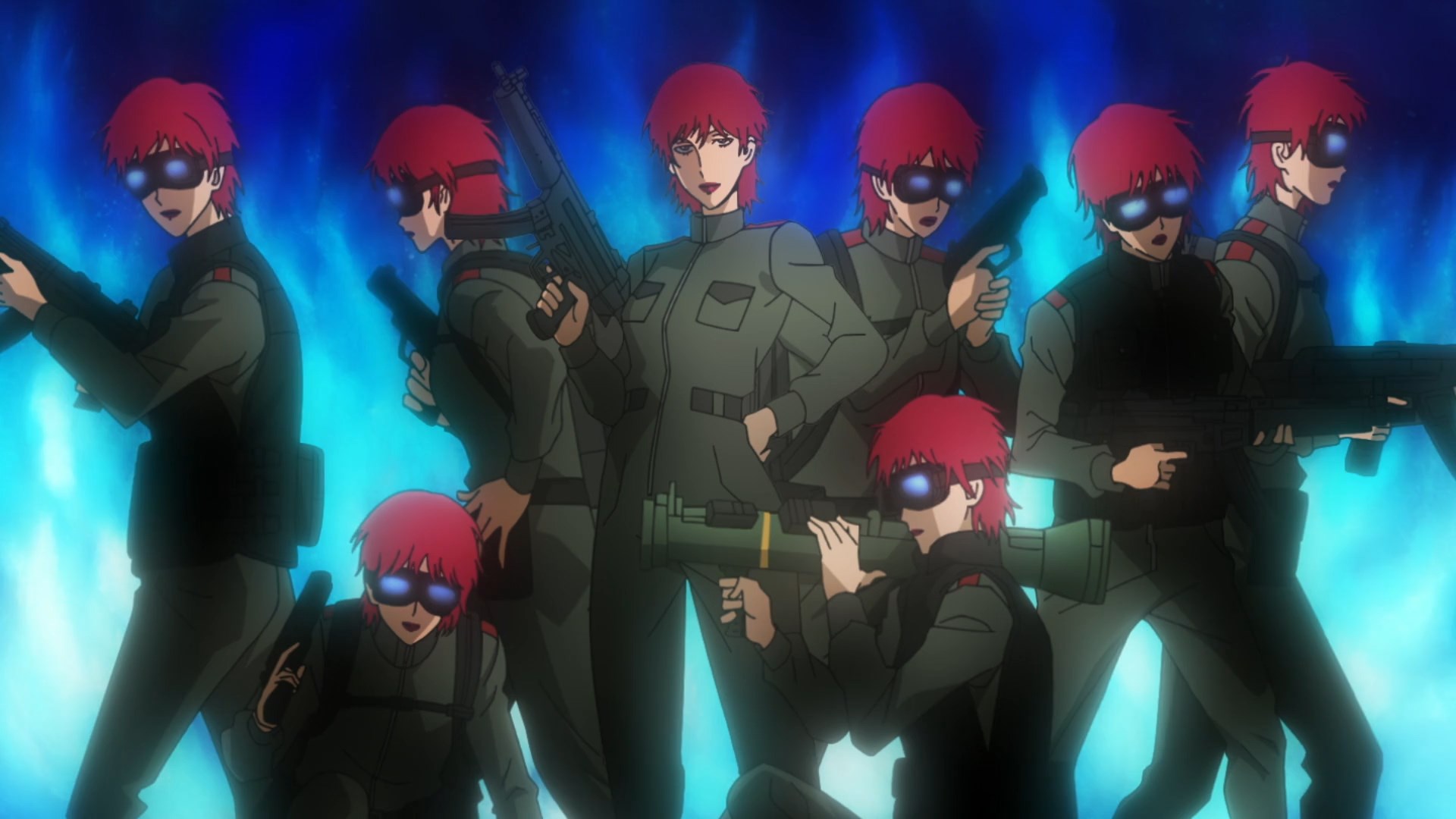 Lupin has set up his quarters in New York, but suffers from boredom until Fujiko tells him about a jewelry auction featuring treasures associated with classical myths. When he sees a large red jewel in the catalog which was stolen from his grandfather's vault by a female master thief, Lupin decides to steal it back. Lupin befriends a florist named Mattea who he dupes into delivering his electronic flying drone insects to the auction as part of his plan. However, during the auction, he is foiled by a heavily armed group of identical red-haired women who burst in and grab the treasures. Lupin gives chase, but during the battle the red jewel falls into the hands of the women's leader when he stops to save Mattea from falling debris. As the leader leaves with the jewel, Lupin explains to his gang that she knows he is connected to Tomoe, the thief who stole the jewel from his grandfather, and supposedly, his "mother".
This time:
A bank robbery abroad becomes a family matter when a rival thief reveals a startling connection to Lupin.

I gotta do SOMETHING with all these songs.

This was all an elaborate ruse for the sake of asking Lupin why he never calls.

"When are you gonna settle down, Lupin? You know, your cousin Bobby's a doctor now."

Last time: A boy's best fiend is his mother.

Kinda young to be your grandpa.

El Vira, huh? Sounds like a Mistress of the Dark to me.

The world's most notorious thief comes to visit, and you want your grandpa.

Elvira, huh? I'd post a song about this, but the Oak Ridge Boys aren't British.

Lupin does all his best thinking overlooking vast canyons. Especially if they happen to be on a woman.

Ah, of course. Not his biological mother.

"I thought we were finally getting to your origin story."
Pretty sure that ship has long since sailed Jigen.

And I just learned to read and write and count and stuff.

Aren't all teachers expected to take a bullet for their students these days.

Is there ever such a thing as too many cop cars? ...actually, now that I think about it, there kind of is.

Ever heard of something called "overkill"?

Ah, so they're transwomen. They're progressive thieves.

Always in awe of how Lupin literally drops into situations.

"Lupin didn't even have the guts to show his face today."
Well, if the street was full of tanks and cop cars, I wouldn't show my face either.

I didn't know Jigen had eyes.

Did Fujiko find an invisibility cloak?

So that would make Mercedes Lupin's "sister"?

"Bang! Picked that up from a space cowboy I met once."

Plotline to be continued later.

Should I have used Pink Floyd's "Mother" instead?

Nobodyman said:
"Bang! Picked that up from a space cowboy I met once."
Click to expand...

Along with the closing credits.

Would have liked to have seen more of a throwdown between Mercedes and Fujiko, but oh well. That police officer, Ari, is pretty cute too.
You must log in or register to reply here.