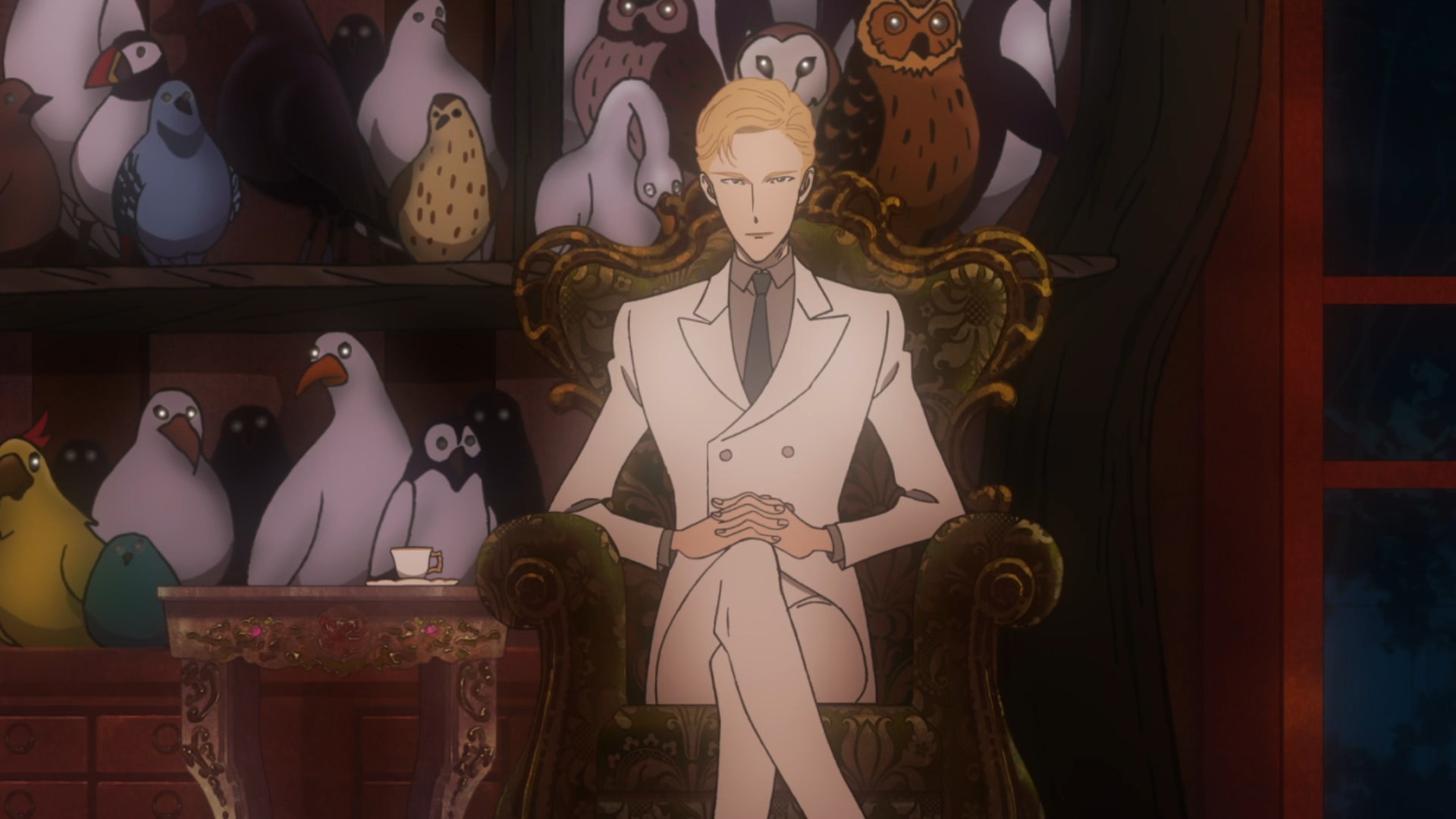 The specialist treasure hunter calling herself Cherry lures Lupin to an "underground" auction of some treasure of the great pirate Zeke Barbatos who was active in Brazil 75 years ago. The treasure reportedly included the Jet-Black Diamond and Venus Ruby.

At the auction, Lupin encounters an elderly woman who buys a kokeshi doll similar to his own which is part of the treasure. Lupin steals it and then returns it to the woman after extracting her scrap of Zeke's treasure map, but Fujiko swipes the pieces to track down the Jet-Black Diamond herself. The woman, her granddaughter, and Fujiko converge on the location of the treasure in Brazil, with Jigen and Goemon following suit while Lupin stays behind in London.

A drone he pilots meets up with the women, as they learn the woman is actually Cherry, as well as the sister of Sakura, Zeke's lover, who committed suicide shortly after Zeke's execution. They meet at the foot of a tree where the flowers bloom every 75 years in the full moon, with Cherry leaving the two dolls at the base of the tree as a memorial to the two lovers, not interested in any treasure.

Fujiko digs to find the diamond, but a scuffle with Zenigata reveals the box only contains pepper, as it was a valuable commodity 75 years ago and was referred to as the "Jet-Black Diamond".
This time:
Lupin and Fujiko need to dig up an infamous fossil, but end up uncovering an even more ancient truth.

I hope you didn't think I would compile a playlist of British music and NOT include these guys.

The Beatles - "And Your Bird Can Sing"

Previously on Lupin III: The real treasure was in our hears the whole time......and peppers.

Last time: A treasure that's nothing to sneeze at.

Bird? Is bird the word?

Does Fujiko always visit museum five seconds before they close?

"How'd I like the Natural History Museum of London?"
I thought it was the British Museum.

Archaeopteryx is a cool name.

This guy loves birds so much he needlessly murders and stuffs them.

"Academia was in the habit of substituting belief for evidence."
Today we have religion for that.

I may need to go to a Wiki for this one.

Don't tell me the bird god told him to do this.

I guess the British Museum was too busy looting pyramids.

Weird seeing God and Darwin mentioned in the same conversation.

He was your ride back when Fujiko inevitably ditches you.

As usual, security guards looking everywhere except the monitors.

...was that racist? That wasn't racist, was it? Fujiko is a thief and a golddigger, but I don't see her as a racist.

What kind of anthropologist squats in disused mansions?

Security guards, always drinking coffee and reading magazine instead of looking at monitors.

...I think the record's stuck.

Is this all some kinda time loop?

Lupin dressed up the old-fashion way when it comes to breaking in.

Oh Fujiko. I don't think Lupin ever left you.

Wasn't this the plot of a Simpsons episode?

Oh, but don't worry Mikhail. She'll give you a bird alright.

Lupin hates to see you go, but he loves to watch you leave.

If you look closely, you can see the words MADE IN TAIWAN etched on the side.

...I think the record's stuck again.

Fujiko is an atheist?

So... could someone please explain this episode to me? Is Mikhail supposed to be some sort of supernatural being?

marklungo said:
So... could someone please explain this episode to me? Is Mikhail supposed to be some sort of supernatural being?
Click to expand...

The implication is that Mikhail is an angel (Mikhail or Michael is one of the few named angels in Christianity). The fossil they discovered is supposedly the fossil of the fallen angel Lucifer (aka Satan).

So yeah, this episode was weird.

Nobodyman said:
The implication is that Mikhail is an angel (Mikhail or Michael is one of the few named angels in Christianity). The fossil they discovered is supposedly the fossil of the fallen angel Lucifer (aka Satan).

So yeah, this episode was weird.
Click to expand...

Just confirmed this at TV Tropes. Thanks. However, this begs the question of why the creator of the universe needs help from mortal thieves in the first place...

Nobodyman said:
The implication is that Mikhail is an angel (Mikhail or Michael is one of the few named angels in Christianity). The fossil they discovered is supposedly the fossil of the fallen angel Lucifer (aka Satan).

So yeah, this episode was weird.
Click to expand...

...yeah, this definitely was a weird one.
You must log in or register to reply here.