Episode 22 – Master of the Mansion

After the battle is over, Tanjiro and Nezuko are taken to the Demon Slayer Corps headquarters. This is where the Hashira Meeting between the Corps leader, Ubuyashiki, and the Hashiras, the most powerful swordsmen in the Corps, is to be held. The Hashiras censure Tanjiro for violating the Demon Slayer Corps by protecting a demon. And then, the Wind Hashira, Sanemi Shinazugawa, raises his sword against Nezuko...
Click to expand...

No Spoilers or Get Slain.​

Huh, so apparently there was some Rick and Morty thing during SAO, which is why this episode is running late.

Okay, I thought they'd be cool with him towing his sister along in a box.

So they're judges, jury and executioners, I see.

The snake guy is also a referee, I see.

This is why the Planeteers were restricted to five.

"I think you need some water."
(Tanjiro starts to drink, then she slaps the water jar out of his mouth)
"ALL RIGHT, TALK, YOU PIECE OF CRAP!"

Are we sure this Mist guy isn't the Flake Hashira?

In their quest to destroy monsters, it seems they've become the greater monsters.

Seems Serpent guy is doing his part to prevent the Coronavirus.

Is he being tried by the Black Bulls?

I don't think that's how the girl-in-a-box magic trick works.

Uhh, Tanjiro, let's not add assaulting an officer to the list of charges.

That's a headbutt. On the house.

That guy really overused his Byakugan.

"Seppuku?! Hey, I never agreed to that!"

"A slayer travelling with a demon is unacceptable!"
I dunno, I think it'd make for good television.

Four of them would execute them on the spot, whereas two of them aren't even paying attention. I love the Demon Slayer justice system, don't you?

That seppuku bit makes it sound more like a stay of execution.

Objection! ...where's that video game lawyer guy when you need him?

He looks like Toshiro from Bleach if he was completely nutso.

I mean, even if I wasn't a demon, I think I'd still attack that guy if I were in her position.

Not before Nezuko's had her coffee.
M

Just in case you are wondering, all the Hashira who are behaving like assholes to Tanjiro and Nezuko have totally tragic backstories that explain their behavior much later...

To be fair, I would assume a good demon is very, very rare if not unprecendented to them so it makes sense the Hashira would be skeptical such a being exists and it's way more likely they had 100% negative experiences with demons. So... (even though Nezuko seems like a hybrid to me)

sigh, so of course the Love Hashira has a boob window...

A blind master. Intriguing. Wonder who he fought back in the day.

That's intriguing none of the Hashira ever encountered Muzan or don't know what his powers are.

So Sanemi doesn't expect Nezuko, demon or human, to attack him after he's stabbed her repeatedly?

This episode really made me feel for our sibling protagonists. No matter how bad his own situation is, Tanjiro will do anything to defend Nezuko.

I thought that this episode was pretty good. While I can understand why they'd want to put on a trial for Tanjiro as soon as possible, it also seemed pretty harsh to not even give him some time to recover. At least Shinobu gave him some water and helped him out, but waiting even a couple of days might have helped to give him more strength to make his case.

Most of the Hashira members had some pretty cool or memorable designs, but most of them felt pretty gimmicky or one note. To be fair, they were introducing a bunch of new characters at once, so this was a quick and easy way to make them stand out more. Aside from one case, it didn't bother me too much, but not too many of them came off as particularly noteworthy to me in large part because of their gimmicks. I already find the Love Hashira extremely annoying. She blushed over anything and kept saying that she loved pretty much anything or anyone that showed up. It just old super fast, so I'm not particularly eager to see more of her. I also found her outfit, mainly the whole showing off her cleavage, really annoying. Yeah, it's obviously for fanservice and to give them credit, they don't focus in on that part of her design that much, but I just thought it was incredibly impractical for a Demon Slayer to basically have a target right on her chest. This would bother me more if she was the one token girl of the group, but we have two and Shinobu actually seems to have less of a gimmicky based personality compared to her, so that helps.

Tanjiro asking for Nezuko to fight along side him as a Demon Slayer made sense. She has already helped him in multiple fights, but that wouldn't be an easy sell for the Hashira. Tanjiro talking about how they shouldn't be a Demon Slayer if they can't tell a good demon from a bad one sounded extremely naive though. I think that we've only seen three good demons thus far in the series. That includes Nezuko and they basically had to put a spell on her in order to make her not want to eat humans, which I still really don't like. It helped them out in the long run obviously, but I still wish that Nezuko made that decision for herself. With rare exceptions, all demons Tanjiro have come across are bad and I doubt that any of the Hashira have any positive experience with demons. It was still really satisfying to see Tanjiro headbutt that one Hashira member after he kept stabbing Nezuko. He was such a major jerk and it also showed how powerful Tanjiro can be even after he was so heavily injured.

I was surprised that Urokodaki did send a letter about Tanjiro and Nezuko's situation. A part of me wonders why his case wasn't well known among the higher ups before now, aside from the dramatic tension of having it play out on-screen, but it's hard to say when they received the letter. I thought it was touching how Tomioka seemingly agreed to kill himself if Nezuko ever did kill a human. He was the first Demon Slayer to encounter Tanjiro and Nezuko and first planted the idea of what Tanjiro could do to help his sister, so he would feel responsible if Nezuko did eat another human. It still seemed pretty harsh to stab Nezuko multiple times and then expect her to not fight back. I'm sure that they were trying to unleash her demon instincts to prove that she should be killed, but it just seemed too harsh and unfair. Overall, it was a pretty good episode.

Light Lucario said:
it also seemed pretty harsh to not even give him some time to recover. At least Shinobu gave him some water and helped him out, but waiting even a couple of days might have helped to give him more strength to make his case.

I was surprised that Urokodaki did send a letter about Tanjiro and Nezuko's situation. A part of me wonders why his case wasn't well known among the higher ups before now, aside from the dramatic tension of having it play out on-screen, but it's hard to say when they received the letter.
Click to expand...

I think both answers are the same, it was because it was the midannual meeting. I guess the meeting doesn't last many days so there was some urgency to put them on trial before the meeting ended and the Hashira go their separate ways to resume slaying. And I'd wager these two meetings they have each year is when they are all fully debriefed on happenings, such as Tanjiro and Nezuko, and mission outcomes, such as Tanjiro meeting Muzan, whereas throughout the year, they aren't informed on a daily basis. Their birds just simply give them mission orders and not new info. Which yeah, is troublesome in terms of logistics and planning.

I'm glad we are on a new plotline and that we are done with pitying spider demons. The trial wasn't extremely predictable as I thought the boss guy was gonna exonerate Tanjiro and all the hashira would be okay with it. Stabbing Nezuko was pretty terrible considering what we know. The worldbuilding hasn't been that on point as we hardly know how many good demons exist. We met a pair of them a few arcs ago and the show implies they are rare, but I don't know how rare. I do actually think Tokyo Ghoul had better worldbuilding, even if the anime adaptation was pretty messed up (I'm not really sold on Tokyo Ghoul: re replacing Demon Slayer based on what I've heard and Demon Slayer so far is more coherent and enjoyable than that Root A nonsense). But yeah, this is an intense situation and the show has some life left in it even if all the eye candy fight scenes are over.
You must log in or register to reply here. 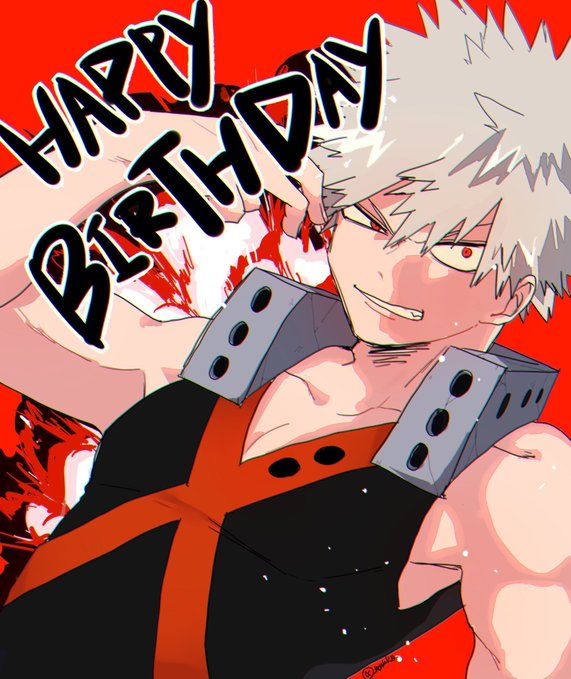