Would't it be a hoot, if the real "Liv" turned out to be as evil as her clone? The writers could surprise us.

zoombie said:
So the Liv we saw in her sole season 1 was that real Liv or fake Liv?
Click to expand...

That was Di / Fake Liv. Remember, she mutated Orso Knox in that episode, and the only reason those monster mutations started happening was because Di was trying to find a way to cure Liv.

Would't it be a hoot, if the real "Liv" turned out to be as evil as her clone? The writers could surprise us.
Click to expand...

Nah, the real Liv struck me as a flawed person, but not evil, and legitimately upset at the horrible things that her clone had done in her name.

Wait...flawed, but not evil? Wow, I wonder if she will end up as Krei's significant other. XD
Reactions: Orangesilentplanet

You know if they don't find out Big Hero's true identities, it shows how dense and incompetent Megan and her dad with how much Hiro giving it away. How Aunt Kass doesn't know is beyond me.
Reactions: Orangesilentplanet

Megan and her dad had a lot more personality to them this time around. They're going to make fun central antagonists for this arc, especially since they're not actually villains (the actual villains by the season finale is definitely going to be Trina and Noodle Burger Boy with whatever revenge scheme they have planned...and I wouldn't be surprised if Obake himself resurfaces by the end too!)

Write Turn Here: I couldn't even watch all of this episode. I had to fast-forward through so much cringe.


City of Monsters - Parts 1&2: This was a good way to end the Monster-Arc. Hiro and Karmi started to finally get along (Karmi saying that she respected Tadashi probably really helped with that). We finally find out why the real Liv needed help with and that Di(AKA Fake Liv) was a clone(I believe I actually guessed that). I actually hadn't noticed that thing about Hiro constantly being kidnapped. It just wasn't random enough for me to notice. Now if he was constantly kidnapped in the last few episodes, then I can see why Hiro's friends were following him around.
It was nice seeing that the team was able to come up with a plan and that it was for Minimax to get Bessie's crazy buddy Ned, and it was funny how that plan worked out.
I liked that Hiro was able to get Karmi to fight off Di's commands and that it was the real Liz who stopped Di's madness. I'm betting that a phase-3 will be Di teaming up with Obake with one who masters genetics and the other with robotics. Shame about Karmi, hopefully this'll be temporary. It was cute that Go-Go kept a Mayoi.
Reactions: Zanneck
O

If this was the "real world," all of Hiro's little looks, shrugs, stutters, anxieties would give away their identities all by himself. When people act like that, it's a dead give away and can even be described in gambling circles as a "tell."
Hiro is doing more damage by being around Megan and her Dad than all the evidence Megan is collecting.
If I were BHS, I would ask the other team members to do damage control, rather than Hiro. He's not helping.

Sometimes tv makes things too obvious. I remember all the "asides" Clark Kent gave when he was around Lois, before she learned his secret identity in the nineties. They were so obvious with Clark "winking" at the viewer/reader.

"Empty carbs cannot save you now!" I love Min-Max's dance of evil.

Let me get this straight. The front of Fred's house falls down, he tells the butler to clean it up, and then goes off to the comic shop anyways? I can't speak for anyone else, but if part of my home is destroyed, I'm going to stay there awhile to check the damage, and make sure nothing worse happens. Another thing to prove the rich really ARE different from you and me.

Season 2 of Big Hero 6: The Series continues! New episodes air this week at 7:30AM ET on Disney XD, and at 3:30PM ET on the Disney Channel! The episodes will also be available on DisneyNOW. 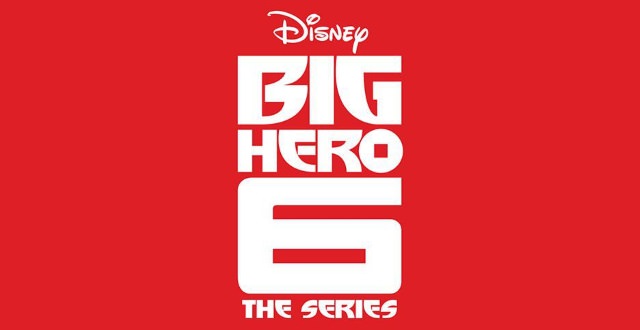 Professional mech-wrestler El Fuego is intent on becoming the toughest fighter in San Fransokyo and decides he must beat the strongest challenger he can find, Baymax.

Nega-Globby takes control of Globby’s body to cause chaos around the city.

Mod Note: We appreciate and encourage discussion, but please keep your posts civil, relevant and insightful. Please do not post any improper or inflammatory material, as we will issue warnings if we believe it necessary. And remember to keep the discussion ON-TOPIC!
O

Let me get this straight. The front of Fred's house falls down, he tells the butler to clean it up, and then goes off to the comic shop anyways? I can't speak for anyone else, but if part of my home is destroyed, I'm going to stay there awhile to check the damage, and make sure nothing worse happens. Another thing to prove the rich really ARE different from you and me.

You just don't have your priorities straight. Jthree

El Fuego: This was a nice touching episode. My only complaints are the constant "wrestling is fake" and that we didn't get to see if Cass's advice to Fred works (we really need to see Richardson lose against Fred for once). Fred should at least take back those underwear that Richardson stole.
I like Honey Lemon's wrestling attitude. I never realized until recently, that the cartoon series Honey Lemon doesn't have the mad-scientist part of her that the film Honey Lemon has. Has anyone else noticed this?

Orangesilentplanet said:
You just don't have your priorities straight. Jthree
Click to expand...

September 9th:
Sorry Matt (Fone Bone), My spell check was off, and I typed my name wrong. But Comic Books are the most important things in life. Fred had it right.

P.S. We only have two new episodes coming up for awhile. Do you think we'll get any sightings of Karmi or developments on the next new plot line? El Fuego was a nice change of pace from the big buildup for City of Monsters, and was a nice one-off before the next new storyline.

I liked Baymax showing up at the end out of costume, because his presence gives himself an alibi for being the robot from Big Hero 6. That was accidentally useful.

Normally, I'd be inclined to call Honey Lemon's enthusiasm endearing on any given topic or hobby, but since this one is so tacky and violent, it's not.

I love Aunt Cass wishing for a second local TV station. In a city as big as San Fransokyo, that is not too much to freaking ask.

Big Hero 6: The Series "The Globby Within"

Wow, Chief Cruz isn't just a jerk. I think he's a bad cop. I don't mean a corrupt one. I mean bad at his job. He lets his personal feelings rule over common sense. Not a good look, especially if he want Hiro to approve of a ship between him and Aunt Cass. ***.

Dun dun dun on the cliffhanger. Of course, the culprit was pretty obvious.

"That changes nothing." Which is precisely why Chief Cruz sucks.

I love Basemax and the guy who built the base. I especially like that he doesn't like Fred. Or Wasabi because he's standing next to him.


Normally, I'd be inclined to call Honey Lemon's enthusiasm endearing on any given topic or hobby, but since this one is so tacky and violent, it's not.
Click to expand...

Fone Bone, it's interesting a few people make comments about Honey Lemon's out-of-character zeal for this sport. She's rarely this emotional, but I didn't mind it so much. Been thinking about Honey Lemon and wondering why she's such a favorite character to some fans. For me, it's because she's so sweet, and not bitter and cynical as other members of the team are. Do I dare say, HL is "old fashioned" with her sweetness and optimism. Also enjoy her fashion sense, its relaxed, yet attractive.

Oh wow, they're going to team Hardlight up with Trina, aren't they?

Check out a new episode of Big Hero 6: The Series, premiering today at 7:00AM ET on Disney XD, and at 9:00AM ET on the Disney Channel!

When Hiro finds a wrapped present in the closet, he assumes it’s from Aunt Cass and takes it in order to figure out what it is. However, after a mix-up, the present becomes lost and Hiro enlists the Big Hero 6 team to track it down.

Big Hero 6: The Series "The Present"

The cool thing about this show's villains is that I don't think most of them are evil. They're just naughty at worst. And because of that, I can enjoy them being a part of the Christmas card at the end.

I thought that was a very clever way for the show to have the episode title at the beginning to get around Disney's new mandate of "No title cards". Very clever.

Does Santa actually exist in this continuity, or is Krei just super dumb? It's possible Santa exists because this show is more Disney than it is Marvel. But never count out Krei being super dumb.

I liked Tadashi's last present, but I feel like even if it tied into the beginning, it didn't quite live up to the hype. On the other hand, it's not like Tadishi knew it was going to be the last present he ever gave him. The show kind of wrote itself into a no-win scenario there.

The stuff with Globby says this was aired out of order. Both Globby and Big Hero 6 are currently outlaws as of the last hiatus, but they aren't here.

Momakase blackmails Hiro into helping her steal her family’s knives from Yama’s safe.

Mod Note: We appreciate and encourage discussion, but please keep your posts civil, relevant and insightful. Please do not post any improper or inflammatory material, as we will issue warnings if we believe it necessary. And remember to keep the discussion ON-TOPIC!
O

D-nice is the man.
Currently re watching Even Stevens on Disney+. I always loved the chemistry between characters Louis and Ren Stevens, imo.
Today at 1:41 AM •••

RandomMe
Many people around the world in the past few months, on Twitter "complete the phrase" games:
X is the best time/a good time to get the latest Flash Player
Yesterday at 7:15 PM •••
H
harry580
im new here
Yesterday at 4:22 PM •••

Rabbitearsblog
WOO HOO!!! Sonic is getting a sequel!! What would you like to see in the sequel? I hope that the sequel focuses on Sonic and Tails' growing friendship with each other since that's a major part of the series. Also, it would be great if either Metal Sonic or Knuckles appeared in the sequel, depending on what story they are shooting for in the sequel.
Yesterday at 12:01 PM •••

Tacomaster
I’m on a Bug Girl kick again, but now I can’t help making comparisons to The Fly(1986). This desperately needs a fanfic in that vein.
Yesterday at 10:15 AM •••
Top Bottom