As part of their deal with Paws Inc, Nickelodeon has acquired the rights to air the webseries, Lasagna Cat. Season 1 will begin airing on April 1st, 2021. The episodes can be viewed here.
P

Nearly 20 years ago, the infamous SpongeBob episode "Sailor Mouth" aired. It featured numerous utterances of profanity, but they were all censored with ocean-related sounds, with one word in particular being censored with a dolphin chirp.

But Nickelodeon has listened to the fans, and now finally, they and Paramount will release a DVD containing the uncensored "Sailor Mouth" - along with other SpongeBob episodes deemed controversial by the network and fans, such as "SpongeBob, You're Fired".

The DVD release will come out on September 22, 2020, 19 years and one day from the date that the episode originally aired. To dissuade parents from buying this for their children to watch, the front cover will feature the RIAA "Parental Advisory: Explicit Content" label prominently on the front.

I found leaked info about some of the spin-offs.

LinusFan303 said:
The Loud House (live-action) starting with its pilot movie in December, this will take the Louds into our real world.
Click to expand...

Reports say that it will have a premise similar to the live-action adaptations of The Fairly OddParents.

LinusFan303 said:
Clincoln Mcloud The world's two best friends take their antics in their own series where Lincoln Loud and Clyde Mcbride are traveling the country on their summer vacation.
Click to expand...

There will be a handful of episodes made for foreign markets, including Japan, where Nickelodeon reopened in 2018, Canada (on YTV, reruns on Nickelodeon Canada) and in Mexico, for Nickelodeon Latin America.

The show will only air on Nick USA. However, there will be a Korean version made for the SBS-run Nickelodeon Korea. NickMusic won't run it because it's an automated channel.

Similar in concept to 22 Short Films About Springfield, but as a television series in its own right.

LinusFan303 said:
Under the Sea- A Spongebob and Loud House crossover and spinoff series; The Louds are merpeple and live in Binkni Bottom , antics ensue
Click to expand...

I have more information about this given by an insider, because he's looking at fanart of the show to adapt it to the merworld environment. First: leaked pictures of two of the Loud sisters as mermaids:

Here's the chaotic part: the producers don't know what kind of tail Lincoln should have, but they believe the first kind is better: 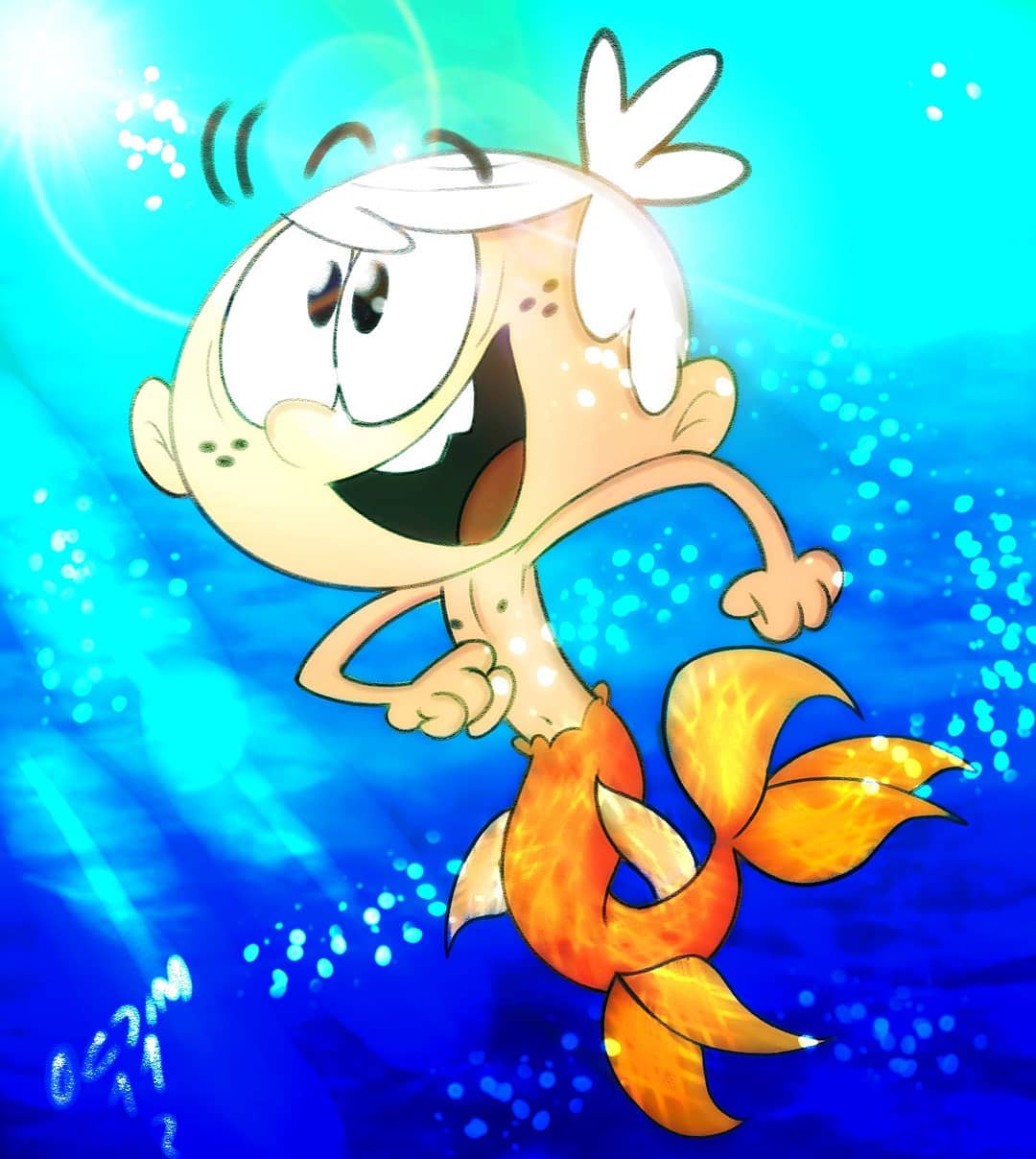 There already is a SpongeBob-Loud House crossover on DeviantArt, however network executives want to do a new one from scratch, scratching even the hypothesis of calling Lincoln "Fish Boy" at first:

TLH and SBSP Crossover Pt. 1 by SSBrandon on DeviantArt

TLH and SBSP Crossover Pt. 2 by SSBrandon on DeviantArt

TLH and SBSP Crossover Pt. 3 by SSBrandon on DeviantArt

TLH and SBSP Crossover Pt. 4 by SSBrandon on DeviantArt

Asa said:
They should call it iAnimated
Click to expand...

They should have called the last season of the live-action series iQuit.

Asa said:
They should call it iAnimated
Click to expand...

How will I get to watch them all in time???
Reactions: LinusFan303 and Low Spark of Lyman
A

Nickelodeon has confirmed that since Nick@Nite has a big love for Friends, the block will rebrand itself into a block called Friends@Nite. It will always consist of Friends reruns every night from 10PM-5:30AM. No acquired program, aside from Friends will air.
Reactions: RainbowCupcake

I'm glad they'll be there for me

I wonder if it be interesting that starting next month Friends will air on Nickelodeon block weekends afternoons slot in addition to airing on Nick@Nite slots much.

Reminds me of this:

because the episodes are always in the same order

They're planning Under the Sea for June 2020! The animators have been working since October 2019 and now they have about eleven or twelve half-hours worth of showing, if the situation tends to continue. It will be shown on all Nickelodeons worldwide and also on Netflix in some countries. It's going to be a kahoot!

Remember Gabby? The town crier from 1939's "Gulliver's Travels" who got his own cartoon? Well that cartoon series is being rebooted. Nick's gonna cancel it soon!

Now we have 2 animated crossover movies between Harry Potter and Teenage Mutant Ninja Turtles. The first movie has the turtles and their allies travel to Hogwarts to help Harry Potter take down Voldemort and the Kraang. The second movie has Harry and company go to New York to take down The Shredder and Dolores Umbridge. The first movie is written by Jennifer Muro and directed by Jennifer Coyle. The second movie is written by Marly Halpern Graser and directed by Glen Murakami. Here's the trailer.

Underwater series related to The Fairly OddParents. Here the maon characters are Timmy Turntrout, AJ and King Greg. Cosmo and Wanda from the parent series are also here.

I've been given a copy of the first episode of Under the Sea and it was awesome! It's also a crossover with Fairly OddTurntrout as Timmy Turntrout is in it.

CNC
Mao Mao has been on hiatus since October. There will be no new episodes airing in June in the U.S., despite those last 9 episodes of Season 1 (31-40) allegedly leaked by Aussie streaming service Stan back in April, and we've been telling ourselves NOT to spoil any of these episodes on social media until they are officially released.

5YearsOnEastCoast
Take this with a very huge grain of salt. While I was on Tomb Cartoon Monkey Skeleton, I found a comment which was saying which new CN originals will premiere this and next year.
Today at 12:10 PM •••

SweetShop209
I found this interview that Pam Arciero (Grundgetta from Sesame Street) took part in. I mainly skipped to 1:35, where she mentioned how production on the show ground to a halt because of the pandemic. There was about 1 more week of material to tape. She says they could start again in October, but that could change.
Yesterday at 12:31 PM •••
Top Bottom