Thought this was going to be about some evil corporation.

We hope that you choke.

RandomMe said:
Will there be a crossover with Baby Shark and Bebe Rico?
Click to expand...

An episode of Baby Shark will actually serve as the backdoor pilot for this show. Not sure about the latter.

5YearsOnEastCoast said:
Will he/she appear in Kamp Koral/ Sponge on the Run?
Click to expand...

He will appear in every single piece of Nickelodeon media from now on. You can never escape him. Neither should you.

RainbowCupcake said:
WAIT!! Y'all are forgetting about Jojo Siwa! Shouldn't she appear in this timeless show? Perhaps she can voice the title character!
Click to expand...

Jojo Siwa will actually voice every character in the show. She's just that good.
Reactions: Low Spark of Lyman, 5YearsOnEastCoast, RainbowCupcake and 1 other person

A cartoon based on iCarly is coming to Nickelodeon. It's created by Jerry Trainor, with Miranda Cosgrove, Jennette McCurdy, Nathan Kress, and Noah Munck as executive producers. The show is coming out next year. Here's the pitch for the series.

BREAKING NEWS: Nickelodeon has picked up a SpongeBob anime which will debut in January 2021!
Here’s the theme song:

BREAKING NEWS: Nickelodeon has picked up a SpongeBob anime which will debut in January 2021!
Here’s the theme song:

We hope that you choke.

Due to the increasing online popularity of the original show, Nickelodeon has decided to capitalize on it by ordering a live-action movie adaptation of the cult classic Fanboy and Chum Chum. Created by Eric Robles, the show initially received mixed to negative reception, but as time went on, people have started to pick up on the subtle genius of this masterpiece and have since been singing its praises on social media.

It is unclear when the casting process or production on the movie will commence due to the COVID-19 pandemic, but according to an insider from The Small Feet Kernel, the producers have Steve Buscemi and Danny DeVito in mind to play the titular roles of Fanboy and Chum Chum.

Okay this is awesome.
Reactions: RainbowCupcake

So much Fanboy and Chum Chum news today! So glad this awesome show is returning in multiple formats!

That's basically what they feel like doing. Capitalize on cult shows. I wonder why they didn't reboot The Nutshack yet.

The post series finale comics for Legend Of Korra will be adapted into a 10 episode season 5. Here's the theme song.

Image below is the near-official image to new animated sitcom coming this fall, with previews first on Nickelodeon before CBS will play the show Tuesday nights at 8 after NCIS ends a 17-year-long stint next month. 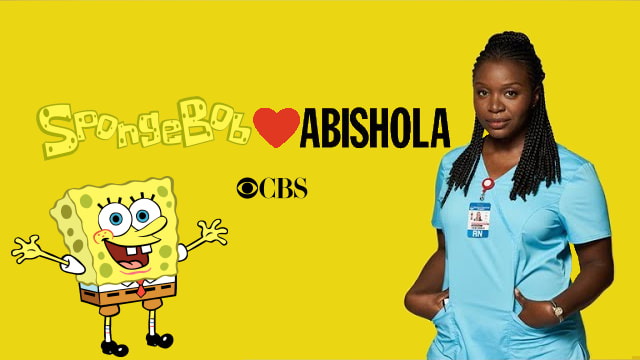 This sounds like a charming series, hope it does well.

Nickelodeon announces 12 Loud House Spinoffs. With the sucess of "The Casagrandes" Viacomcbs owned kids network , will be launching 12 more Loud House spinoff series. Why 12? Why not 12?

The Loud House (live-action) starting with its pilot movie in December, this will take the Louds into our real world.

Clincoln Mcloud The world's two best friends take their antics in their own series where Lincoln Loud and Clyde Mcbride are traveling the country on their summer vacation.

The Lori Loud Show Follow Lori Loud in her college days as she spends time with her boyfriend, Bobbby Santiago, and new college friends.

Baby Loud House - Lisa has turned all her siblings into babies, while she tries to fix that , see the Louds have baby adventures

Linka Loud's House - The Louds but the Genderbend universe, follow Linka Loud as she navigates life with 10 brothers.

Ace Savvy- The adventures of comic book Hero , Ace Savvy, and his sidekick ,One Eyed Jack take over the screen

Under the Sea- A Spongebob and Loud House crossover and spinoff series; The Louds are merpeple and live in Binkni Bottom , antics ensue


Nickeloden will introduce each series at the start of each month in 2021. To make 2021 the Loudest year ever. They've also renwed the main series to run for 10 more seasons and "The Casagradnes" to run for 8 more seasons.
Reactions: 5YearsOnEastCoast and RainbowCupcake

This is going to tank. Spongebob is too new of a series to have that big of a following and I never heard of Abishola.
Reactions: LinusFan303
P

Perhaps the greatest grunge singer outside the big 4 from Seattle, Scott Weiland, will get a biopic on Nickelodeon. It will cover his early years, through the years with Stone Temple Pilots, Velvet Revolver, and his solo band.
Reactions: Low Spark of Lyman

I’m not trying to be a Debbie Downer, but I feel like Nicktoons are going down the pooper. Rugrats was good, until they started making new episodes again. I heard they have a new movie coming out later this year. Yikes. Rocket Power flat out sucks. And don’t even get me started on the hot mess As Told By Ginger appears to be. Spongebob is good, but I don’t see it lasting very long.
Reactions: RainbowCupcake

The only movie in the entire world.

Yeah, they ain't what they used to be.

They remembered that iCarly exists.