Richard Linklater (Waking Life, A Scanner Darkly) is directing a new animated film for Netflix, set for release next year. 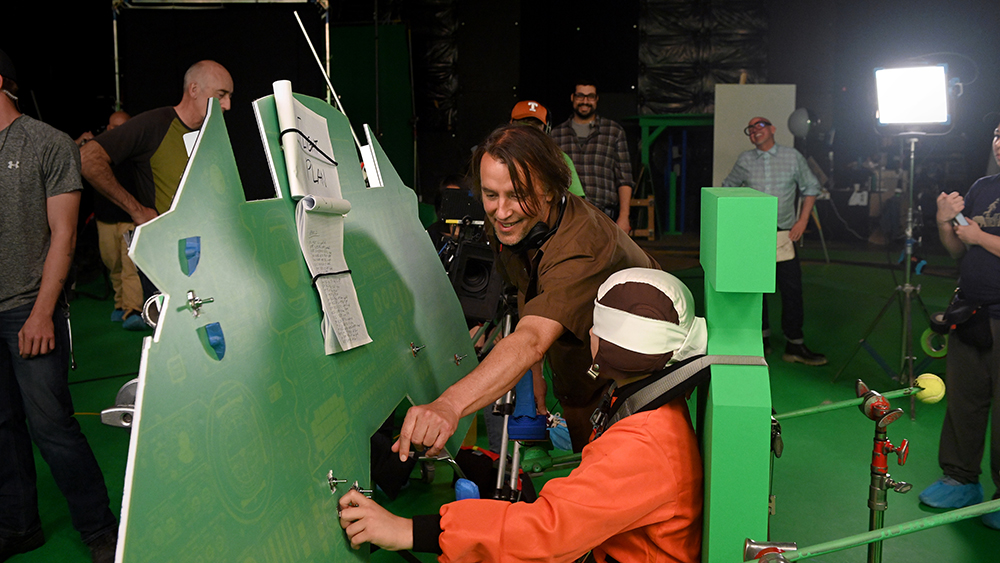 Netflix nabbed Richard Linklater’s “Apollo 10½,” an animated film set against the backdrop of the Apollo 11 mission to the moon. The project, announced Thursday, coincides with th…

“Apollo 10 1/2” is inspired by Linklater’s childhood in Houston. Linklater directed from his own script, which attempts to interweave the astronaut and mission control view along with an excited child’s perspective, living near NASA, but mostly watching it on television. The film centers around a kid’s fantasy about being plucked from his average life in suburbia to secretly train for a covert mission to the moon.
Click to expand...

The movie will be a hybrid of hand-drawn animation, CGI, and live-action.

I watched it tonight after a tip-off in the Animated Oscars thread. I really liked it- it's been a while since I've seen a Linklater film and it was a treat to see that stylized rotoscoped look again.

Surprisingly, very little of the movie is directly about Stanley's mission to the moon- most of it is a nostalgic look back at growing up in the '60s in general. Not that I minded- I'm a sucker for stuff like this, and can't help but wonder what kind of stuff I'd put in an autobiographical movie about growing up in the '90s.

I liked how they kept cutting back and forth between Stanley's secret mission to the moon with the much more public Apollo 11 one, and his dad's concern that he missed the moon landing due to being sleepy was some great irony, since to Stanley it's old news.

There's some slight but fun mild conflict between dad and one of Stanley's older sisters who was countercultural- my favorite moment is when she says "Right on" in response to something said on TV and the dad merely gives her an annoyed look but doesn't speak up because he has to pick his battles and doesn't want to start something during such a historic event.

Worth a watch.
You must log in or register to reply here.

RainbowCupcake
Meow
Yesterday at 4:15 PM •••
G
Ghoster1987
Today i learned that David Cronenberg (The Fly, Scanners) has a son who’s also a director and i saw a very psychedelic arthouse film made by him called Infinity Pool. I hope he becomes a more high profile director some day.


I wouldn’t recommend it to people who don’t watch arthouse movies though. It’s also very adult-oriented if you know what i mean
Saturday at 9:53 PM •••

Elijah Abrams
Update on the M&M's situation. He has reliable sources in this video.

Vuxovich
Was "Xiaolin Chronicles" dubbed in both European Spanish and Latin American Spanish, like "Xiaolin Showdown"?
Saturday at 4:55 AM •••