Elijah Abrams said:
There should be a special commercial-free night of Animation Domination with two new episodes for each show, in order for their season finales to arrive on time in May.
Click to expand...

Not necessary. Now they just air against the grammys.

New logo for Housebroken revealed today. It looks simple, but good. Now I can't wait to see what it looks like.

Wayne's neurotoxic hallucination was absolutely fabulous. He'll be back to no time in normal.

His friends absolutely suck though. He can do better.

Violet's moral to tie things together was a bit shaky, so it wasn't exactly a happy ending. But it was close enough to one.

The animation in the freak-out sequences was great. ****.

This is not the first tribute episode the show has done for Marcia Wallace. But I think this is the first one that was worthy of her and what she meant to the show.

It's interesting and cool that the show doesn't take a moral stand one way or the other about Lisa telling Bart the truth. On some level part of it is vanity, but another is because she really wants to help him. Either way I like that Lisa isn't a bad guy for it.

Either Harry Shearer still played Dr. Hibbert in this episode or the replacement they got for him was REALLY good.

I am very glad Lisa's Mike Pence joke is dated.

Loved the still of Edna watching the Bob Newhart Show.

Stampy performed of his own free will. Because that's the first thing I was worried about.

Bart sets a bunch of books on-fire simply because Bart is the worst. I can think of few fictional characters with fewer redeeming qualities. It's stuff like that which makes it hard to sympathize with him for moments like the end of the episode.

Also nice to get some closure for Ned and Edna's relationship, although Flanderization has struck again. It's SO sad that Al Jean was right, and it is necessary during the current climate, but when Bart suggests it's better people make their point and stop, he's actually right for once.

For the record, I would not tolerate anyone else putting together my Lunchables. That's the entire point of them.

Where was the Shrek stuff actually from? I didn't get that bit.

I love that Moon pretends to have face-blindness.

That was nice. I really continue to like Judy. She's nice which is cool.

I'm rooting for Beef and Deb down the line too.

I don't have much else to say about this episode other than I liked it. ***1/2.
The Great North "Curl Interrupted Adventure"

I didn't like most of it (Curling is a weird sport) but I liked the last five minutes. Judy being excited at improv was funny, and I liked the joke that Delbert wasn't dead, he was just really, really hurt. But I wasn't feeling the rest of the episode. **1/2.

Hugo is the worst. His date seems like the worst too so they are a good fit.

Gene literally ruins everything. I cannot stand that character.

Poor Teddy and his heart medicine. I like Linda saying him decorating his apartment for Valentine's Day was sad.

Bob and Linda's lists as the end were cute.

Didn't love it. Brian's ending was unexpected because it was kind of nice though. And I like that Oscar died on-brand. Good joke.

But I wasn't feeling the episode. Simpsons won the night. ***.

Holding his breath for a movie

I agree, Bob and Linda. Ten reasons would be much too hard to come up with.

Bad advertising on Fox’s part by not listing Bless the Harts as all new. The ratings usually are 0.4-0.5 but it was 0.2 today. Many thought it was a rerun on their listings and didn’t watch or record it.

Location
The middle of nowhere

Here were the ratings from last night. 18-49 demo in parentheses.

Yeah, Bless the Harts is doomed. Just to put that into perspective, BTH’s lead-in, Cherries Wild, got 1.11 million viewers and a 0.2 adult demo.

Bigawesome2000 said:
Here were the ratings from last night. 18-49 demo in parentheses.

Yeah, Bless the Harts is doomed. Just to put that into perspective, BTH’s lead-in, Cherries Wild, got 1.11 million viewers and a 0.2 adult demo.
Click to expand...

If you saw my quote above you can see why it underperformed. Next week will definitely perform better at least.

Fone Bone said:
Either Harry Shearer still played Dr. Hibbert in this episode or the replacement they got for him was REALLY good.
Click to expand...

Yup was that was still Harry Shearer as Hibbert's new VA will only start next week. 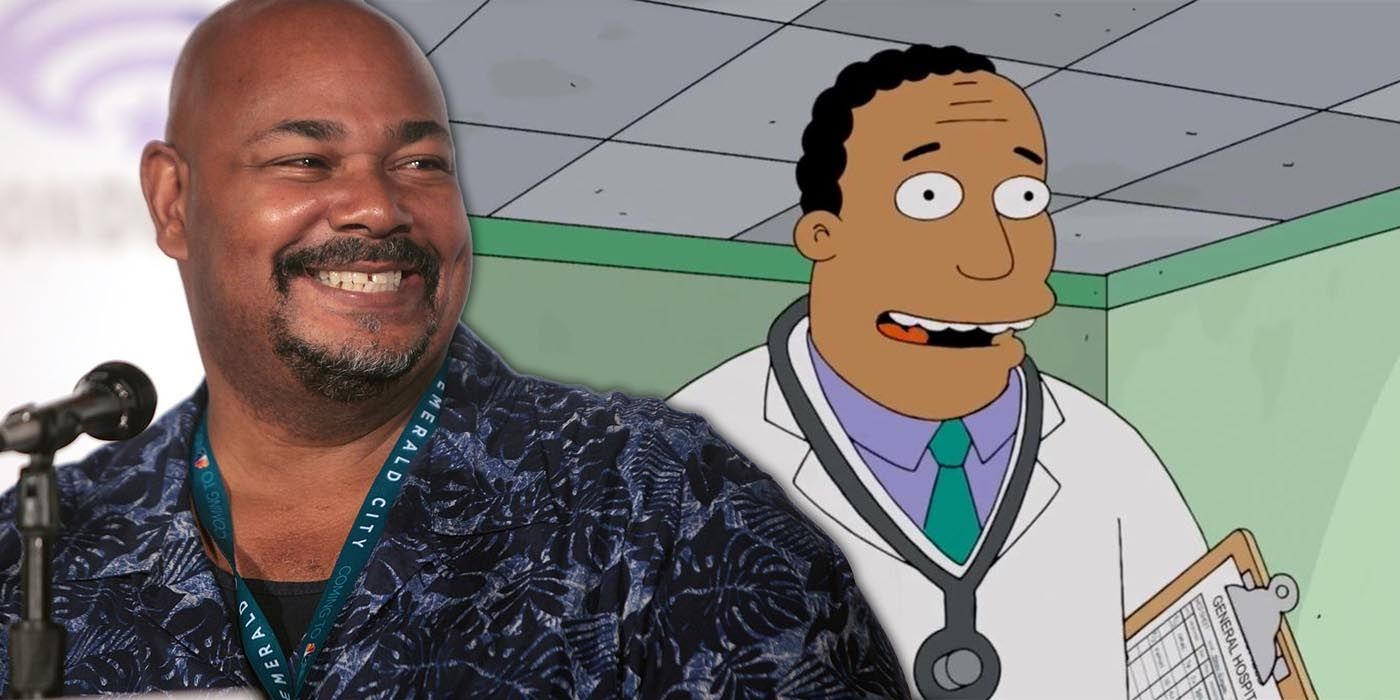 I do find it weird that it took much longer to recast Hibbert then Carl especially since Hibbert's new VA kevin Michael Richardson has been doing voices for the show for YEARS so you think it'd be easier to have him as Hibbert now but again, we don't know how long these things take but guess that means this is actually the last episode with Shearer in the role. Heh I imagine that Richardson's take on the character will probably sound a bit like his Cosby from The Boondocks and I guess at least The Simpsons is faster then getting this done then Family Guy as we still have to wait for NEXT season for Cleveland's voice to change and on FG they better make note of that considering that is the show that can be more meta with those kind of jokes then The Simpsons can.
P

well I rather have the delayed nascar races on fox sports 1 or 2, fox business is for news every ways
P

harry580 said:
well I rather have the delayed nascar races on fox sports 1 or 2, fox business is for news every ways
Click to expand...

FS1 and 2 have other commitments, and 2 isn't in as many homes as 1 or Fox Business

PF9 said:
FS1 and 2 have other commitments, and 2 isn't in as many homes as 1 or Fox Business
Click to expand...

so air the delayed nascar races on fox sports 1 instead

harry580 said:
well I rather have the delayed nascar races on fox sports 1 or 2, fox business is for news every ways
Click to expand...

Well, I think for big tournaments, the regular Fox network is best. I say that because I watch the World Series in October (or November if it runs that late) and it's nice to have it on the regular Fox network that people like me who just have basic cable actually get. I see what you're saying though. They really shouldn't schedule new episodes of Fox shows when there are big sporting events on. That could be worked around somehow.

Didn't love it. Brian's ending was unexpected because it was kind of nice though. And I like that Oscar died on-brand. Good joke.

But I wasn't feeling the episode. Simpsons won the night. ***.
Click to expand...

Yeah, it's always good when Muppets appear on "Family Guy." Nice Grungetta reference as well. Seems like maybe she and Oscar were married at some point.

I wonder how Duncanville is gonna fare in ratings when it returns this summer. I think it’s gonna average a 0.3 since it’s airing byitself. That’s not a good sign as it was only renewed because of the pandemic with an average of about 0.4. The lowest viewed episode of the show got 860000 viewers, and 2 others got less than a million too. S2 is probably gonna hit all lows for Anidom.
P

Orange Mo said:
They wouldn’t. I wish they did but Affiliates would probably sue.
Click to expand...

I think Fox might actually have a huge amount of leverage over its affiliates if the network wanted to add an hour to Animation Domination.

PF9 said:
I think Fox might actually have a huge amount of leverage over its affiliates if the network wanted to add an hour to Animation Domination.
Click to expand...

Naw Fox doesn’t own a lot of its affiliates. They’d have to work out an agreement with all of them.
You must log in or register to reply here.

D-nice is the man.
Clearly, People seemed to forget that the late Chrtistine Cavanaugh who originally voiced Chuckie Finster on Rugrats, retired from Voice Acting in like 2001, and Nancy Cartwright took over the role since then.
Today at 12:32 PM •••

TheWolfPup2006
"It can be so hard to leave someone you love, but if you find something to remember them by, you will feel less alone." -Willa, one of the Made-for-Qubo segments on Willa's Wild Life

The winner of this matchup is Harpy Gee, which got 5 votes. Both Yoyotoki Happy Ears and Marisa And The Mirror got 0 votes. Now we go into the final round with a 3 way matchup. It's between Missing The Mark, Harpy Gee, and Pizza Pilot.
Today at 6:01 AM •••