Dragnatek said:
We should not condemn the show for modern references but focus on the quality. The PPG reboot was poor quality. Any joke can land or fail depending on the quality of the cast and crew. The 2016 PPG was a lazy show, in animation and writing quality. Honestly the clips we have seen of the new animanaics are far higher quality then the whole of PPG16. So honestly I'm not worried.
Click to expand...

Agreed 150%!! At the least the Animaniacs( from the clips we saw) looks visually pleasing compared to that bastardization that we don't wanna talk about.

powerjake said:
This is from a synopsis from the first episode for the 2020 Animaniacs Pinky and the Brain.

That sounds just like something that came from the Powerpuff Girls reboots forced meme humor.
Click to expand...

Sorry but I agree with Peter, Pooky, Mandouga, Mike, Dragnatek and JMTV Studios on this.

Minor but here are some more comments from Rob Paulsen.

EDIT-
More reviews have been posted. 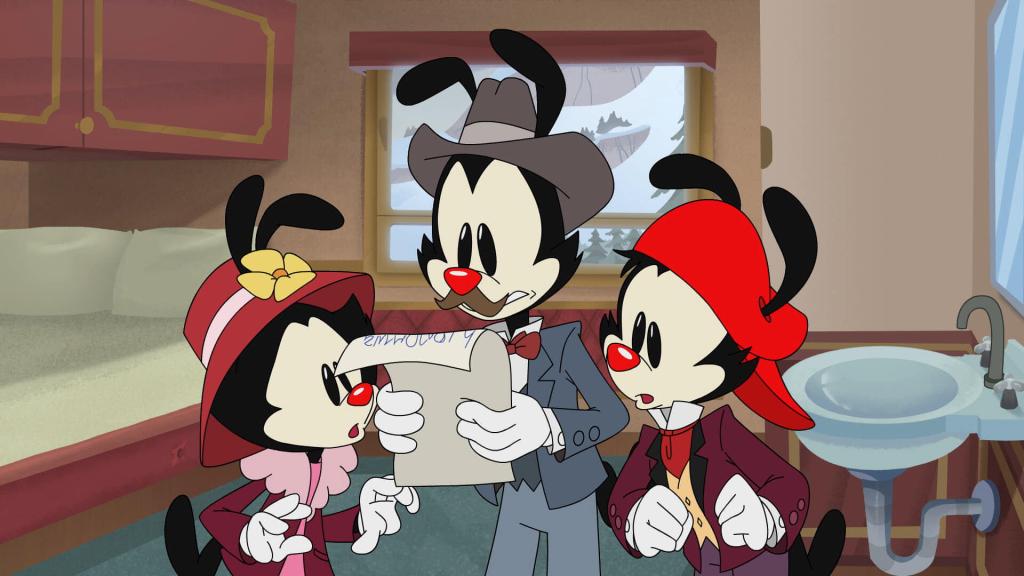 The new “Animaniacs,” premiering on Hulu 27 years after it first debuted and in a world where the iconic WB water tower recently got an HBO Max makeover, is well aware of what its preem… 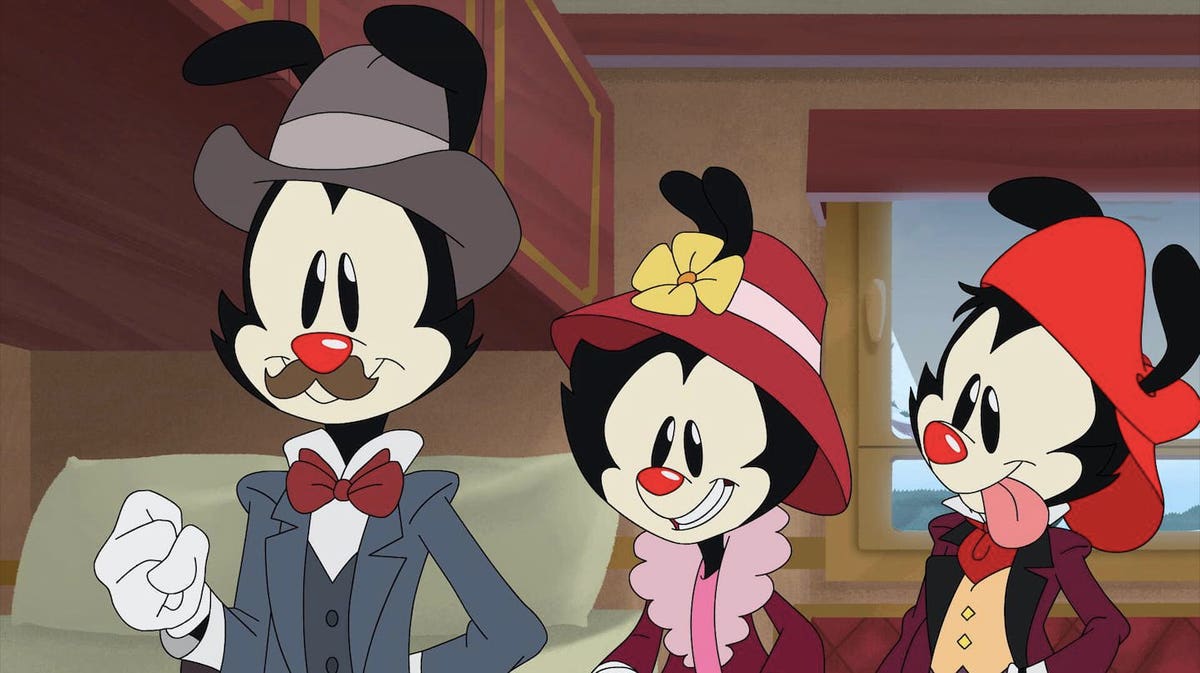 Here’s the theme song remix used in the Hulu trailers and promos.

‘Animaniacs’ EP Wellesley Wild on the Hulu Reboot: ‘Keep the F—ing Lightning in the Bottle’

They’re Animaniacs, and they’re rebooting to the max. In the first big musical number of the long-awaited reboot to the beloved ‘90s animated series, the three deranged siblings who live in the War…

Here's another article about the show.

One of the few people that talks about Qubo

I thought I'd share my thoughts on the reboot, I personally think it lives up to the original quite well. Unlike PPG where that show's humor wasn't about the current tends or memes, etc (at least the original wasn't). Animaniacs was all about making fun of culture from the 90s so it's meta awareness feels right at home. My only real complaint is I wish the other characters like: Slappy, Goodfeathers, Chicken Boo, etc, would have been at least supporting characters but hopefully later seasons (if it gets renewed) will bring them more into the spotlight. Overall I enjoyed the first season and looking forward for more to come.

I watched the Animaniacs reboot on Hulu the other day, and as someone who wasn't an Animaniacs fan, I really enjoyed this reboot. As a matter of fact, Animaniacs 2020 is Powerpuff Girls 2016 DONE RIGHT!

This reboot did a really good job of paying a lot of respect to the original source material, but it give it a fresh coat of paint.

The animation is amazing, the characters are still the same characters that we all know and love, the satirical jokes of our modern times did get a few laughs out of me, the political jokes did crack me up sometimes, and the way they embraced different styles of animation in different segments really goes to show how far the franchise has come.

Unlike PPG 2016, Animaniacs feel like a reboot that filled love, care, and passion and the people behind this reboot loves Animaniacs as much a we do when we were kids. As opposed to PPG,.....they just don't care at all.

Overall, while there are some segments that are better than others, and there are some moments can be a bit dull for me, Animanaics 2020 is a very enjoyable reboot that brought back our childhood characters to a new generation and they'll be wacky and zany for many generations to come.

If you haven't seen it yet, then go check it out for yourselves. Even if you weren't an Animaniacs fan, I suggested to give this show a fair chance. You'll not regret it.
Last edited: Nov 22, 2020

^ Couldn't have said it better myself.
P

Even though I do not care for this Animaniacs reboot, TV Tropes is hating on this cartoon on the YMMV page for it, They hate that it has a wacky nonsense joke and they called it a " Big-Lipped Alligator Moment".

Animaniacs had a history of being very wacky and it does not need to explain the jokes, nothing in the show needs to be explained for crazy cartoony humor.

TV Tropes is known for no fun allowed, nitpicking elitist members that overanalyze cartoons that like to hate on them for petty reasons, not wanting to enjoy the show for what it is.

I have only seen the first two episodes but so far it’s pretty good. It feels like the original (although to be fair, I haven’t seen the original in a long, long time). Like the Ducktales reboot I can tell that this was made out of love.

I've watched 9 episodes so far and dang.. nah.. I don't see where everyone's getting this "it's just like the original!" stuff. It's gotten way wayyy too political, every other episode is just the same old political joke. There's too much reliance on gross out humor, and the characters seem off (Pinky especially seems flanderized to hell). The digital animation doesn't work for something so slapstick heavy, and the Warners don't even behave the same as they did in the original. Where are the little introductory songs? What about making references to pre-90s culture? Or anything that isn't political or an easy joke (like some man's small feet)? They're not even big nuisances like they used to be... I feel like most people see that there are enough elements similar to the original, but they failed hard in the writing department. The only segment so far to come close to the original is "WhoDonut". Some of the songs have been good too, but that's about it. I really wish they had at least contacted some of the original writers as revisionists or something for the scripts, because this does not feel like Animaniacs to me, especially with the lack of supporting cast (and no, joking about it doesn't make it okay). I think what bugged me the most really, besides having nothing but political jokes for the majority of the gags, was the gross out humor, which wasn't there much in the original (especially not to this degree) like no, I don't want to see it's like something out of season 6 of SpongeBob, cripes... I could get even more nitpicky like with the theme song zingers being sometimes overly verbose, but I've probably rambled enough.

It seems to have similar problems to Looney Tunes Cartoons, actually. That too had too many of the same gags repeated (Bugs joking about shoes being off season, the amount of times skeletons got removed from bodies, etc) but also in terms of the animation gags. Not to derail, my point is that modern cartoonists just don't understand anything about old cartoons. This feels more like something you'd get in Ren & Stimpy.. And I know that show was very influential, but I genuinely believe it's skewed people's idea of what old cartoons are like, and just tend to remember that more than anything else. "Ah yeah the 90s, that was like... all gross stuff right?" -probably the Animaniacs writers. It just feels like they didn't bother at all to watch the original series or at least understand what kind of humor they went for. I see so many people online going "yeah Animaniacs was always this political" or "Animaniacs was always about pop culture jokes" when it really wasn't. There was always so much more than that. They did educational bits, historical bits, parody bits. It was a variety show, hence the large cast. But all that's been lost here, and it's just an entirely different show. The way I can sum up the show is "lol reboot", "lol politics", "lol gross out" and that's it... And it's really sad. I wish they'd stop rebooting stuff just because it will sell, instead of having genuine reason for it, with proper love and care.

I assume the three aforementioned studios in Korea are working on season 2, since none of that is on season 1.

OT, but after 20 years someone discovered the Czech version of Yakko's World!

So, this came out.

SweetShop209 said:
So, this came out.

Welp, there goes the chance of Season 2 coming to fruition...
C

Fiddlesticks! We got one new season on Hulu right now, and because of Johnny Depp, they're gonna pull the plug on the next season? And we were expecting more from the Warners and the lab mice, too!

SweetShop209 said:
So, this came out.


superkeegan9100 said:
Welp, there goes the chance of Season 2 coming to fruition...
Click to expand...

It did, but judging by this article, Hulu and WB are gonna reverse that...

It’s Roseanne’s revival all over again...
You must log in or register to reply here.

Thursday at 7:38 PM
the greenman 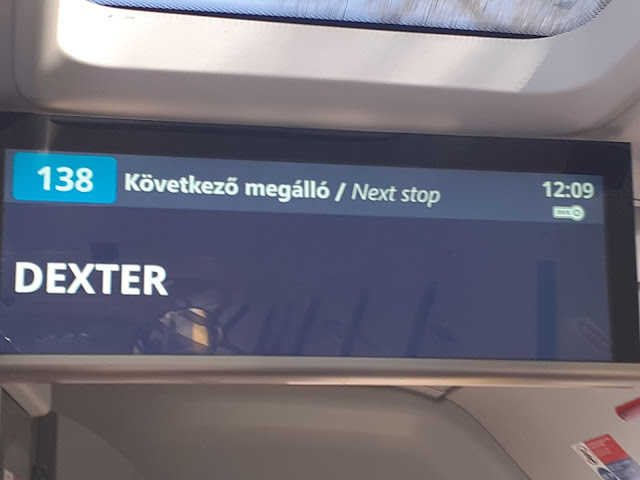