For indecent acts around minors.

The manga has been cancelled Act-Age Manga Has Been Cancelled in Weekly Shonen Jump After the Arrest of Writer Tatsuya Matsuki
Last edited by a moderator: Aug 10, 2020

I've got one word to describe this: Yikes.
Reactions: doomrider7 and RDG

I do commend WSJ for cancelling the series. While it is hard on the artist and the fans to lose the series in such a matter, I kind of appreciate that they acted on this so quickly. Granted, based on his statement from the police, it sounded like he basically confessed, so there isn't a lot of wiggle room to say whether or not he did it. Plus, for something as major as sexually assaulting minors, they needed to act on it quick and they probably don't want to associate with his manga anymore. I also like that they came to this decision after talking to the aritst Shiro Usazaki. They are offering her support and encouragement for future works, which is nice. I have heard a lot of fans feeling bad for her because of being such a talented artist, so hopefully she'll be able to work on another project in the future.

I had heard generally good things about act-age and based on what I've heard, the manga was selling well too. As sad as I'm sure plenty of fans are, I'm glad that WSJ cancelled the series since that is a major consequence to the author's actions. I just hope that the girls he sexually assaulted will be okay since that is never easy for anyone, let alone young girls, to deal with.
Reactions: Fone Bone and RDG

I think it sadly helped that Kenshin was already proven to be a huge money maker well before Watsuki was caught. By comparison, act-age's author is pretty minor. I think that they would have cancelled the manga and the stage play even if the series was more of a hit. Based on his statement and the swift action to cancel the series, it sounds like Matsuki basically admitted that he did it and they probably want to avoid the bad press as much as possible.
Reactions: Fone Bone, AdrenalineRush1996 and RDG

In fact, ALL sales of the manga, as well as most merchandise, have been permanently canceled act-age Manga Volume Sales Indefinitely Suspended After Writer's Arrest
Last edited: Aug 17, 2020

The manga's artist Shiro Usazaki has issued an statement on the cancellation and the writer's arrest. 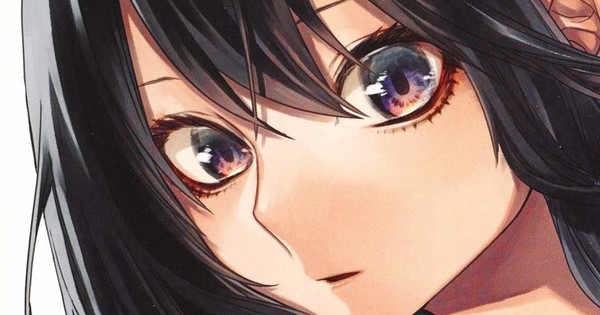 It is incredibly sad that the artist even had to urge fans of the series to not blame the victims for the manga's cancellation. I'm sure plenty of people have already done that despite how it's clearly the author's fault for being a giant creep, but it's just so sad that it has to be mention. I do like her statement though. She came off as very respectful and empathetic towards the victims, especially that it was not a mistake for them to speak out against sexual harassment. That is so important since just reporting the crime can be stressful and traumatic in itself.

While I'm sure that fans are sad that the manga was cancelled, there really wasn't any other option. The author basically admitted it and there was such a negative stigma on the series as a result. It would just be bad press even if they found a way to keep the manga going with a different author. It does make me hope that she's find another manga to draw in the future. She comes off as a really nice person, so I hope that she'll be able to draw another manga and that this won't have a negative impact on her artist career.
Reactions: Fone Bone, AdrenalineRush1996, RDG and 1 other person

Light Lucario said:
She comes off as a really nice person, so I hope that she'll be able to draw another manga and that this won't have a negative impact on her artist career.
Click to expand...

Well, I'm not really surprised about it.
Reactions: RDG

LinusFan303
Happy Linus Van Pelt Day , he was first introduced on this date back in 1952!

SweetShop209
It's interesting how today is Batman Day given how Adam West would've turned 92 if he was still alive.
Today at 11:04 AM •••

SweetShop209
Welcome to the first matchup for this Halloween edition of Media Brackets. Today, we're comparing 2 Nickelodeon Halloween specials that aired on October 13, 2017. They are the SpongeBob episode "Legends Of Bookini Bottom" and The Loud House episode "Tricked".