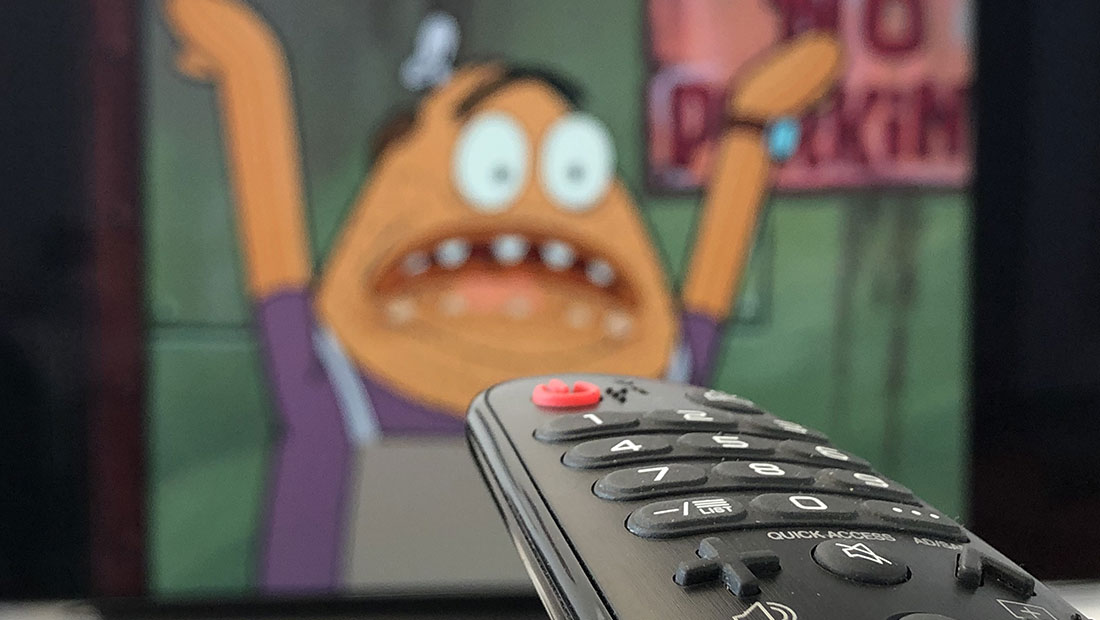 We've compiled a list of all the animated series that are expected to premiere in 2021 on U.S. broadcast, cable, and streaming services.

Youtube
I will update these accordingly. Once they're out (released/postponed), they'll be crossed from this list.
Last edited: Jan 12, 2021

We've compiled a list of all the animated series that are expected to premiere in 2021 on U.S. broadcast, cable, and streaming services.

I will update these accordingly. Once they're out (released/postponed), they'll be crossed from this list.
Click to expand...

That's a lot of cartoons coming next year. Unfortunately I'm afraid I won't be seeing them for few reasons (like I have exams to focus on.) Maybe I could watch them when I finish my exams.
G

You forgot Garfield for Nickelodeon.

glennbyrnes said:
You forgot Garfield for Nickelodeon.
Click to expand...

I'm not too sure about that one. There's no definite year stated for it.

Oh shut up you're so annoying!

I just checked any article/video/post I can find. There's no mention of a postponement, so they have until this month or next month to meet the "2020" release.
M

What about the actual, third He-Man and the Masters of the Universe series?

Mandouga said:
What about the actual, third He-Man and the Masters of the Universe series?
Click to expand...

To Be Determined. Would be He-Man overload next year if that also premiered along with this Kevin Smith sequel and the live-action movie.

Lumberjanes looks interesting. Weird how nobody has talked about it before.

Red Arrow said:
Lumberjanes looks interesting. Weird how nobody has talked about it before.
Click to expand...

The Prince on HBO Max is coming February 2021

No Moon Girl and Devil Dinosaur?

I wonder if Hit-Monkey will be as one-note as he is in the comics.

You can check out the cast for Masters of the Universe: Revelation here:

'Masters of the Universe: Revelation': Everything We Know So Far - What's on Netflix

By the power of Grayskull. Netflix is receiving a brand new Master of the Universe series! Based on the classic 80s cartoon series, Masters of the Universe: Revelations will be a direct sequel to the...

The only one, surprisingly, that has me worried is Mark Hamill as Skeletor. I just...don't know. Hamill is a legend among legends of course, not only as Luke Skywalker but also as the Joker from DC Animated. But Skeletor has to be played with a lot of humor and verve to be effective, and, this might be blasphemy, but I'm not sure a 69 year old Hamill can cut it. His performance will draw immediate comparisons to Brian Dobson 2002 Skeletor, and that is a VERY tough act to follow. Not sure if Hamill has still "got it" or not, but we'll see.

I’d add Micronauts to the list, but I’m not sure if that’s ever coming out.

are they just going to sing the song every single episode?

are they just going to sing the song every single episode?
Click to expand...

As the intro/outro most likely. The show itself might be similar to Bluey.

This one's a bit vague, but Trevor Pryce was supposed to release a few Kulipari spin-offs (Scorpion School, Dawn of the Hidingwars, Warflower, and a CGI remake of the first season) for his digital network between this year and 2021. There's been no major updates after this interview from last year, but we'll see.
You must log in or register to reply here.

P
Anyone remember this cartoon?

Tuesday at 10:04 AM
powerjake
P
A
Weird errors/bugs seen on animation/children's networks

Fone Bone
I currently feel 250 lbs lighter and the knot in my stomach is gone. I feel GOOD. I'm not used to feeling this way and haven't for a long time (at least four and a half years). It is very strange to me.
Wednesday at 5:27 PM •••