Many people have asked why certain shows are so popular with so many people. Especially when it comes to the various anime that have charmed the populace all over the world. While there are many factors that help contribute to success, a key one is that of appearances. Both the main characters, supporting characters, and the villains all strive to have a look that is memorable, impactful (and something you can cosplay). A great example of this can be found with Dragon Ball.

Throughout its history, Dragon Ball has had all sorts of great characters with unique looks. Its villains especially have had a plethora of unique visuals, and one of the best of the best for many is that of Frieza. The galactic tyrant is one that doesn’t have one look, but several, by design. His race can go and transform into more powerful forms, and we’ve seen that play out in multiple ways over the years.

However, in a special piece of concept art that was done for the Heroes spinoff universe, we apparently almost had Frieza…with hair. 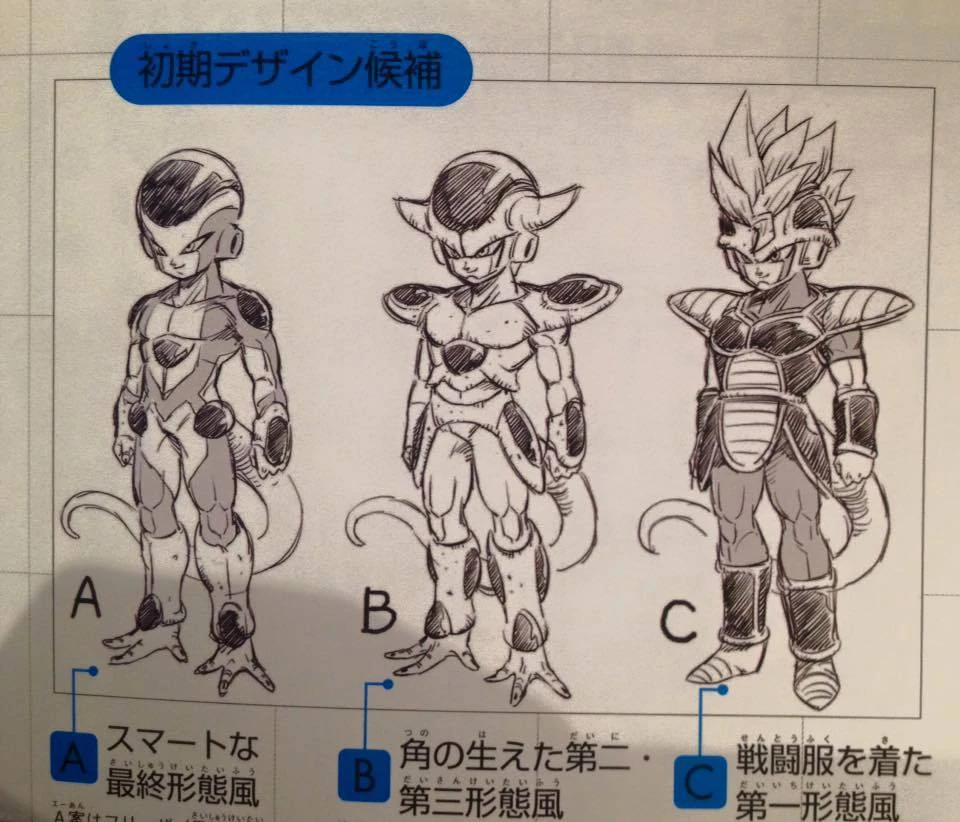 Yeah, that’s…something. And to be fair, they do kind of explain that it’s just a natural evolution of what someone like Frieza could transform into over time. Such as how the “A” picture is Frieza’s “final form” and then the next two are evolutions onto themselves.

The “C” picture obviously has a strong connection to the Saiyan race, and even has the spiked hair that the Saiyans like Goku and Vegeta have when they go Super Saiyan and beyond. Why Frieza’s race would suddenly go from no hair to that is a bit odd, but so is anime in general.

All in all, it’s probably for the best that Frieza’s iconic look wasn’t “grown upon” with hair, as it might have made him look silly instead of menacing.

Avatar The Last Airbender Studio To Use New Animation Style?